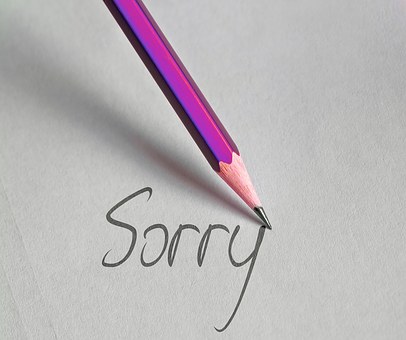 Last month, The Jewish Press published an interview under the title “The Charedi Rabbi Who Changed His Mind on Zionism.” It was about Rabbi Yissachar Shlomo Teichtal and the fascinating sefer he wrote in the middle of the Holocaust – Eim HaBanim Semeichah – urging every Jew to move to Eretz Yisrael to hasten the redemption.

I’m the person who was interviewed (I translated Eim HaBanim Semeichah in 2000) and I would like to publicly retract and apologize for a statement I made. In the interview, the following paragraph appears:


“As an interesting side note, one of Rav Teichtal’s great-grandsons, a Chabad chassid, is the chief rabbi of Berlin, actively engaged in revitalizing the Jewish community of Germany. I can’t help but wonder if he has ever studied his great-grandfather’s book.”

A little background on why I made this remark:

In 2003, I saw an article in Newsweek entitled “Return of the Jews.” The subtitle read, “A flowering of Jewish life may be Germany’s ‘second chance’ to atone for the horrors of its Nazi past.” The article went on to describe how thousands of Jews from the former Soviet Union were settling in Germany and rebuilding Jewish life there. It even mentioned how the previous year saw more Jews immigrating to Germany than to Israel.

As a staunch religious Zionist, and the translator of Eim HaBanim Semeichah, my blood began to boil. Did G-d grant us the privilege of rebuilding our homeland just to see Jews reject it and try to rebuild the place that was responsible for the death of six million of our brethren?

The article’s climax came at the very end: “‘What better revenge against Hitler than when we take 100 happy Jewish children from summer camp and walk them through the old streets of Berlin?’ says Rabbi Yehudi Teichtal, director of Chabad Lubavitch Berlin.”

Could it be, I said to myself, that a descendant of Rav Yissachar Shlomo Teichtal was doing exactly what he warned against? Rav Teichtal foresaw that some Jews would “make peace” with the galut after the Holocaust and try to rebuild their communities. He therefore implored his readers to learn the lesson of the Holocaust, leave the exile, and come home to Eretz Yisrael to hasten the redemption. According to him (and me), the greatest revenge against Hitler is for Jews to move to Eretz Yisrael and return the crown to its former glory.

I didn’t bother contacting Rabbi Yehudah and asking for his side of the story. It was clear to me from that one quote in the Newsweek article that he didn’t get his great-grandfather’s message. Over the next 15 years, here and there, I heard about R. Teichtal’s activities in Berlin and these reports just strengthened my conviction.

Fast-forward to a few weeks ago. A day or two after the interview with me appeared in The Jewish Press, I received a phone call from none other than the chief rabbi of Berlin, R. Yehudah Teichtal. He could have – rightfully – chastised me for implying that he didn’t read Eim HaBanim Semeichah and for besmirching his good name. But he didn’t. With an overabundance of menchlechkeit, he praised my work, gave me much more kavod than I deserve, and calmly explained the truth.

Rabbi Teichtal was sent by the Lubavitcher Rebbe to be his shliach in Germany, to be mekareiv the thousands of Jews who have moved there from the former Soviet Union, to teach them the basics of Yiddishkeit and, yes, eventually (if appropriate) to send them back home.

He assured me that his goal is certainly not to rebuild Jewry on the blood-stained soil of Germany, but what can he do? There are large numbers of Jews living there and someone has to try to bring them back to the fold. He also told me that he learns and teaches his great-grandfather’s works – including Eim HaBanim Semeichah – to the Jews of his community. In fact, he is working on an abridged German edition of the book.

Therefore, I want to apologize profusely, and publicly, to R. Yehudah Teichtal for not judging him favorably and for spreading mistruths about him. I hope that he will forgive me, and I hope that this incident will serve as a lesson to others not to jump to conclusions and to always give others the benefit of the doubt. In that way, hopefully, Hashem will redeem us speedily and bring us all back to the place we belong, Eretz Yisrael. 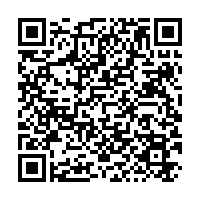