In a front-page article asserting that minors had been hired to work in an Iowa kosher meat-packing plant and in an editorial calling the plant the modern equivalent of Upton Sinclair’s The Jungle, The New York Times joined the media frenzy that has, over the past two months, with very little basis in fact, pilloried AgriProcessors, the country’s leading kosher slaughterer and packer of beef, and driven federal and local law-enforcement personnel to threaten dire consequences to its owner and employees.

Insult was heaped on injury when an Orthodox rabbi in Washington, D.C., published an Op-Ed piece in the Times of August 6, claiming the news accounts “call into question whether the food processed in the plant qualifies as kosher.”

This nationally published challenge to the kashrut of the AgriProcessors product contradicts the unanimous opinion of highly respected and universally recognized kashrut-certifying agencies that have repeatedly endorsed – even while the media attack was ongoing – the ritual acceptability of that product.

Nonetheless, Rabbi Shmuel Herzfeld of Ohev Sholom Synagogue in Washington (of which I have been a member for the past 40 years) – a young rabbi who has achieved great success in reviving, for Jewish residents, a neighborhood that had been abandoned by its Jewish population and has electrified the entire Washington Jewish community with innovative programs – raised ”questions” about AgriProcessors’ kashrut for the Times’s large and influential readership.

First, he says “there is precedent for declaring something nonkosher on the basis of how employees are treated.” The precedent he cites is that Rabbi Yisroel Salanter, the highly respected founder of the Mussar movement, is “famously believed to have refused to certify a matzo factory as kosher on the grounds that the workers were being treated unfairly.”

Rabbi Yisroel Salanter is as gold-plated an authority as one can imagine. If he actually said that unfair treatment of workers renders a product non-kosher, one would have to give that ruling great weight.

Second, Rabbi Herzfeld cites allegations in an affidavit filed by the immigration authorities who raided the AgriProcessors plant in Iowa on May 12 to arrest illegal aliens employed there. He says the affidavit alleges “that an employee was physically abused by a rabbi on the floor of the plant.” Rabbi Herzfeld says “this calls into question the reliability and judgment of the rabbi in charge of making sure the food was kosher.”

If, in fact, the “rabbi in charge of making sure the food was kosher” did assault an AgriProcessors employee, I would share Rabbi Herzfeld’s doubts regarding that rabbi’s “reliability and judgment” on issues relating to kashrut.

Third, Rabbi Herzfeld points to the arrest of “two workers who oversaw the poultry and beef division” for “helping illegal immigrants falsify documents.” He says that if these supervisors “were willing to break immigration laws, one could reasonably ask whether they would be likely to show the same lack of concern for Jewish dietary laws.”

This is a reasonable question if, as one might assume from Rabbi Herzfeld’s description of the arrests, the arrested supervisors had any responsibility whatever for the company’s compliance with “Jewish dietary laws.”

But it takes a little digging beneath the surface of Rabbi Herzfeld’s assertions to demonstrate how fallacious they are.

First, the Reb Yisroel Salanter story he describes as “famous” does not appear in any biography of Rabbi Salanter I have been able to find. Rabbi Hillel Goldberg’s marvelous history of the Mussar movement, The Fire Within, which has a comprehensive section on Rabbi Salanter, tells only of his having advised his students that, when they were preparing matzos for Passover, they should not overwork or make excessive demands of the female workers who were kneading the dough and otherwise preparing for the matzo baking. That same account appears in a Hebrew volume titled Bikkurei Shai, written by the chief rabbi of Givatayim, Israel.

I e-mailed Rabbi Goldberg, asking him whether he had ever heard that Rabbi Salanter had refused to certify the kashrut of a “matzo factory” because it was unfair to its workers. He replied that the only story on this subject that he knew of was the one that had appeared in his book. He added that it was not likely Rabbi Salanter would ever have given a certification on matzos because he “famously” avoided acting as a community rabbi. 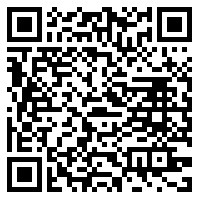