Submitted for your amusement, a tale of two columnists, as different as it is humanly possible to be in their view of the Middle East.

First, four quotes from the columnist who is second to none in his support for Israel:


1) “Yes, I love the state of Israel. It is everything a Western democracy should be at this point in history: brave, resourceful, tough, realistic, in search of peace but ready for war. It is a King Arthur of nations which is showing the rest of us how a brave and free people ought to live.…”

2) “I have no use for the [Palestine Liberation Organization]. It is not a political organization, it is a criminal organization and a very wealthy one at that. Any government which recognizes the PLO is condoning murder and extortion.”

3) “The notion of homeless Palestinians is a myth. Some people who consider themselves Palestinians are in fact homeless but a majority are not. Those Arabs who lived in and continue to live in that part of Palestine now called Jordan are obviously neither homeless nor without a country. Those Arabs who chose to remain in the area that became Israel … are not homeless and never have been.”

4) “Solutions can never come from myths; they must be based on facts. That will not be possible, however, until people who hate Israel stop exploiting the Palestinian issue.…”

And now four quotes from the columnist who, safe to say, is the polar opposite of the gentleman quoted above:

1) “The U.S. government’s slavish support of Israel brands us as a hypocrite and is responsible for most of the hostility toward the U.S. Americans have been brainwashed into believing that it’s the Arabs, and the Palestinians in particular, who don’t want peace. That is a big lie … Israel’s goal is and always has been to take all of Palestine and to get rid of the Palestinians.”

2) “[T]here’s no group of people in the world who are more clearly victims of ethnic cleansing than the Palestinian refugees who have been rotting in refugee camps for 50 years. Palestinians were ethnically cleansed in 1948 and again in 1967.”

3) “The Zionists in America are the biggest enemy of freedom of speech and freedom of the press there is.”

4) “The Israelis are to the Palestinians like a 250-pound wrestler assaulting a 4-year-old child. Without pressure from the U.S., the Israeli government will go right on killing Palestinians, taking their land and expanding Israeli settlements.

Identification time. The name of the latter writer, the fiery advocate of “ethnically cleansed” Palestinians and bitter denouncer of Zionists (whose columns are regularly featured on anti-Israel and anti-Semitic websites) is Charley Reese, former Orlando Sentinel and current King Features Syndicate columnist.

The name of the first columnist, the staunch champion of Israel and debunker of Palestinian claims, is also Charley Reese – and therein lies a great mystery, because sometime between the late 1980s and early 1990s something happened that caused Reese to turn on Israel in full fury and assume the persona of a low-rent Patrick Buchanan.

It is not exactly clear why Reese turned; some critics, among them the former editor of the Heritage Florida Jewish News, alluded to rumors about Reese’s personal life, while others have speculated that Reese simply came under the influence of several hard-core Israeli leftists whom he regularly quotes in his columns.

What is clear is that Reese is easily one of the three or four most anti-Israel columnists to regularly appear in mainstream publications, and that his animus toward Israel has become almost indistinguishable from his hostility to the United States, the country about which he recently asked, “Who would have thought that we would become the rogue nation committing acts of aggression around the globe?”

What happened with Reese wasn’t a matter of a pundit merely adjusting, tweaking, or revising his views – the best of them do it all the time. No, Reese’s about-face was something far different, something much more sudden and sweeping, something visceral rather than intellectual.

Someone who once routinely declared his love for Israel, calling it “the King Arthur of nations” doesn’t become as outspokenly hostile to the former object of his affection simply because, as he no doubt claims, he wasn’t as well-informed or hadn’t read the right books about the Middle East. 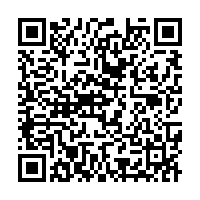