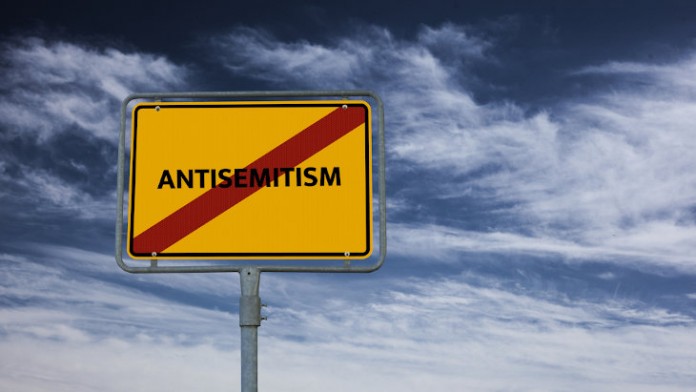 American Jews are planning a rally Sunday in Washington, D.C. They are calling it “No Fear: A Rally in Solidarity with the Jewish People.” It is supported by more than 60 advocacy groups, including the American Jewish Committee, Anti-Defamation League, Hadassah, The Jewish Federations of North America, Jewish Democratic Council of America, Jewish National Fund, Republican Jewish Coalition, Stand with Us, Union for Reform Judaism, United Synagogue of Conservative Judaism, etc.

While the rally offers a message of defiance, I think that we have reason to fear. I’d say that some level of fear now stalks every historically conscious Jew in America.


I hope this alliance in D.C. miraculously manages to bring a significant number of people to our capital; the fact that, despite all the infighting among Jews, they are still attempting to do so is already a miracle. Jews are persecuted in ways that are unique. We need to educate both Jews and non-Jews about this.

Dreamer that I am, I also hope that this alliance has, or will do that which has remained out of reach, namely, the follow-up: Establishing regional and local grassroots networks so that the attendees can continue this work of solidarity when they return home.

On July 4, people burned an Israeli and an American flag in Brooklyn, chanting “Free, Free Puerto Rico,” “Free, Free, Palestine,” and “From the river to the sea, Palestine will be free.” The chant leaders were loud, hoarse with anger, very intimidating; I’ve heard that exact sound before accompanying countless Muslim rampages across the Middle East.

Now it is here and it has been on the streets of America since 9/11. Actually, the Bloody Beast has been here since Chabad teenager, Ari Halberstam, was murdered in 1994 by radicalized, pro-Palestinian cab driver Rashid Baz on the Brooklyn Bridge. Federal officials eventually acknowledged this was a terrorist attack. This was an example of a visibly American and religious Jew being murdered for a crime committed by an Israeli Jew in Hebron. The propaganda about what Baruch Goldstein did, which was as heinous as it was unique, was all over the Arab world and denounced in mosques, including the mosque that Baz attended.

But by now, almost 30 years later, American Jews are surrounded by falsehoods which have bred the most vicious Jew hatred. In the last few years, Jewish stores, schools, cemeteries, and synagogues have been vandalized, defaced, or bombed. Jewish students and professors who have not loudly and publicly defamed the Jewish state, were shamed, bullied, isolated, death-threatened, and fired.

At the same time, especially in the last six months, there has been an extraordinary increase in Islamist-Black-Left fueled “academic” or teacher union resolutions which have condemned and wanted to boycott only Israel. These assaults via propaganda are taking place in America, and not in Israel. At the same time, classes are being interrupted with anti-Zionist hate speech and Zoom lectures are being disrupted and bombarded with pro-Palestine and anti-Israel disinformation.

Simultaneously, such assaults via propaganda are coupled with an increase in primarily Arab and African-American physical attacks on Jews who are visibly Jewish and on Jewish sites. It is not only white supremacists who have been physically attacking Jews. Anti-Semitic African-Americans and Arab-Americans have attacked and murdered people simply because they are Jewish.

As we have seen, the mainstream media does not always cover attacks on Jews and the police are not always sure whether the attacks are motivated by antisemitism or by mental illness.

For the first time in my life, some American Jews are sounding uncertain about their safety in the only home they’ve ever known: America, our “golden medina.”

“Should we get Israeli passports?” asks a long-time pro-Israel activist for the first time.

Almost 40 years ago, under a pseudonym, I began comparing the fate of American Jewry to that of European Jewry in the decade before the Holocaust. I was barely heard. Well, I was heard well enough to be cancelled by left and feminist groups and in certain publishing circles. Others, far more expert than I was, also began seeing what I saw.

And now, here we are.

True, in May, Israel absorbed more than 4,000 rocket attacks – but it had the military power to fight back and to destroy many miles of Hamas’s underground cross-border terrorist tunnels.

True, Israel has also faced Israeli Arab attacks, a fifth column if you will. It managed to quell these riots and attempted lynchings. Perhaps, as Efraim Karsh suggests, just such a fifth column endangers Israel’s future more than external attacks do.

True, some individual Arab attacks on Jews continue, a handful of Israeli Jews have been murdered but this is known as the “matzav,” the situation, one that is being “managed,” not “ended.”

In America, Jews are not managing the propaganda-cognitive war against us very well.

There are literally millions of internet sites in every language on earth, operating 24/7 to demonize the Jews and the Jewish state. University curricula, classrooms, and resolutions are being issued, sounding exactly alike, and condemning Israel as an “apartheid, colonial, settler” state. The United Nations, mainstream media, and Black Lives Matter allied with Free Palestine and Antifa forces are continuously demonstrating in our streets and being given media cover. “Progressive” Jews, including feminists, LGBTQIA folk, and postcolonial academics, are also on board with this way of thinking.

Where should we begin? For years, when I wrote about this situation, I’d say that it’s “a quarter to midnight.” Now, I must write, that we are long past midnight.

In our collective past, antisemitic demonization has led to pogroms and to a genocide. What is different now? Will all our brilliant and incisive exposes of the disinformation, all our rallies, be enough to stop the spread of Jew hatred?

I hope so, but I fear it will not. 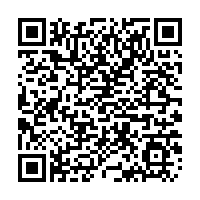