Two cyberattacks in as many days this weekend struck the Iranian transportation system and managed to disable the infrastructure.

On Friday, there was “unprecedented chaos” at stations across Iran, with hundreds of trains delayed and/or cancelled, FARS reported, saying the chaos came in the wake of a problem in the computer systems “that is probably due to a cyberattack.”


The report was scrubbed from the FARS site a short time later.

Display boards for the Iranian railway system became garbled as the electronic tracking system failed on trains across the country. A photo published by FARS had showed station arrivals and departures boards showed rows of cancelled runs, and the line, “Long delays due to cyberattacks.”

On Saturday, Iranian media outlets reported a cyberattack on the computer systems of the Iranian Ministry of Roads and Urban Development, disrupting activities of officials at the ministry.

“Don’t stretch your legs beyond your blanket,” a saying in Persian, was the message left by the hackers on the computers, highlighted in red.

The website and its associated links were taken down before noon, according to a statement reported by official state news agency IRNA which said, “A cyber disruption appeared in the computer systems of the staff of the Ministry of Roads and Urban Development. As a result, the ministry portal and sub-portal sites became unavailable.

“Technical experts are investigating the issue and will inform [the public] if the portal and subsystems of this portal become available,” the statement said.

The website of the ministry was still unavailable as of 5 pm local time, however.

The attacks on the website of the Iranian national railway and cargo services resulted in “unprecedented chaos at railway stations across the country,” state broadcaster IRIB reported.

“Some media outlets reported on the chaos at suburban train stations and announced that there was a possibility of a cyberattack,” the semi-official ISNA news agency reported.

However, the country’s railway company denied the disruptions.

Sadegh Sokri, General Manager of the Railway Company of Iran, said in an interview with ISNA, “There is no problem or disorder. . .There have been no disruptions or cyberattacks on the passenger, freight or intercity trains. There is a disorder only in the field of trade, the source of which is still unknown,” he added.

Iran Also Hit by Blackouts
The country is also experiencing periodic blackouts, according to ISNA and other Iranian media.

A spokesperson for the electricity industry ruled out the possibility of sabotage in reference to an explosion and fire that damaged an energy site last week in Pars.

Mostafa Rajabi Mashhadi said in a televised interview, “Fortunately, the necessary arrangements have been made to prevent and counter cyberattacks,” ISNA reported.

In an effort to address the problem, the public was told there would be “possible” blackouts in Tehran.

There will be “possible blackouts in the capital from July to July 12,” the Greater Tehran Power Distribution Company announced.

There could be “restrictions on energy distribution, especially in the east and northeast of the capital. The repair and troubleshooting teams of the Tehran Regional Electricity Company are working tirelessly to resolve the problem and return the network to normal,” ISNA reported.

The company blamed “the hot weather and a record increase in electricity consumption across the country” and “while apologizing for all the problems” asked Iranians to avoid the use of “high-consumption electrical appliances.” 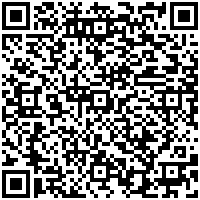