A Palestinian state already exists. It’s called Jordan. There is no need for another one.


The Oslo Accords removed the “Jordanian option” from the range of possible alternatives. Instead, Yasser Arafat, the PLO, and the Palestinian Authority (PA) were installed as rulers of what was intended to be a self-governing “entity” west of the Jordan River. This so-called “peace plan” failed not only because of Palestinian terrorism, but because of Palestinian opposition to Israel’s very existence. The PA, the PLO, Hamas, and other Arab terrorist organizations never intended it to work. Their goal was and is not to coexist beside Israel but to destroy it.

Establishing a second Palestinian state—or a third, if one includes the Hamas-ruled de facto state in the Gaza Strip—would destabilize the region and increase violence among competing entities, gangs, and militias that would spill over into Israel. Cross-border attacks are inevitable. Jordan might seek to expel its “Palestinian” citizens to the new state. A power struggle would ensue over who represents the Palestinians and what constitutes the territorial basis for “Palestinian national identity.” With Islamist forces waiting to take advantage of any power vacuum, the area would plunge into chaos.

Rather than attempting to achieve Palestinian self-determination by establishing another failed state, the problem can be resolved by changing a single word: replace “the” with “a.” Recognizing that Jordan fulfills the definition of a Palestinian state would defuse the toxic demand for another Palestinian state in Judea and Samaria (the “West Bank of the Jordan”).

A new “two-state solution” approach accepts the idea of “two states for two peoples” based on the reality of an already existing sovereign state on territory designated as Palestinian and three-fourths of whose inhabitants are Palestinian. According to the Palestinian Central Bureau of Statistics, there were nearly 4 million Arabs of Palestinian descent living in Jordan in 2009, about half of whom were registered as refugees in 2014 and about 20% of whom live in UNRWA-sponsored “camps.” Most, but not all, Palestinian residents have Jordanian citizenship; Jordan is the only Arab country to have granted citizenship to Palestinians.

Arabs living in Israel and PA-controlled areas who consider themselves “Palestinian” and seek national self-determination can affiliate with a Palestinian-Jordanian state and move there if they wish. Those who prefer to stay in Israel can do so with full civil, but not national, rights—as is now the case.

Promoting Jordan as the Arab Palestinian state is consistent with international law and the creation of Transjordan in 1922 as part of a “two-state-solution.” It would resolve the problem of national self-determination for Arabs living in the West Bank as well as for those living in Israel and elsewhere.

Unlike previous “Jordan is Palestine” initiatives, this plan does not require anyone to move or that borders be changed. Jordan recognized the Jordan and Yarmouk rivers, the Dead Sea, and the Arava as the international boundary in its 1994 peace treaty with Israel. The PA can continue to function as a political entity on condition that all incitement and terrorist activity cease.

Recognizing Jordan as a Palestinian state while maintaining its status as a monarchy reflects the national identity of a majority of its population. The highly popular Queen Rania is considered Palestinian (via her parents). Palestinians are a growing segment of Jordan’s political, social, and economic life; they sit in parliament.

Jordan is a viable country with a relatively stable economic and political structure. It has vast areas of unused land, but lacks people and water. Access to fresh water can help Jordan flourish by enabling it to absorb large numbers of people and extend its population centers eastward. Utilization of the abundant water sources in Turkey and the Caspian Sea—the largest body of fresh water in the world—could turn eastern Jordan into an oasis, providing agricultural products, enabling business and industrial centers, and encouraging regional stability and economic development.

The possibility that Jordan could become a center for economic trade was given a new impetus recently when Israel proposed a rail link between Haifa and Jordan. Such a link would connect Jordan with European markets, and from there to the Gulf States and Saudi Arabia. The recently rebuilt rail line between Haifa and Beit Shean is the beginning of this plan.

Non-Israeli Arabs who wish to remain under Israeli sovereignty as permanent residents could apply for Israeli citizenship. If they prefer, they could choose to remain as citizens in PA-administrated areas, or they could continue living in Israel as Jordanian citizens. The choice should be theirs.

Arabs living in UNRWA-administered towns in Lebanon and Syria should be given the opportunity to become citizens in their host countries. They should be absorbed into the countries where they live or be allowed to emigrate. International-aid programs should be operated by countries, not by UNRWA.

The current Jordanian government is relatively stable. It is a strategic partner with Israel, and, one hopes, will continue to be. Jordan has a responsibility toward Arab Palestinians, however. Israel should not be expected to assume the burden of providing them with a national homeland.

A two-state solution—Israel and Jordan—is in the national interests of both countries, as well as in Palestinian interests. It can bring peace and prosperity and can ensure the security and stability of the region. A Jordanian-Israeli confederation can replace failure and despair with opportunity and hope. It can inspire creativity, cooperation, and freedom—the raison d’être of nation-states.

(Dr. Moshe Dann is a historian, writer, and journalist in Israel) 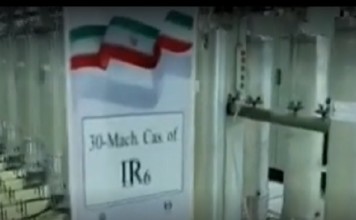 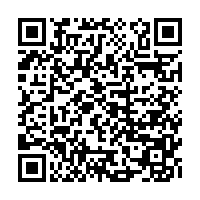