Where else but in Israel would a fresh-faced, eight-year-old Little League rookie wearing a New York Mets uniform smile and casually ask you, “By the way, during the game today, if a rocket is fired at Modiin, where do we run?”

Where else but in Israel would a confused Tel Aviv taxi driver ask his passenger, “What do I do now?” several seconds after air raid sirens are sounded throughout the city?


Within the span of a few days this past week, I was faced with the challenges of easing a child’s innocent anxiety during a “relaxing” after-school activity and dealing with my own mortality while trying to arrive on time at a meeting in the bustling Tel Aviv region.

Call it what you wish: absurd, surreal, or something else. For me, each instance provided a sense of irony and awe.

Coaching one of Modiin’s Little League squads on Friday afternoons is a physical and emotional release for me, allowing me to realize a lifelong dream of being involved with baseball while diminishing the stress of daily life. But even coaching baseball comes with a proviso unique in Israel. Several hours before the game, the Israel Association of Baseball alerted all Little League coaches (Little League in Israel runs from October until early June) of their legal obligation to instruct all youngsters where to run if air raid sirens sounded.

Several minutes before we started practice for an upcoming Chanukah tournament, I was chosen by the other coaches to explain – in Hebrew and English – the situation to the nearly 20 Little League team members. As I stared at the kids, some of whom had recently made aliyah from the U.S., I wondered how they would react to a potentially chaotic scene. To my great relief, both the American olim and the Israeli youngsters listened attentively and then segued into their baseball banter without missing a beat. In fact, it was one of the most productive practices of the season.

On Sunday morning, I boarded a crowded train to central Tel Aviv, disembarked and hailed a taxi.

Less than a minute after the driver started to wind his way through the busy streets to nearby Ramat Gan, air raid sirens sounded throughout the city. My initial reaction was that I didn’t believe it. But the driver, a grizzled Tel Avivian in his early 60s, was positively confused. He exclaimed, “I have no idea what to do!” Realizing that this was not a scene from a Hollywood movie but a real-life rocket attack in the heart of Israel, I calmly told the driver to pull over so that we could at least make it to the entrance of the nearest building.

We got out and walked less than five yards to a storefront. For several seconds we pondered where the missile would hit. And then a loud boom echoed above our heads. A motorcycle driver standing nearby pointed up and said, “Iron Dome shot it down.”

I looked up and saw the contrails and puffs of smoke from both the Iron Dome missile and the remnants of the Fajr-5 projectile that had been fired by Islamic Jihad terrorists in the Gaza Strip. As if on cue, all of the citizens who had abandoned their cars in the middle of the road, many with the engines still running, returned to their vehicles and proceeded to their destinations. Everyone just kept on moving, without hysteria or tears. Life goes on. (And yes, I was on time for my meeting.)

No one appeared out of sync, except for one marketing executive whose hands were shaking because her son was sitting in a tank along the Gaza border waiting to see if his unit would be among the first to invade enemy territory.

Walking back to the train, I looked up at the skyscrapers that are growing by leaps and bounds in Tel Aviv and adjacent Ramat Gan and just shook my head. For a split second, my body shuddered.

It is widely believed that Hamas and Islamic Jihad are trying to cause an Israeli version of 9/11. A successful missile strike on a skyscraper or two in Tel Aviv or Ramat Gan would kill or maim hundreds and send frantic citizens on the streets below racing for their lives. Despite the fact that the cowering residents of Ashkelon, Ashdod, Beersheba, Ofakim and Sderot, among other cities, have been hammered mercilessly, a single Fajr-5 strike against a Tel Aviv skyscraper would make headlines worldwide and spark an all-out war on Gaza. Which is exactly what Iran wants. 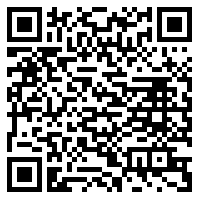