It’s a scene I’ve been part of many times: I say “Good Shabbos” to a young boy standing next to his father. The boy ignores me. The father remains silent.

I recently was speaking to an older person, playing devil’s advocate on behalf of the child and his father. “The boy will grow up fine eventually,” I said. “Why force him to answer me at this age?”

“But that’s part of chinuch,” the person replied. “Why should teaching derech eretz be absent? We don’t let children break Shabbos, we don’t let them eat non-kosher food, why should we let them be rude simply because they will eventually – possibly – turn out fine?”

It wasn’t always this way. Anyone over 60 remembers a different world – one in which children were – yes – seen but not heard. Watch any old black and white movie and you will be struck by the respect children once accorded adults and the manners and general obedience they displayed. A principal of a large yeshiva recently told me that he sees a vast difference in behavior between students today and those attending school just 25 years ago.

“These children will all turn out fine eventually.” But is that really true? Will someone trained to obey from an early age become the same adult as someone whose passions and whims are given free reign as a child? Rav Samson Raphael Hirsch writes, “To be good is an art, perhaps the most difficult art that any human being may be expected to acquire and practice… As is the case in any other field, masters are not born; only practice can make perfect.” And therefore, like any other “field of endeavor…practice must begin at an early age if it is to be crowned with the laurels of mastership in maturity.”

Upon reflection, what Rav Hirsch writes seems self-evident; indeed, it was conventional wisdom once upon a time. If a child is seldom required to yield his desires and needs to those of others, surely doing so as an adult will not come naturally to him. If saying “please,” if sharing one’s toys, if gladly giving up one’s bed for a guest, if waiting patiently while one’s mother is on the phone – if all these behaviors are not instilled in a child from an early age, surely his moral will and habits will differ from those who received proper training as youngsters.

As a doctoral candidate at Yeshiva University, I’m constantly astounded at the number of students who sit by the computers in YU’s library – surrounded by fellow students working quietly – and start chattering on their cellphones for minutes on end for all to hear. Surely it’s not a coincidence that our narcissistic age – recently dubbed the “Me Me Me Generation” by Time magazine – just happens to come on the heels of the first two generations of adults brought up by parents who rebelled against the disciplinary approach of their forebears. Surely the rising divorce rate is not unrelated to the number of adults who have been raised to think the world revolves around them.

What about self-esteem? Won’t disciplining children damage their self-esteem, causing them to become timid, dependent adults?

Though this argument is voiced fairly often, I confess to finding it rather surprising. If we were the first generation living on earth and debating parenting methods in a laboratory, I could understand the argument. But we aren’t the first generation. Hundreds have come before us. And virtually all of them, as far as we know, grew up under “authoritarian” parenting. In other words, individuals who grew up under this “Prussian” disciplinary model – and who should, ostensibly, possess low self-esteem – were responsible for the American Revolution, the French Revolution, the Russian Revolution, etc. And today, the Arabs, who still grow up with old-school discipline, are overthrowing governments and toppling dictators in the Middle East. In other words, their self-esteem seems rather healthy. 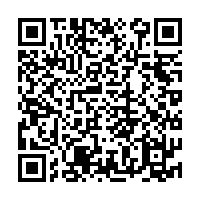