Question: I have two questions regarding Pirkei Avot. First, is there a specific reason that the last chapter is read on the Sabbath before Shavuot, or is this just a quirk of the calendar? Second, in that last chapter we find a list of qualities that enable one to acquire Torah knowledge, including anavah, humility. I find this difficult to believe in light of the Gemara in Gittin that chastises one of the scholars for his anavah, saying that it ultimately caused the destruction of the Beit Hamikdash.


Answer: From your question, some readers might mistakenly conclude that Pirkei Avot is only studied between Pesach and Shavuot. Such is not the case. In fact, halacha specifies that we study Pirkei Avot all through the summer (Rema, Orach Chayim 292:2): “We are accustomed not to organize a study session [on Shabbat afternoon] between Minchah and Ma’ariv, but we do recite Pirkei Avot in the summer [i.e., from the first Shabbat after Pesach until the Shabbat before Rosh Hashanah] and Shir Hama’alot [a collection of chapters of Tehillim that includes Borechi Nafshi (Psalm 104) and the series of Shir Hama’alot (Psalms 120-134)] in the winter.”

The Magen Avraham (ad loc.), citing the Mordechai, explains why we don’t organize a study session between Minchah and Ma’ariv: We fear that the study session will continue until chashechah (dusk), and we won’t have an opportunity to partake of the seudah shelishit. (This explanation, incidentally, seems to contradict those who maintain that in times of need – such as when erev Pesach falls on Shabbat – the study of Torah satisfies the seudah shelishit requirement.)

The Gaon of Vilna (in Biur HaGra) explains why Shir Hama’alot are recited in the winter and Pirkei Avot in the summer. As winter days are short, with Minchah relatively close to nightfall, there is little time for both Torah study and seudah shelishit. In the summer months, however, when the days are longer, there is time for both.

The Chafetz Chaim notes (in his Sha’ar HaTziyyun commentary) that the study of Pirkei Avot differs from in-depth study, which we avoid even in the summer months because it may interfere with the seudah shelishit. He says that Pirkei Avot is just an utterance, an amirah – something we recite as opposed to something we analyze. He also says (in his Mishnah Berurah commentary) that since many people come to shul on Shabbat afternoon and engage in idle conversation, it is beneficial for people to listen to words reproof that will cause them to refrain from such idle conversations.

This last chapter is referred to as Kinyan HaTorah (lit., “the method of acquiring Torah”). It is not part of the original mishnayot compiled by R. Yehudah HaNasi, but is rather a compilation of Tannaitic Beraitot that were subsequently added and appear in the Vilna Shas as the sixth chapter of this tractate. The term Kinyan HaTorah is based on two mishnayot (6:5-6). (In most siddurim, the list of the 48 qualities through which one acquires Torah knowledge is included in mishnah 6:6; however, in the Vilna Shas it is split into mishnayot 6:5 and 6:6.) 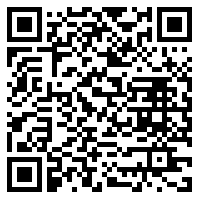