It’s no secret to those who know me that I have a great appreciation for chazzanut. I have written many articles about the wonderful cantorial concerts I’ve attended sponsored by Cantors World, an organization dedicated to bringing back the great role of the chazzan in Jewish life. But as enjoyable as those events are, it’s almost impossible to equal the amazing experience of the annual Shabbat Chazzanut.

For the past three years Cantors World has sponsored a weekend event featuring a wonderful array of cantors and choirs in a New Jersey hotel. This past Shabbat marked the fourth such weekend and it was nothing less than thrilling.

This year the featured cantors were Israel Rand, Yaakov Stark, Pinchas Cohen and Moishe Shulhoff. The choir was Kolot Min Shamayim, conducted by Raffi Biton. My husband and I especially looked forward to hearing Pinchas Cohen, our chazzan at the Manhattan Beach Jewish Center, daven Shacharit on Shabbat.

After candle lighting, everyone – men and women – went to the shul for services. Kabbalat Shabbat was led by Cantor Israel Rand. I was surprised – and delighted – to hear Lecha Dodi sung to the Modzitz marching tune for Ayn Kitzvah. Maariv was led by Chazzan Yaakov Stark. It was inspiring, and some of the davening actually brought tears to my eyes.

With hundreds of guests to accommodate, seating can be tricky. We were happy to sit with friends we made at last year’s Shabbat Chazzanut, Michael and Nancy Reich of Mamaroneck, New York. Also with us were Cantor and Mrs. Daniel Gildar, Cantor and Mrs. Solomon Mendelson, and our good friends Cantor Cohen and his wife Chaya. The delicious meals were provided by Schick Caterers (and Michael Schick could be seen at all times in the dining rooms and tea room).

Shacharit was led by Chazzan Cohen, who is blessed with a truly magnificent voice; when he davens I always feel our prayers have a direct line to Heaven. Chazzan Benny Rogosnitzky, president of Cantors World, observed that Pinchas Cohen is not only a magnificent chazzan, he’s also a beautiful baal tefillah. I know exactly what he meant. When Cantor Cohen davens, it isn’t a performance – it’s something he brings from his soul. Combine that with a perfect nusach and a wonderful voice and you have a rare talent. Fortunate are those who can daven with him leading the congregation.

After Shacharit and the Torah reading we enjoyed a huge Kiddush and then returned to shul for Mussaf led by Cantor Moishe Shulhoff. Had I not already been standing, I surely would have come out of my seat when I heard one of my favorite pieces for Kedusha. The choir had adapted the Jerusalem Great Synagogue’s Hallelukah from its Rosh Hashanah service. Cantor Israel Rand was also on the bimah for Kedusha.

Throughout Shabbat we heard divrei Torah from the scholar in residence, noted author and psychiatrist Rabbi Dr. Abraham Twerski. His parsha thoughts are a weekly fixture in our home and whenever I listen to him speak it’s as if our book comes to life. I gladly made the choice to do without a long Shabbat afternoon nap for yet another chance to hear him.

One of the highlights of every Shabbat Chazzanut is the Saturday night concert. All the chazzanim who led the Shabbat prayers sang selections at the concert, to the accompaniment of Cantor Daniel Gildar. The choir also performed, and mention must be made of their mesmerizing and harmonious voices.

Also on hand was a guest cantor who arrived that evening, Zanvil Werzberger. A happy surprise for all of us was Shimmy Ehrenthal, a 12-year-old boy with a striking voice – definitely a chazzan in the making.

The concert was breathtaking. Friends of ours from Miami Beach, Norman and Joan Ciment, who had flown up for the weekend and were first-time attendees, repeatedly told us how impressed they were with the entire weekend, especially the concert.

The night was far from over. After a midnight buffet we went back to the auditorium for “Open Mike,” when guests who feel they have talent get to sing for the audience. It’s all in fun and some voices were quite good. 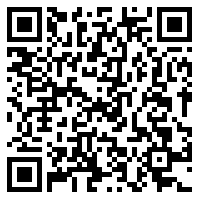