Taking into account all the peace initiatives proposed to end the conflict between the Jews and the Palestinian Arabs over the last 83 years, we must consider the possibility that the Palestinians—or at least their leaders—do not want to establish their own state.


Their sight is currently set on the big prize—the entire state of Israel—and they are playing for time. In the meantime, they plan to continue to subsist on monies donated by the Arabs and the Europeans. Many of the Arab states have grown disenchanted with this enterprise, and their assistance, particularly from the Saudis, has been discontinued in recent years.

President Trump has also reduced the flow of US support. Only the Europeans remain committed to the implacable Palestinian narrative.

A survey of Palestinian rejectionism

The Jerusalem Mufti Hajj Amin Husseini, the leader of the Palestinian Arabs from the early 1920s to the late 1940s, said in his testimony to the British Peel Commission, established in January 1937 to find a way forward for cooperation between Arabs and Jews in Palestine, “Most residents of Jewish lands will not be awarded citizenship in our future country.” The Mufti suggested that the Jews be deported from Palestine. Rejecting the idea of a Jewish state, he promised that if such a state were established, every last Jew would be expelled from a Palestinian Arab state.

In November 1947, the same Mufti refused to adopt the UN partition plan that offered to establish two states, one Jewish, the other Arab. The Mufti rejected a two-state solution until the day he died, a choice ordinary Palestinians may well regret. Had he agreed to the UN plan, they would have gained a much larger area than what is on offer today.

The successor to the Mufti, Yasser Arafat, continued to reject any legitimacy for the State of Israel, refusing even to acknowledge its existence. For many years, he raised the PLO banner of a military and terrorist struggle against Israel. In addition to masterminding decades of bloody terror in the streets of Israel, Arafat was responsible for devastation across the Middle East, including a civil war in Lebanon (1975-1991) and Jordan’s Black September (1970). He also threw the PLO’s support behind Saddam Hussein’s invasion of Kuwait in 1991.

When Anwar Sadat signed a peace treaty with Israel in 1979, Arafat’s PLO called for Egypt to be boycotted. The Arab states adopted that boycott and prevented Cairo from participating in the Arab League from 1977 until 1989. Most Arab ambassadors in Egypt were recalled and Arabs visiting Egypt were considered either traitors or spies.

The Palestinians responded to Israel’s attempts to implement the Oslo Accords by sending waves of suicide bombers to the streets and buses of the cities of Israel, a blatant violation of their commitment to the agreements and a clear statement of their rejection of the idea of peace with Israel. At the July 2000 at Camp David summit, Israel PM Ehud Barak offered Arafat a series of far-reaching concessions as part of a comprehensive peace arrangement. In return, Arafat was asked to end the conflict. The PLO summarily rejected the Israeli proposals and never offered a counterproposal. Instead, the PLO-dominated Palestinian Authority (PA) initiated a massive premeditated wave of violence. Arafat’s war of terror (the so called “al-Aqsa Intifada”) was unparalleled in the scale and relentlessness of its terrorist attacks on Israeli civilians. A total of 1,184 Israelis were murdered.

In August 2005, the government of Israel, headed by PM Ariel Sharon, carried out the unilateral evacuation of all Israeli villages from the Gaza Strip and the northern West Bank. In response, the Palestinians have been launching missiles and rockets on Israeli towns and villages from the Gaza Strip for years, some of which reaching as far as Tel Aviv.

Instead of using the enormous Israeli concession as an opportunity to achieve peace, the Palestinians used it to empower Iranian-backed terrorist organizations. In June 2007, Hamas took control of the Gaza Strip in a violent coup. Ever since the Hamas takeover, the villages of southern Israel have been subjected to a more-or-less nonstop downpour of rockets and missiles fired from Gaza. The number of rockets/missiles and mortar shells fired into Israel from Gaza since 2007 is in the tens of thousands.

In 2008, Israeli PM Ehud Olmert offered Arafat’s successor as PLO Chairman and PA president Mahmoud Abbas a sweeping peace proposal. Abbas rejected it outright. He claimed that “the gaps are too wide,” meaning there was too great a distance between what the Palestinians demanded and what the Israelis were offering. “I will wait until all the Israeli settlements have been frozen,” he said.

According to Saeb Erekat, chief negotiator for the Palestinians, “We are not in a market or a bazaar. I came here to determine the boundaries of Palestine from 1967 without budging an inch, without removing one stone from Jerusalem or any of the holy places to Islam or Christianity in Jerusalem.” The Palestinians refused Olmert’s offer because they found his unprecedented territorial concessions insufficient and because they insisted on the right to manage the holy sites in Jerusalem in place of the Jordanians.

Deal of the Century

The Palestinian leadership rejected the current US proposal a year ago, before they had seen it. They also refused to participate in the economic conference held in Bahrain at the end of June 2019 and prevented other Palestinians from participating.

As soon as the plan was published, it was a given that Abbas would oppose it strongly. “We say a thousand times no, no, no to the Deal of the Century,” he said. “We refused this deal from the beginning and we were right. Two days ago, they said to listen. Listen to what? Shall we get a country without Jerusalem for every Palestinian, Muslim, or Christian child?” he asked.

Mahmoud Abbas is now calling the deal a conspiracy that “will never pass… Our strategy focuses on the struggle to end the occupation. The plans to eliminate the Palestinian agenda will fail and fall away.” 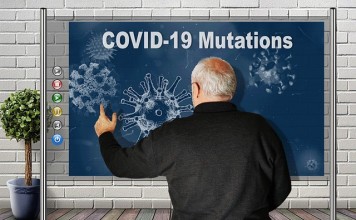