Democrats currently control more than two-thirds (70%) of the seats in the Assembly and the Senate. The party faithful are looking to blow Republicans into virtual oblivion after this year’s election.


Nearly half of the Senate Republican conference (11 out of 23 members) is not running for reelection while only three of the 40 Senate Democrats chose not to return next year.

First elected in 1984, Senator Velmanette Montgomery (D – Brooklyn), 76, the most senior Democratic member in the upper house, has decided to retire. “We are in for the best of the political opportunities because we have such wonderful new, vibrant, smart, committed elected officials,” she said. She has endorsed two-term Assemblymember Tremaine Wright (D – Bedford-Stuyvesant, Brooklyn) as her successor. The district borders Park Slope and Crown Heights.

In the Assembly, where Democrats outnumber Republicans 107-43, the GOP sees an opportunity to pick up one seat, a district just north of Albany. The three most senior members of the Republican conference are retiring, including former Republican leader Brian Kolb. Moving up from number four to becoming the most senior Republican is the current conference leader, Will Barclay (R – Pulaski, Oswego County), a 51-year-old attorney who has served in the Assembly for 17 years. There are a total of nine Assembly Republicans not running for reelection.

On the Democratic side, eight members have either already bolted from the chamber or are not planning on running for reelection, opting instead for other political experiences.

The partisanship in Albany is also looming over the state’s 27 Congressional districts, of which six are represented by Republicans. Depending on the Census count, if New York loses two Congressional seats, traditionally one Republican and one Democratic district is sacrificed. Now with both houses controlled by Democrats, Assembly Speaker Carl Heastie told the conference of Black, Puerto Rican, Latino and Asian legislators, if the Census count is done well, New York may only have to lose one seat. Watch out Republicans.

“There’s a chance that we can lose two Congressional seats this year if we are not counted,” Heastie said. “If we all respond well, it may be only one seat. In my mind that means I want to wipe out some Republican member of Congress. I don’t know which one that would be but Andrea (Stewart-Cousins) and I will pick who that person is. We want to make sure that we are counted so that we can get all of our resources.”

A Non-Political Event Becomes Political When It Is One-Sided

At a recent news conference touting a package of 10 bills promoting limousine safety, only Democrats from the Assembly and Senate were invited to join grieving families who lost loved ones in two separate limousine crashes.

Senate Majority Leader Andrea Stewart-Cousins (D – Yonkers, Westchester County) said Republican Senators and Assemblymen were not invited to the news conference because the family members could speak for the tragedy and the legislation as well as the Republicans would be able to.

“This is a day for the families first of all,” Stewart-Cousins said. “It’s not a political conversation. Mindy (Grabina) spoke beautifully on behalf of the Schoharie crash victims.”

One problem with that explanation is that Mindy, who lost her daughter Amy in the Cutchogue crash, only briefly referenced Schoharie in her remarks.

“I’m here today to represent the Long Island families who unfortunately could not be here today due to work obligations,” Grabina said. “My daughter Amy Grabina was one of four young women who were killed in the July 18, 2015 Cutchogue limousine tragedy. I join with the seven other Long Island families and the Schoharie families in remaining steadfast in the improvement and institution of limousine safety regulations.”

Republican members told The Jewish Press they would have attended if invited.

Over the past couple of weeks The Jewish Press has been focusing on the bail reform and discovery reform laws that sheriffs, district attorneys, judges, prosecutors and defense attorneys complain have complicated their lives with restrictive measures with tightened timelines to retrieve evidence and share with the opposing side of a case. In the meantime, judges have complained that their authority has been compromised because they have to let most people charged with a crime out on the streets without posting bail taking away an incentive to return to court. One judge filed a lawsuit citing an overreach of legislative authority when it comes to separation of powers. He wrote, a judge unable to make judgments is not a judge.

Many of the complaints have been targeted at Heastie for being inflexible to reform the reforms. This past weekend, Heastie finally spoke out to a friendly audience about the issue. He clarified his stance while taking a well-deserved swipe at the media. Here is the text of his comments at the gala dinner for the Conference of Black, Puerto Rican, Latino and Asian legislators:

“It was five years ago when my colleagues in the Assembly gave me the ability to be elected the first African-American Speaker of the NYS Assembly,” he said. “With that responsibility I felt like I wanted to make sure that every single day that I had this job that I wanted to make a difference for people of color and families in the state of New York. Not always taking the easy road. Sometimes when you’re an elected, you don’t get elected just for the good days, you gotta be elected to be able to stand strong even in the bad days.

“For me, over the last couple of weeks, I’ve taken a lot of hits on bail reform. When I first got elected speaker, I said the most important thing to me out of all the great things that we’ve done and in partnership with the new Democratic Senate was that if we had not reformed a criminal justice system that has historically discriminated against black and brown people, I would feel like my entire speakership would be in vain.

“Don’t believe everything that you read in the newspaper because a lot of these stories are sensationalized. Every single law that is passed in this country is not a perfect law. There may be places you gotta move and you gotta tweak and you gotta do things like this. If 95 percent of the people are complying under the new bail laws why would we want to change the whole thing? Let’s just look at fixing the five percent that may be not complying with the law. In my history of the legislature, my 20 years, and sixth session as the Speaker, I’ve never been asked to change a law in three weeks. All I’m asking is to have some patience. Let’s see how things are, let’s look at the data and we’ll see how it is. Again, don’t always believe what you read in the newspaper.”

Talks are underway behind the scenes to make the bail and discovery reforms more palatable.

After more than a year wandering in the political desert without any committee assignments and not welcome in the Democratic conference, Senator Simcha Felder is once again back in the fold. He has been given a committee chairmanship and several committees. Felder was on the outs with Senate Democrats because he chose to caucus with the Republicans when they were in control of the upper house.

At a local government budget hearing Felder scolded New York City Mayor Bill de Blasio for ignoring his repeated requests to help children with special needs. Felder says the silence has been deafening and even at this budget hearing, de Blasio had little to say to Felder after being scolded. Felder would like to see the New York City Board of Education set up a task force to help the more than 10,000 children with special needs who he says are being ignored and not properly educated. 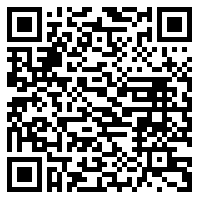