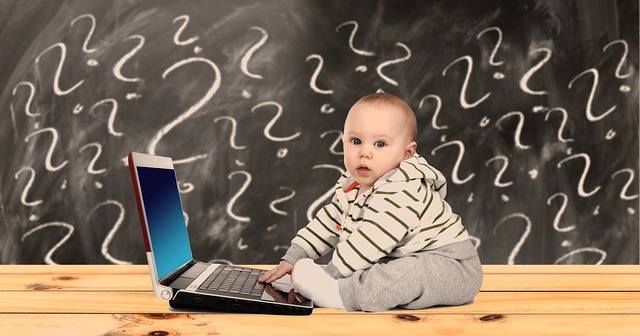 Evidently, a research center at Brandeis University has discovered that the American Jewish population has increased by 10% in the past seven years, to an eye popping 7.5 million people.

Where does one begin to try to make sense of this? A 10% increase over seven years means that the annual rate of increase is about 1.3%. The comparable rate in Israel is about 1.9%. However, Israel has a birthrate almost twice that of American Jews. In addition, there is a significant Aliyah that also materially increases population growth.

So right there, something seems amiss. On top of this are all the other studies that show a stagnancy of the population number, and the anecdotal evidence of widespread synagogue closings throughout America.

Again, there is something puzzling about this study. Two important questions jump out from it: what were the criteria for counting people as Jews, and was there some kind of a motivation behind this study that would mandate its findings?

Methodologically, the study says that only 4.4 million people count themselves as Jews by religion. This is a number consistent with prior studies. There are also 1.6 million children being raised as Jewish. These together would be at the high end of the prevailing wisdom, but not in a league of its own.

The swing factor is the fuzzy 1.5 million people who “consider themselves Jewish by background and other criteria.”

Here is where things get rather subjective, if not downright funky. What is Jewish background? Is this referring to bnei anusim, the Hispanic descendants of conversos who have discovered that they have Jewish heritage?

Most of these people are not halachically Jewish, nor even Jewish by more liberal criteria. Happily, they identify with us. But to count them, as the statistic showing that some 10% of US Jews are non-white would indicate, means that the criteria for being called a Jew are very much in the eye of the beholder.

According to the “other criteria” perhaps many Evangelicals should be counted as Jews. Their identification with Israel is immense, their gratitude to the Jewish People for producing the pillars of their faith is sincere and heartfelt, and they feel a great empathy with most things Jewish.

Many of you will snicker and dismiss this idea out of hand. Fair enough, but that is the same reaction that you should have to a study that has just basically found about 1.5 million Jews.

Living in Israel is to learn that demographics is another form of warfare. For example, there are great stakes in ascertaining the true of number of Palestinian Arabs in Judea and Samaria as buttressing arguments for unilateral withdrawal or the application of Israeli sovereignty.

I believe that this study must be regarded similarly: it is a political shot across the bow. What is the real message here? It is not just that rumors of our demise have been premature.

I suspect that it is about primacy. I believe the message that is being invited to take away from this study is that we, the American Jewish community, are still the big dog in the Jewish room.

Our voices not only count, but should be seen as determinative. We deserve and require a seat at the table in the contemplation of matters that affect the Jewish world: the Kotel, conversion, and who “speaks” for the Jews.

There is something sad, even desperate about this. It can, and I believe should be seen as an attempt to hang on to what was, an era that has passed.

I detect in this study something analogous to the feelings of the WASP (white Ashkenaz secular Poal – meaning Labor) elite who have been displaced from their perch as the political, social and cultural arbiters of Israel.

I think here the great wisdom of an important American Jew, Groucho Marx, should apply. “Who are you going to believe? Me? Or what’s in front of your eyes?”

In other words, the statistical and anecdotal evidence that this study is intended to whisk away will not just disappear. It is real and it is telling. The growing signs that young Jews have moved away from traditional Jewish institutions, and notions of Peoplehood in favor a universal message of social action are unmistakable.

Perhaps, though, I am looking at this incorrectly. In the spirit of its release dates, and the unity that I for one seek, perhaps the message of this study should be an introspective one.

If in fact, our community is growing, what to do we do with that newfound strength? How can we strengthen Jewish education, Jewish awareness, identification and Jewish institutions? How can we forge bonds better with our own communities and the Jewish People around the world?

In other words, to use the Talmudic analogy of a kal v’chomer, it has been painful to see the American Jewish retreat, but part of the explanation might lie in a shrinking population. All the more so, if the population is increasing, how we can tolerate such a retreat?

Let’s hope that this study, regardless of its accuracy, can serve as a wake up call, a demographic shofar blast, calling our American brethren to rise, and strengthen their Jewish muscles. 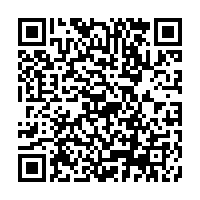