I don’t always know where to start a story. Some people start at the end, and then dramatically trace the story back. Others start at some random point; others announce they are starting at the beginning and move towards the present. I tell people that I go with the “rule of fishing” method. I throw my line out there far into the lake where people don’t have a clue what I’m going to say…it can drive people mad (in fact, I might be responsible for making some people crazy) and then, if luck and the wind hold true, I pull the line to shore and draw the connection – sometimes quite dramatically. Unless I get lost…and sadly, that happens too.

Tonight, though, I’ll start at the end. Today, Hadar Cohen died. She was 19 years old. She was doing her national service as a soldier in the Border Guard, and today she was stationed at the Damascus Gate of the Old City of Jerusalem. I never met her; I never will.


She was beautiful. Had eyes that sparkled…you can see them in this picture. She was standing with a unit of Border Guards when they saw three Arabs approaching the Old City. Something triggered the soldiers to approach the Arabs and ask for some identification.

On my way home today, less than an hour after Hadar was attacked, I saw another guard do the same thing to three young Arabs who were walking in the center of Jerusalem. The soldier approaches and asks to see some identification. What I saw, was three young Arab men pull out their identity cards, show them to the guard, and then walk away. What Hadar and her friends saw, was one of the Arabs pull out a knife and stab one of the Border Guards. Hadar drew her gun, as she had been trained to do, and shot the terrorist. At the same time, another of the terrorists pulled out a concealed gun and shot Hadar. When the battle was over, all three Arabs were permanently neutralized; one young border guard (female) was seriously injured and Hadar was critically injured when she was shot in the head.

She was rushed to the nearest hospital because even in those first seconds, the first responders knew how bad the injury was. She died a short time later, despite heroic attempts to save her life. Another guard is in stable condition; the three Arabs who were clearly on their way to what would have been a a major terror attack if they had succeeded in getting past Hadar.

Two hours before Hadar was attacked and murdered, a Facebook friend named Joshua Wander posted a picture of four female Border Guards near the Damascus Gate. I don’t know if one of these is Hadar. I’m not sure if I want to know. If it is, it is obviously the last picture taken of her alive.

They stand there, these angels, watching, ready, alert. They wear vests to protect them; they’ve been trained to fight, to shoot.

In this intifada that we have been fighting for many months now, men, women, and children have been murdered. Grandparents and pregnant women have been stabbed; elderly and infants have been injured in ramming attacks. There is no profile for a victim in Israel. It can happen in any city, at any time. Jerusalem or Tel Aviv, Raanana or Otniel. No difference.

We are used to seeing strong young men in vests and guns patrolling, but the truth is, there are many female Border Guards who are watching over us, guarding our streets and our lives. Today, Hadar Cohen sacrificed her life, and in so doing, saved many others. It has been confirmed that the Arabs had a bomb with them, in addition to a gun and knives.

Hadar Cohen was 19 years old. She died to protect her people, her friends, her country. I can only hope that at some point, that thought will give her parents comfort. As for the picture above, it is one that might make us sad, but it should also make us proud. These are our children – fulfilling a promise to this land. It is a promise that comes, too often, with a price. Today, Hadar’s family, all of Israel, lost a precious daughter.

May God bless the memory of Hadar Cohen and send comfort to her family. And may those who rise up against us day after day, understand that they will never succeed. Never. A generation of Hadars are stationed all over this land, angels watching over us. May God watch over them and protect them. 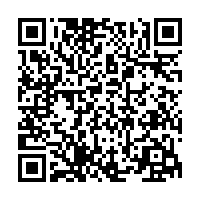