Soldiers of the ultra-Orthodox battalion Netzah Yehuda’s operational company on Monday located a large stash of weapons and ammunition hidden in the trunk of a vehicle and intended for use in a terrorist attack, KIkar Hashabbat reported Wednesday. The car, discovered in Jalazone Village, some four miles from Ramallah, near Beit El, contained assault rifles, grenades and bullet-proof vests. The company caught the car not far from the checkpoint at the entrance to Beit El, where on Sunday there had been a terrorist shooting attack.

The event is part of a long list of operational success stories of the ultra-Orthodox battalion which is part of the Kfir Brigade. The battalion has been posted in the area of Benjamin and the Shilo communities, where many of the terrorist attacks have taken place over the past four months. During that period the Haredi soldiers neutralized several ramming, shooting and stabbing attackers, including an attack in the neighborhood of Romema in Jerusalem.


The Netzah Yehuda Battalion allows religious Israelis to serve in the IDF in an atmosphere conducive to their spiritual path, within a framework that is strictly halakhically observant. The battalion’s main action area is the city of Jenin in Samaria. The battalion was founded in 1999, and originally listed only 30 soldiers. It was started after about 18 months of discussions between a group of Haredi educators led by Rabbi Yitzhak Bar Chaim and the IDF. As of 2009, the battalion has grown to more than 1,000 soldiers, and has reached the status of a fully functioning battalion. It recently marked its 20th draft.

Rabbi Yaron David, from the rabbis of the Nahal Haredi Foundation that established the battalion, notes that “the seizure of the weapons and their large numbers illustrate the importance of the battalion’s activities and the need to maintain the soldiers’ high vigilance. Soldiers of the ‘Netzah Yehuda’ battalion are working around the clock to protect the citizens of Israel, in any place and any time, while continuing to go with the way of the Torah. Besiyata dishmaya, we will continue to stand firm against our enemies, while maintaining the proper routine of any civilians in the sectors we will be stationed at.” 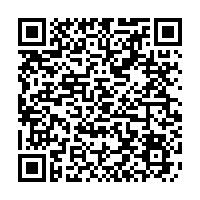