I’ve been privileged to attend the two great speeches of this decade in the Knesset plenum: that of Canadian Prime Minister Stephen Harper (exactly four years ago, January 20, 2014) and that of US Vice President Mike Pence (this week). Two uplifting experiences: one moral and one spiritual.


I felt that each speech was an epoch-making event that perhaps transforms the course of history. I felt in the presence of something momentous.

In his soaring speech to the Knesset, Harper articulated a principled approach that calls-out the hypocrisies and shames the injustices of what too-often passes as “politically correct” policy regarding Israel. He savaged the campaign to boycott and isolate Israel.

“In the world of diplomacy,” Harper said, “with one, solitary, Jewish state and scores of others, it is all too easy ‘to go along to get along’ and single out Israel. But such ‘going along to get along,’ is not a ‘balanced’ approach, nor a ‘sophisticated’ one; it is, quite simply, weak and wrong. Unfortunately, ladies and gentlemen, we live in a world where that kind of moral relativism runs rampant. And in the garden of such moral relativism, the seeds of much more sinister notions can be easily planted.”

“As once Jewish businesses were boycotted, some civil-society leaders today call for a boycott of Israel. On some campuses, intellectualized arguments against Israeli policies thinly mask the underlying realities, such as the shunning of Israeli academics and the harassment of Jewish students. Most disgracefully of all, some openly call Israel an apartheid state.”

“Think about that. Think about the twisted logic and outright malice behind that: A state, based on freedom, democracy and the rule of law, that was founded so Jews can flourish, as Jews, and seek shelter from the shadow of the worst racist experiment in history, that is condemned, and that condemnation is masked in the language of anti-racism. It is nothing short of sickening.”

And in this ugly environment, Harper emphatically concluded, “Support today for the Jewish State of Israel is more than a moral imperative. It is also of strategic importance, also a matter of our own long-term interests.”

And then there was Harper’s thundering finale which brought me and everybody in the room to their feet (for a 15th time): “Through fire and water Canada will stand by Israel!”

The speech was incredibly important validation for Israelis and supporters of Israel everywhere who at times feel outcast or are afflicted by self-doubt – given the daily battering and vituperation of Israel’s enemies.

Came Harper and said: Fret not. Israel may not be perfect, but the problem isn’t you. It’s the nasty way others are judging you. Israel doesn’t merit the vicious and violent criticism it is being treated to. The anti-Israel narrative is not supported by the facts on the ground; and this narrative is just another iteration of the age-old hatred from which Jews have suffered for two millennia.

Harper also mildly anchored his support for Israel in the Jewish People’s Biblical lineage, noting in an earlier speech on Israel’s 60th anniversary that “The descendants of Abraham, Isaac, and Jacob made their way home. Their pilgrimage was the culmination of a two-thousand-year-old dream.”

VICE PRESIDENT PENCE picked up where Harper left off, adopting a meta-historic perspective and adding a spiritual dimension to the case for Israel. For Pence, Israel’s resurgence as a modern nation-state in its ancient homeland is nothing less than Biblical prophecy actualized.

Pence: “As I stand in Abraham’s ‘Promised Land,’ I believe that all who cherish freedom, and seek a brighter future, should cast their eyes here to this place and marvel at what they behold. How unlikely was Israel’s birth; how more unlikely has been her survival. And how confounding, and against the odds, has been her thriving. You have turned the desert into a garden, scarcity into plenty, sickness into health, and you turned hope into a future.”

“Israel is like a tree that has grown deep roots in the soil of your forefathers, yet as it grows, it reaches ever closer to the heavens. And today and every day, the Jewish State of Israel, and all the Jewish people, bear witness to God’s faithfulness, as well as your own.”

“It was the faith of the Jewish people that gathered the scattered fragments of a people and made them whole again; that took the language of the Bible and the landscape of the Psalms and made them live again. And it was faith that rebuilt the ruins of Jerusalem and made them strong again.”

“The Jewish people held fast to a promise through all the ages, written so long ago, that ‘even if you have been banished to the most distant land under the heavens,’ from there He would gather and bring you back to the land which your fathers possessed.”

The Pence turned to Jerusalem, and explained the Trump administration’s decision to recognize it as Israel’s capital by saying: “The Jewish people’s unbreakable bond to this sacred city reaches back more than 3,000 years. It was here, in Jerusalem, on Mount Moriah, that Abraham offered his son, Isaac, and was credited with righteousness for his faith in God. It was here, in Jerusalem, that King David consecrated the capital of the Kingdom of Israel. And since its rebirth, the modern State of Israel has called this city the seat of its government.”

“And so we will ‘pray for the peace of Jerusalem.’ That ‘those who love you be secure,’ that ‘there be peace within your walls, and security in your citadels.’ We will work and strive for that brighter future where everyone who calls this ancient land their home shall sit ‘under their vine and fig tree, and none shall make them afraid.’”

AS PENCE STOOD there at the Knesset rostrum, I sensed that he was davening (praying). He was not only pronouncing policy, but expressing his deepest beliefs and doing a mitzvah (religious good deed). He was fulfilling the Biblical commandment to bless and support the People of Israel.

Pence was doing his sacred duty. As G-d told Abraham (Genesis 12:3): “I will bless them that bless you, and curse him that curses you.”

And guess what, I davened along with Pence. Right there and under my breath, I closed my teared-up eyes and prayed that the paradigm shift in thinking about the Arab-Israeli conflict which is underway, and which President Trump and Vice President Pence have led, will blossom.

I pleaded with Heaven that a new dynamic of realism take root in international diplomacy – one that casts aside the stale and unrealistic “Clinton parameters” and which begins to look for creative and realistic solutions that match the realties on the ground.

I entreated the Highest Power – who indeed astoundingly has “kept us alive, and sustained us, and allowed us to reach this day” (shehecheyanu, vekiymanu…etc.), as Pence magnificently intoned – to bring to power more leaders like Harper and Pence, and to drive the emergence of a more mature Palestinian leadership with whom Israel can conclude peace. 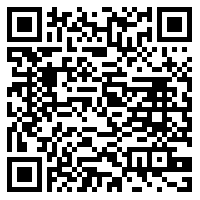