Just before 1 AM Monday, the security command center for the town of Efrat in Gush Etzion identified suspicious movements just east of the Zayit neighborhood.


The suspect, realizing he had been spotted, began to flee, and the security forces gave chase.

The town’s counter-terrorist unit and the IDF managed to surround the suspect, cutting off his escape route, closing in on him until he was captured.

The town’s counter-terrorist unit is made up of combat soldiers in the IDF reserves, who volunteer to be on call 24/7.

According to Efrat Mayor Oded Revivi, “IDF Forces of the Etzion Brigade, under the command of Colonel Sharon Asman, the Security Department of the municipality, under the direction of Ohad Rosh, and the Emergency Response Team (CTU) and security personnel from Nof-Yam Security managed to catch the suspect and transfer him to the Shin Bet for interrogation.

“At no point were local resident in any danger, and so no alert was issued, no alarm was sounded, and no emergency instructions were sent out to the community.

“Thanks to all the security personnel — the dispatchers, security department staff, the Emergency Response Team, the security company staff, and the IDF soldiers — our residents remained unharmed in their warm and comfortable beds.”

On Sunday, a terrorist was captured outside the town of Itamar, armed with multiple firebombs. His accomplice managed to escape. 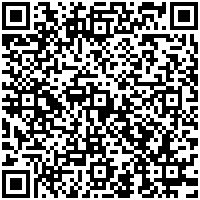