One watches events in large American cities and reads articles from top US news outlets and can only hope and pray for the future of the United States of America. Statues of founding fathers and other great Americans are pulled down for the crime of not being perfect human beings. Shootings are increasing drastically in many big cities, after weeks of violence and looting. The New York Times, Washington Post and other leading news outlets called a pro-American speech by the president of the United States at the base of Mount Rushmore divisive and racist. The speech was a paean to America’s greatness and some of the Americans who made it so great.

Every election is called the most important in a generation, but this time around, this may actually be true. The violence and destruction that has been taking place in major American cities is a harbinger of what’s to come if Joe Biden becomes president and even more so if the Democrats hold the House and take the Senate. One sees a Democratic Party that does not see good in its own country. The country and its hard-working citizens are constantly derided as racist, and Joe Biden has made it clear (as clear as he can be these days) that his priority is to get rid of racism in America. The expression “Black Lives Matter” effectively implies that white ones do not, and when one sees the video of the young Black man knocking over a 92-year-old lady with a walker in Manhattan in broad daylight, he/she realizes that such sloganeering has consequences. If Joe Biden and the Democrats take Washington, you can forget about pride in America, America as a world leader, America as a magnet to immigrants seeking their own American dreams. New York has a police force of over 38,000, but due to its leadership seeing American as fundamentally bad, very little effort was made to stop the recent looting and destruction on 5th Avenue and in Soho. When America is racist and evil, who can blame the rioters for taking what they perceive as belonging to them.


Oftentimes, elections are less about voting for one candidate as much as voting against the other. There is no question that some percentage of Donald Trump’s support in 2016 came from people who did not want Hillary Clinton near the levers of power. So please look at the questions below and think how much they relate to you:

*Do you believe that you are a racist or that a country that twice elected a Black president and idolizes Black athletes and performers like Michael Jordan, Tiger Woods, Denzel Washington and Rihanna is “fundamentally racist”? Joe Biden and the Democrats think it is.

*Did you enjoy more money in your pocket from the Trump tax cuts? Joe Biden has stated several times that he will reverse them.

*Do you believe in and possibly practice the Second Amendment? Joe Biden is on record as saying that Beto O’Rourke will be his gun control czar. Beto said that AR-15’s have to go. And just as they started with Confederate statues and moved onto Washington, Jefferson and Grant, Beto may start with the AR-15, but don’t think that your handgun is any safer. If you want to keep your guns and your right to defend yourself, especially if the police won’t be around, then Joe Biden is not your candidate.

*Do you think that police officers are fundamentally evil or more likely as in all professions, there are some bad apples amongst the vast majority who are upstanding, honest and dedicated to their profession and communities? Defunding the police or limiting their activities can only mean one thing—more crime. It is no coincidence that twenty-somethings who scream for defunding the police have grown up their entire lives with a quiet and enjoyable New York City. They weren’t around when Times Square had peep shows and Central Park was off limits at night. If you think that less police will make your life less safe and lead to more crime and mayhem, then Joe Biden, whose fellow Democrats have pushed the idea of defunding police to the forefront, is not for you.

*Do you believe that all lives matter? Men, women, all races, religions, and creeds? But if you say, “All Lives Matter”, you might lose your job or be shunned for saying something that you truly believe. Between the two candidates only Donald Trump can say, “All Lives Matter” and actually believe it. If you believe that all lives really do matter, Joe Biden and the Democrats do not think like you do.

*Are you happy to see major corporations pandering to the militant left by deleting content, pledging sums of money to people who trample and burn American flags, and firing people for expressing themselves honestly (“All lives matter”; “Buildings matter too”)? You have the personal power of the purse not to buy their shoes or watch their programming or follow their professional sports season. If corporations that benefit so dearly from the freedoms of America to make money, pay low taxes, and have such a talented pool from which to select workers cannot show the basic respect for their—and your—country, then your dollars can be spent better somewhere else. One person may feel helpless against big companies, but if enough people speak with their wallets, companies will hear. Money is the only language that they understand.

*Do you support Antifa or do you see them as fascists in their own right? Do you support the violence they have brought on conservative speakers and in the most recent round of destruction in many American cities? The Democratic Party sees Antifa as its Brownshirts—the muscle that unfortunately sometimes needs to be deployed towards a political end. If you see them as domestic terrorists, then you should vote for Donald Trump.

*Do you want to see John Kerry, Susan Rice and other anti-Israel Obama alumni back in power? Joe Biden has stated that he would bring back these and other such figures. If you feel that they failed in the Iran deal, the Benghazi debacle, growing the economy and in other national and international activities, then the only way to keep them from coming back to Washington is by voting for Donald Trump.

*Do you believe that immigration should be legal and controlled by the US government? If you do not accept unlimited and uncontrolled illegal immigration via the southern border, then Joe Biden is not your candidate.

Donald Trump at times can say and do things that are infuriating, even to his supporters. A tweet about something irrelevant, some comment that will surely raise the hackles of various people including US allies, and general exaggeration and bragging can leave people disappointed. But look at his speech at Mount Rushmore or his most recent State of the Union address. Obviously, somebody else writes his speeches, but he is the one who approves and delivers them, and both are rousing salutes to America, its citizens, its pluck, its successes, its contribution to a better world, and a better future ahead. Donald Trump sees America as a great (not perfect) country and a force for good in the world. If you think similarly about the US, then Trump is your candidate. Joe Biden probably felt similarly in the ’70’s and ’80’s but he is clearly in cognitive decline and has latched onto the left wing of his party and its anti-American rhetoric.

Donald Trump has been called Hitler, yet he takes pride in his daughter’s conversion to Judaism and has been a staunch supporter of Israel. He has been called a racist, but pre-Covid, the US under his administration had the lowest Black and Hispanic unemployment rates in history, a point he proudly touted. He has been called a Nazi, but he has not burned down the Congress, banned the Democratic Party or set up concentration camps for his enemies. America’s armed forces have been replenished during the Trump presidency and Donald Trump was the first president to hold China responsible for its economic activities geared to enrich China at the expense of the US and its workers.

Turnout for US presidential elections tends to be relatively low. But with the fate of the country hanging in the balance, there is no time to ignore one’s civic duty, even if living abroad. The Democrats will do everything possible from ballot harvesting to mail-in voting to prevent Donald Trump’s reelection. If you do not want a more violent, less economically successful, and internationally weaker America, the time to act is now—vote for Donald Trump. And for those of us living in Israel, when America sneezes, Israel catches cold. Biden will not be more pro-Israel than Trump has been and in supporting Black Lives Matter, he will implicitly support their virulently anti-Israel agenda. Keeping Washington a strong ally of Jerusalem once again means keeping the Democrats away from the levers of power. 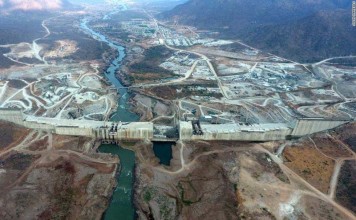 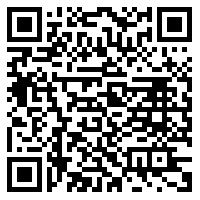