In a garden in Har Nof, Yerushalayim, sits a completely decayed palm tree. Remarkably, all kinds of greenery, including fig tree branches, are growing from it as if it were fertile ground.

Can you imagine fresh fig trees growing from a dead date tree? Incredible! But the most noteworthy point is that it arguably heralds the imminent arrival of the Geulah Shleima.


The Gemara (Sanhedrin 98a) states: “When you see the land of Israel producing its fruit in abundance, you will know that the Geulah is near, and you have no clearer indication of the keitz [end of galus] than this.”

This amazing statement is based on a verse in Yechezkel (36:8): “And you, mountains of Israel, bring forth your branches; ripen your fruit for my children, for they are coming home soon.” The Targum translates the end of this verse as: “their day of redemption is close.”

In the Tochacha of Parshas Bechukosai (26:32), Hashem consoles us partially by telling us that Eretz Yisrael “will remain desolate” while we are in exile, and our enemies “will live in desolation on it.”

The land of Israel yields its fruit only to its children, the nation of Israel. When we are in exile, the land refuses to produce. No other nation was able to make anything grow here. Eretz Yisrael was a desolate wasteland for 1,900 years. Only in the last 50-60 years, when Jews started returning to and cultivating the land, did it gradually start yielding produce, and now we have such abundance that we can export tons of fruits, vegetables, and flowers. Indeed, the land has blossomed to such a degree that even a dead tree is producing new life and vegetation!

The Three Weeks of mourning over the destruction of the Bais Hamikdash are approaching. If we are zocheh, the upcoming fasts will turn into holidays as the Navi Zecharia promises us. When Moshiach comes, the whole world will recognize Hashem and we won’t experience any more wars, terrorism, sickness, or suffering (see Maimonides, Hilchos Melachim).

What can we do to help bring Moshiach? When HaGaon R’ Yosef Soloveitchik was rav in a small town, the people of the great city of Brisk wanted him to become their rav as befitting such a great, brilliant tzaddik. But when they sent a delegation to invite him, he refused, saying he was satisfied with his simple position. They begged – to no avail.

They came back a while later with a different tactic. In response to his expected refusal, they exclaimed, “But Rabbi, do you realize that 50,000 Jews are eagerly awaiting your arrival!?”

The rav couldn’t refuse such a plea and told his rebbetzin, “If 50,000 people are really waiting for me, then we really must accept!” And he became the great Brisker Rav.

When the saintly Chofetz Chaim heard this story he said, “If Hashem would know that millions of Jews are really awaiting the Geulah Shleima, He would surely send us Moshiach immediately.”

So we have to show Hashem that we really want Moshiach to come. Here is one way to do that: Just like we wish each other a chag kasher v’sameach before Pesach and shana tova before Rosh Hashanah, we should endeavor to end each conversation during this time of year with the hope that Moshiach will arrive speedily.

If so many of us ask, how could Hashem refuse? 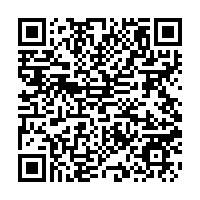