Chabad in Israel on Thursday filed an urgent petition with the Tel Aviv Administrative Court against Tel Aviv Mayor Ron Huldai, following his announcement that he would not allow the Chabad movement to hold an event on Monday in Rabin Square in which men and women would be separated, Israel Hayom reported.

Chabad made clear that, despite reports to the contrary, Monday’s event was not cancelled.


Chabad claims that the municipality had known of and approved the event a few months ago and only now, a few days before the due date, decided to renege on the agreement.

Chabad officials said that “in a hearing before the Tel Aviv municipality, the municipality informed the organizers of the ‘Mashiach in the Square’ event that it would allow them to separate women and men, but without a physical barrier.”

Chabad now petitioned the court to establish a separation between the women and men – “according to halacha – as agreed with the municipality in advance, and as was the case in all the events held by the organizers in the square in previous years.”

The Tel Aviv municipality stated in response that “the Attorney General ruled on June 18 that the municipality has broad discretion to determine conditions regarding the approval of the use of public spaces, and that it has the authority to determine that there will be no gender segregation in the event taking place with its authorization.”

“We will study the petition and present our response to the court,” the Tel Aviv municipality said. 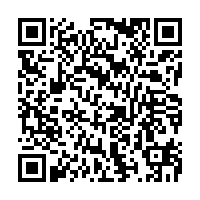