When people of reason and conscience look back on the subject of Shoah (otherwise known as the Holocaust) today, it is common to hear questions like: “How could a nation of philosophers, composers of classical music, technology, poets, in this seat of the Enlightenment itself, suddenly give place to savagery not seen since the Dark Ages? How could such dreadful, inhumane impulses seize every apparatus of a nation and cause it to commit such atrocities?”

In looking at the subject of the Holocaust violence, we can see the obvious influence of pseudo-scientific thought as well as a reversion to a darker philosophy in human history. Arguably, the roots of anti-Semitism in Europe run quite deep, and found their most lethal expression in the Shoah itself; when some six million innocent Jewish men, women and children were done to death on the edge of mass graves in the Ukraine, Poland and Russia or had their lives systematically snuffed out at factories of mass murder such as Sobibor, Majdanek, Auschwitz-Birkenau, Treblinka, Chelmo and Belzec, names that shall forever be remembered as grim testaments to hatred. While it is not the intention of this article to go too in-depth on the roots of European anti-Semitism, it must be touched upon in order to illustrate how prejudice led to disdain, then to hatred, and finally to genocide.

Anti-Semitism in Europe has a long and tragic history. For many centuries, this dislike of the Jewish people of the Diaspora was confined to the religious and social sphere; indeed, it’s all too easy to recall such events as when the pogroms of the First Crusade in 1096, the expulsion from England by Royal Decree in 1290, the Spanish Inquisition, and the expulsion of the Jews from Spain in 1492, the assorted pogroms in Russia and Ukraine; the list is long and horrific. This awful situation persisted as recently as 1959, when a reference to “perfidious Jews” was finally dropped from the Good Friday Liturgy of the Catholic Church (it must be said here that the Roman Catholic Church has made enormous strides in its relations with the Jewish people, most notably beginning with Vatican II and the later efforts of Pope John Paul II; and let us not forget the many Catholics – and others – who risked, and in some cases, lost their lives to save innocent Jews from Nazi terror).

Until the 19th century, European anti-Semitism was largely confined to the religious sphere (and to a lesser extent, the socio-economic sphere as well). Then, by the middle of the Nineteenth Century, it began to change in tone and style. Anti-Semitism became no longer a matter of theological difference, but rather a matter of biological differences. This was the introduction of so-called “scientific racism” through the introduction and application of Darwinian evolutionary theory, which had gained widespread acceptance by the end of the Nineteenth Century. And with this, the argument among European anti-Semites changed from, “Let us convert the Jews” to “Let us rid ourselves of this infectious and invasive species” (May God forbid). Simply put, an openly exterminationist sentiment had arisen, based on pseudo-scientific reasoning. The Jewish people had gone from being “the Other” to being “the Subhuman,” “a bacillus,” “a virus.” Surely they are beyond this defamation.

Darwinism, and its false implication that human beings are mere animals, classified as “superior,” “inferior” or “non-human” is the basis for the pseudo-science of racism. When Hitler said, “Take away the Nordic Germans and nothing remains but the dance of apes,” he was referring to the falsehood of Darwinist ideas. (Carl Cohen, Communism, Fascism and Democracy, Random House, New York, 1972, p. 408-409) While certainly, there are differences between people, to suggest that a group of people is inherently superior to another, and therefore has a right or moral imperative to subjugate the other, is a grossly mistaken idea.

As a result of such pseudo-scientific fallacies and and neo-romanticist fantasies, six million Jews, innocent men, women and children over a vast swath of the European continent were dehumanized, corralled into ghettoes and exterminated by the conquering Nazis. According to their racial delusion, in which the Nazi herrenvolk would rule over a vast empire of slaves, with the conquered peoples being the hewers of wood and drawers of water, and with the Jewish people (not to mention anyone else who failed to measure up to the Nazis exacting Darwinian standards) having been eliminated from the face of the earth itself. The Nazis’ crude interpretations of Darwinism and their outlandish views of history such as Ariosophy, are all too familiar to anyone with even a rudimentary education, and there is no need to comprehensively explain their overall ideology. There are indeed people alive inIsrael today, and many other countries, who survived this darkest period of human history, who can easily attest to the horrors they witnessed and experienced. Therefore, we must also address a point which has emerged from the shadows; the notion of denying that the Shoah took place, or as it is better known, Holocaust Denial.

Holocaust denial is a peculiar subset of pseudo-history which teaches that anyone who lays claim to the mantle of “historian” can deny, out-of-hand, that the Shoah took place. Aside from the reams of documentary evidence, or the photographs taken by members of the Nazi extermination squads as they wrought their vile handiwork, we have the words of the perpetrators themselves, including the testimony on the stand, under oath, of no one less than Rudolf Höss, the Commandant of Auschwitz, not to mention the testimony of Adolf Eichmann, the pencil-pushing architect of the Final Solution, as well as the infamous “Pozen Speech” (which was recorded by the way) of Heinrich Himmler, head of the Nazi RSHA (Reichssicherhauptamt – or Reich Central Security, the umbrella security organization of the SS, SD and the Gestapo) and directly responsible for the Shoah itself. That any sane individual, not to mention a historian, can dismiss this overwhelming verifiable evidence which clearly testifies as to what transpired, often in the most blood-chilling and sickening detail, beggars belief. To maintain that the Shoah is either a wholly fictive event, or that it was “grossly exaggerated” is the pinnacle of intellectual dishonesty, and indeed we as Muslims must roundly condemn such foolishness with any other reasonable mind.

As Muslims, we bear a special obligation to confront the anti-Semitism that has infected the Muslim world. We must not traffic in discredited ideas and unbecoming stereotypes or proclaim, as truth, notorious forgeries such as “The Protocols of the Elders of Zion” (it has been well known for almost a century now that this tract was a forgery by the Czarist Secret Police in order to justify pogroms in Russia). We must not subscribe to pseudo-scientific notions such as racism, nor allow ourselves to succumb to pseudo-historic nonsense such as Holocaust Denial. When it comes to anti-Semitism, we must confront it. We must educate against it. And most of all, we must repudiate it utterly.

Racist ideology is completely contradictory to Islam and according to Islam, human superiority has nothing to do with race or any criteria that human beings are judged by in this world. God reveals this truth in the Qur’an:

Mankind! We created you from a male and female, and made you into peoples and tribes so that you might come to know each other. The noblest among you in God’s sight is that one of you who best performs his duty. God is All-Knowing, All-Aware. (Qur’an, 49:13)

With this in mind, we can also look to the recent past and remember how Turkish diplomats worked to save Jews from persecution and extermination during the Second World War. Although it is neither as emphasized or as well-known as the stories of Oskar Schindler or Raoul Wallenberg, it is a fact that Turkish diplomats provided official documents such as citizenship cards and passports to thousands of Jews. Just to give one example, the Turkish ambassador Behiç Erkin -in order to save the Jews- gave the Nazis documents certifying that their property, houses and businesses, belonged to Turks. In this way, many lives were saved. Yet another example is that of the Turks who organized boats to carry Jews to safety inTurkey. My intention in mentioning this is that Muslim Turks’ attitude for centuries has demonstrated that Turks and Jews have continued to help each other in times of great crises and God willing, it will continue to be this way, no matter what happens.

For hundreds of years, Jews have known suffering, pain, and have never been at ease. Since the Diaspora, they have been expelled from most every place they ever went for centuries. And now there are some who say they want the Jews to leave Israelalso. The question arises, “Where are they supposed to go?” The Jews, the people of Israel, have the right to live in the Holy Land, in peace and security; indeed, it is so commanded by God Himself in the Qur’an: “And thereafter We said to the Children of Israel: ‘Dwell securely in the Promised Land.'” (Surah Al-Isra, 104) Therefore, no one who professes submission to God and heeds the Word of God can oppose their existence in theHoly Land. And as Turks, as Muslims as much as we want the welfare of humanity, we want Jews to live in peace as well. We will always make our best efforts to ensure this goal. 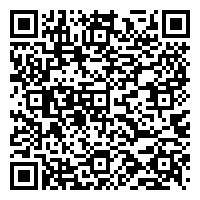