The legendary poetic expression of Rabbi Yehuda Halevi, “Libi ba’mizrach va’anochi b’sof hama’arav” (my heart is in the east (Israel) but I am at the edge of the west), felt more literal and relevant to me than ever on my recent vacation.

In December 2019, my wife found relatively cheap airfare to Eretz Yisrael for a summer vacation. We booked the flights with great joy and excitement. While both of us have visited many times, we were looking forward to experiencing the treasures of Israel together.


Fast forward to April, 2020, and even as we all were still perpetually but naively hoping the pandemic would be over in “just one more week,” we made the decision to cancel our trip. I was disappointed, but it was soon obvious that we made the right choice.

Fast forward again to April, 2021. We were both vaccinated. Israel had made tremendous progress in its impressive vaccination drive. “Surely this summer we would be going to Israel,” we thought! And we booked tickets again. And then the Delta variant arrived. Cases were rising in Israel, and by the second week of July, we once again, with great disappointment, canceled that trip.

Instead, we booked tickets to Los Angeles, California. Literally, in a way that Yehuda Halevi could not have imagined, “sof hama’arav.”

Los Angeles was a great destination in a certain sense for observant Jews; we were able to lodge in a hotel in the heart of an observant neighborhood. Shuls and restaurants just a couple of blocks away. It is a community of b’nei Torah and fantastic rabbanim.

But even with the excitement of arriving in California, there was a tinge of sadness. We were not going to be in Yerushalayim. We would have a good vacation, but it is just not Eretz Yisrael.

While once upon a time, philosophers discussed the chasm between Athens and Jerusalem, today the two points of comparison are between Hollywood and Jerusalem. A real contrast between far west and east. This contrast really hit me as we explored Hollywood Boulevard our first full day there. In Yerushalayim, the streets are named for the avot and imahot, nevi’im, sifrei kodesh, gedolei Torah, as well as Zionism’s great leaders and thinkers. When exploring the Walk of Fame, one encounters the names of famous people on the engraved stars as well.

But it is worthwhile to stop for a second and consider: what is it that makes the stars on the Walk of Fame famous? How did they achieve their notoriety? The answer, for the most part, is that they entertain us.

Both the question and the answer may warrant some analysis and thoughtful introspection on our part.

It is natural (even for shy people!) to want to be famous. Yet, we have to think about why we want to be famous and if it is even worthwhile. Perhaps we think that fame equates popularity, power, and wealth; perhaps it is not the fame itself but a sign that we have achieved something successful.

But there are costs to fame. If Hillel were alive today, I would imagine that he would add something to his mishnah that is found in Avot 2:7 – the more fame one achieves, the greater scrutiny one invites and the greater envy and pursuit of “more” that is generated. As fame is something achieved organically, there is no training for how to use that fame responsibly. Does one use it to help others and to spread important ideas, or does it increase self absorbance? A talmid chacham is only allowed to have an eighth of an eighth of ego (Sotah 5a).

Jerusalem views the ego of its heroic scholar as, at best, a necessary evil and only in minute amounts, even if he or she becomes famed for their scholarship. Furthermore, that fame is only accompanied by achievements in serving G-d and helping others. Those who were not religious for whom streets are named contributed to society in a meaningful fashion. Still, we must remind ourselves in this world of stars and influencers that success is not only correlated with fame.

In his book Beyond the Instant, Rabbi Mark Wildes implores today’s young people to remember that there were people who helped the State of Israel who were not just Herzl and Ben Gurion. “We need to stop assessing people’s worth and purpose by their wealth, status, or fame, and this applies equally to our spiritual lives.” It was fun to take a bus tour around Beverly Hills and see celebrities’ homes, but I will never tie my worth to the worth of my home in an exclusive location. Instead, we need to be mission-oriented and recognize that any contribution we make to society is valuable and necessary.

We are increasingly recognizing the challenge of engaging people in spirituality and Torah learning when Netflix beckons us. On the one hand, Hollywood can teach us a lot about creativity and captivating people that rabbis and educators can capitalize on. On the other hand, I believe we have to be careful to consider the effects of entertainment on Torah learning.

Entertainment is great at relieving stress but it emphasizes escaping this world. The Torah, in contrast, means to help us confront real life. Do not misunderstand me – it is the responsibility of rabbis and educators to give their all to captivate their congregants and students. The Gemara (Shabbat 30a) endorses the virtues of incorporating humor in Torah learning, as Rabbah would begin his shiur with a joke. From time immemorial, a dvar Torah has an entertaining opening. I personally use YouTube and even self-made videos to convey lessons.

But we must be clear on our purpose: are we coming to learn in order to be entertained or ki im lishmoa et divrei Hashem – to hear the word of G-d (Amos 8:11)? We confuse the two at our peril. While Universal Studios entertained me, I have no aspirations of being entertained at Kotel HaMaaravi or a shiur given by Rav Asher Weiss. If a rabbi only gives a stand-up comedy routine as a drasha, it is rabbinic malpractice.

There is a time and place to be entertained, but to hear G-d’s voice, we may need to be able to grapple with the complexity of a shiur that may not be as charming as a video. When we come to shul on Shabbat, we should appreciate the break from special effects and editing to hear an authentic, unadulterated kol demamah dakah – a still small voice that conveys G-d’s wisdom. Entertainment lechud, Torah lechud – each one has its separate role in life.

It is not that I am against culture, and I enjoyed my exploration of the world of Hollywood; it was thrilling to stroll through the Harry Potter exhibit at the Warner Brothers’ studio and it was amusing to experience the Simpsons ride at Universal Studios. Both companies produced shows and movies that have made me laugh and empathize with its characters. These studios are home to the West Wing and Bruce Almighty! We should not outright dismiss the instructive lessons and varied perspectives that we can obtain from the pop culture that permeates our country. We further have much to learn from the creativity and ambition of those in the entertainment industry.

It was a much-needed relaxing, rejuvenating vacation. I was able to enjoy myself while also taking time to learn and reflect.

Yet while I was at the very, very far west, my heart was in the east.

Upon returning home, I look to my left and see the portrait of another of my role models, my rebbe, Rav Aharon Lichtenstein, zt”l, staring at me. It is his Torah that emanated from Zion that ultimately shapes my life.

Maybe next summer this pandemic will be finally abated and we will be back in the Holy Land. 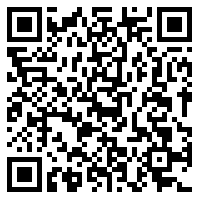