The reaction to President Trump’s decision on Jerusalem has varied widely in the Arab world. For example, the Saudi reaction has been moderate. It is well described by Rob Satloff in a report on his recent visit to Riyadh, which is entitled “Mohammed bin Salman Doesn’t Want to Talk About Jerusalem.”


The reaction from Palestinian Authority president Mahmoud Abbas has been poisonous. In a speech at the special meeting of the Organization of the Islamic Conference, he made numerous false and inflammatory statements about Israel, Jews, and Jerusalem. Here’s just one example:

It is no longer possible to remain silent as Israel continues to violate the identity and character of the city of Jerusalem, the continuation of excavations and settlements and, most importantly, its violations of Islamic and Christian holy places, especially Al-Aqsa Mosque. Therefore, the situation requires decisive guarantees to stop Israeli violations in Jerusalem and to preserve the historic status quo at Al Aqsa Mosque.

Israeli archaeologists have been exceptionally careful in their excavations of Jewish, Christian, and Muslim holy places , a stark contrast to what happened in the years when Jerusalem was under Jordanian control and the Jewish Quarter and its synagogues were largely destroyed and Jews were not permitted to visit there. What Abbas is objecting to is that archaeologists keep finding more and more aspects of the Jewish past in Jerusalem, in the Biblical period. Like his predecessor Yasser Arafat, Abbas is now denying any Jewish history in Jerusalem at all–a flagrantly false and insulting claim.

His comment about this in his speech was not so much anti-Israel as anti-Semitic. As reported in Tablet, he said

I don’t want to discuss religion or history because they are really excellent in faking and counterfeiting history and religion. But if we read the Torah it says that the Canaanites were there before the time of our prophet Abraham and their existence continued since that time—this is in the Torah itself. But if they would like to fake this history, they are really masters in this and it is mentioned in the holy Qur’an they fabricate truth and they try to do that and they believe in that but we have been there in this location for thousands of years. (emphasis added)

I’ve known Abbas for about 15 years and it is painful to see this man, generally viewed as a “moderate voice,” descend to these depths. He has done it before, and then pulled back when called on it: see his speech to the European Parliament in 2016, when he said Israeli rabbis were calling for the poisoning of water wells in the West Bank and then issued a statement saying he’d been misinformed.

Abbas is now presenting Jerusalem as a Christian/Muslim city whose only connection to the Jews is that they are lying about it and defiling it. It has never been clear to me what he expected to gain from such vile statements, because he will never out-Hamas Hamas, never compete with them successfully in hatred of Jews.

President Trump’s statement on Jerusalem was criticized in many quarters as threatening the “peace process.” Reading Abbas’s speech one cannot avoid thinking “what peace process?” If Abbas is the only, indeed best possible, Palestinian partner for peace and these are his views, what chance is there for a successful negotiation? None, I would think. And this conclusion may be widely shared, even in the Arab world. Many have noted the relatively moderate official Arab reaction, and perhaps Mr. Abbas’s speech is his emotional reaction to being abandoned–to his conclusion that Arab leaders have written him off.

That’s speculation. What seems to me less speculative is that the “peace process” is damaged not by decisions like the President’s, which was so carefully worded and explained, but by the kind of language Abbas used. It was inflammatory, false, and anti-Semitic. I do note that the official Palestinian News Agency version of his speech, linked above, omits the worst anti-Semitic passage. But he said it. The omission only proves that even among Palestinians, there is some understanding that you cannot say those things and then hold yourself out as a leader committed to peace and harmonious coexistence. 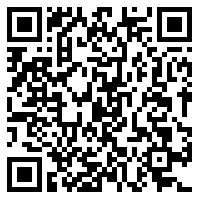