The Security Cabinet will ask the High Court of Justice to reconvene and reconsider its decision banning the state from holding the bodies of terrorists as bargaining chips for the remains of Israeli soldiers and for Israeli civilians held by Hamas in Gaza.

A statement released following a meeting of the Security Cabinet on Monday morning said that no bodies of terrorists would be released and no new legislation would be advanced until an expanded panel of judges had heard the case.


Last week, the High Court ruled, in response to a petition filed by the families of the terror tunnel terrorists whose remains are currently held by Israel, that “the State of Israel – as a state governed by the rule of law – can not, in the absence of a specific statute, hold the bodies of terrorists for the purpose of negotiations.”

“If the state wishes to do so, it must formulate legal arrangements dedicated to this specific issue and pass them as primary legislation that will meet the standards of Israeli and international law,” the court added.

The court gave the state six months to pass legislation on the matter and said that if it failed to do so it would have to return the bodies of Arab terrorists currently held by Israel, including the bodies of five Islamic Jihad operatives killed when the IDF blew up a cross-border tunnel from Gaza on October 30.

Defense Minister Avigdor Liberman said in the wake of the ruling that he would expedite legislation that would enable Israel to hold the bodies of terrorists for the purposes of negotiations, however Monday’s statement by the Security Cabinet means that it has accepted the position of Attorney General Avichai Mandelblit to first seek to have the decision overruled by an expanded panel.

The family of Hadar Goldin, whose body is being held hostage by Hamas in Gaza, is not happy with the cabinet’s decision. They want a law passed forbidding the return of terrorist bodies until the bodies of Hadar Goldin and Shaul Oron are returned.

Since the tunnel’s destruction the family have managed to block an attempt by the IDF to return the bodies to Gaza. 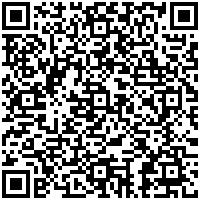