The men had been invited by two Providence synagogues, the Modern Orthodox Congregation Beth Sholom and the Conservative Temple Emanu-El, and were also welcomed at other synagogues, including Newport’s Touro Synagogue, Providence’s haredi Sha’arei Tefilla, as well as at the Brown RISD Hillel.


On multiple occasions during Elder Ovadiah and Elder Pinchas’ visit, the three of us ran into Rabbi Moshe Moskowitz, director of Meor at Brown University. He kept asking if there was time for us to sit down together for coffee or tea so that he could hear about the elders’ Jewish experience in Rhode Island.

Following their first encounter with Rabbi Moskowitz, who is in his twenties, Elder Ovadiah exclaimed, “This is a wonderful revolution in Judaism! It used to be that one would imagine a rabbi as an old man with a long white beard, but there are rabbis who are so young!”

Finally, on the day before they returned to Nigeria, we managed to rendezvous with the rabbi at a coffee shop. After buying a round of tea, Rabbi Moskowitz asked the elders what they had hoped to accomplish with their twelve-day visit.

“The idea was to be able to interact with Jews in Rhode Island, get firsthand information of how the community runs, and lay a foundation to break the isolation we are experiencing in Nigeria,” said Elder Pinchas.

There are some 3,000 members of the Igbo ethnic group practicing Judaism in Nigeria. Self-identifying as members of a lost tribe of Israel, and not having undergone a formal conversion, these Nigerians’ communal interaction with Jews outside of the country is limited.

“Since we came on the eve of Sukkot, it has been a great experience,” Pinchas continued. “It’s our first time leaving our country, and our port of call has been Rhode Island because of the invitation we received.”

Pinchas put down his tea cup. “To see children walking in the streets with kippot and to see a large number of people practicing the tradition — it’s an eye-opener for us.”

Rabbi Moskowitz laughed. “It’s such a different perspective. I think it’s the first time I’ve heard someone describe the Jewish community in Rhode Island as having great numbers!”

The rabbi was curious to know if the elders had encountered anything that was very different from what they had expected.

“We’re not at the level where we can each have our own family sukkah in Nigeria,” Elder Ovadiah replied. “We didn’t expect to see this. We only have one at the synagogue. I said to Pinchas that we should make an effort to all have our own sukkot in our homes, as we’ve seen here.”

Rabbi Moskowitz wondered if there were other changes the men planned to make following their visit, or other lasting experiences they would take back with them to Abuja.

“We have seen schools where students are practicing and studying Hebrew and Judaism alongside their other academic studies. This early Jewish childhood education, which is available here, we must bring back to Abuja,” said Pinchas, referring to the fact that there are currently no Jewish schools in the capital city. Jewish education in Abuja centers around the city’s three primarily Igbo synagogues, the largest of which is Gihon Synagogue.

Rabbi Moskowitz asked if there was one moment of their visit that stood out.

“It was at Marvin and Miriam [Stark]’s, during their sukkah party. [The Starks throw an annual evening sukkah party that draws Jews from all over Providence.] It was there we saw and experienced for the first time the presence of four rabbis sitting at one table and saw young boys and girls singing with great joy,” said Pinchas. “To see one rabbi is difficult for us. It can take four or five years. So to see four rabbis at one time, along with people from different synagogues behaving like brothers and sisters – singing, swaying, clapping – we will not forget this. Also seeing the oldest synagogue [Newport’s Touro Synagogue] in America.” 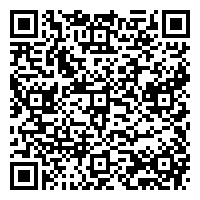