While Women of the Wall has built up a name for themselves as a feminist organization promoting women’s rights in Israel, their leadership in fact have links to anti-Israel groups that not many people know about.

In Israel, Women of the Wall is often presented as a feminist organization seeking to conduct egalitarian prayer services with women wearing tallits at the Western Wall, the last remnant of the Second Temple in Jerusalem, the holiest site within the Jewish faith. Regardless of whether one views their actions as provocative publicity stunts that disturb the peace at the Western Wall or as noble deeds designed to promote women’s rights within the Jewish religion, the Israeli public is generally not aware that the Women of the Wall leadership possesses links to anti-Israel groups.

The Jewish Press has learned that Women of the Wall Vice Chair Batya Kallus serves as an adviser to Sikkuy. This NGO is a signatory to the Haifa Declaration, which calls for the abolishing of the State of Israel, praises violent resistance, and accuses Israel of manipulating the memory of the Holocaust for political purposes.

Furthermore, Kallus has facilitated funding for anti-Israel groups Adalah, Ir Amin, Yesh Din, and Mossawa, as part of her position as programs officer for the Moria Fund. Though outwardly presented as human rights groups, these organizations contribute towards the delegitimization of Israel in the world.

Adalah is opposed to Israel’s right to exist as a Jewish state, views Israel to be a colonial state, and has participated in anti-Israel activism via Israel Apartheid Weeks and the Goldstone Report, which until its arguments were retracted by its main author caused Israel significant diplomatic damage. Adalah is mentioned by name 38 times in the Goldstone Report.

Ir Amim supports the division of Jerusalem, has asserted that Israel’s archaeological digs within the city are a “tool in the fight for control” over the city, that Israeli governmental powers are being handed over to “settler organizations,” and that the Security Barrier is not motivated primarily by security concerns. They run highly politicized anti-Israel tours of the holy city, which indoctrinate internationals into holding anti-Israel views. In the Huffington Post, Ir Amim appealed to the US Government to “threaten Israel with severing diplomatic ties. Threaten us with cutting back on, or even cutting off, the annual support package. Bludgeon us over the head and force us to wise up.”

Yesh Din views Israel to be an apartheid state and demonstrated support for Turkey after the Gaza Flotilla incident, even though the Turkish sailors on board the Mavi Marmara ship chanted jihadi slogans and attacked IDF soldiers. They routinely indoctrinate foreign diplomats to hold anti-Israel views, petition the Israeli Supreme Court to rule more in favor of the Palestinian side, and encourage Palestinians to demand more from Israel.

Mossawa is based on the premise that “the State of Israel was established on the ruins of the Palestinian people, for whom the event was a national tragedy – the Nakba.” Mossawa, like Adalah, explicitly has stated that they refuse to recognize Israel’s right to exist as a Jewish state. They publish an annual racism report that makes outrageous claims, such as labeling an indictment against Hadash Chairman MK Muhammad Barakeh for assaulting a police officer as a violation of the Arab MK’s political freedom. This listing just represents a sample of the types of organizations that Kallus facilitated funding for.

Woman of the Wall Chair Anat Hoffman also happens to be the chair of the Domari Society of Gypsies in Jerusalem. Her association partners include Yonathan Mizrahi and Dafna Strauss from the Emek Shaveh organization, which calls for an international committee to investigate Israeli archaeological work in Jerusalem and runs archaeology-based anti-Israel tours of the city.

The Domari Society of Gypsies is also part of Al Aqsa Grassroots, an anti-Israel network that supports “resistance to the occupation” and is against the “Judaization of Jerusalem,” in addition to supporting the Palestinian right of return to Israel proper.

Additionally, prior to the 1993 Oslo Accords, Hoffman was the chairwoman of Women in Black, a group that advocates giving all of Judea and Samaria, as well as East Jerusalem which includes the area of the Kotel, to the Palestinian Authority. Interestingly, the Women of the Wall organization do not deny these accusations in regards to their leadership. Women of the Wall spokeswoman Shira Pruce stated, “Our participants and supporters come from all walks of life, political opinions, and Jewish denominations.” 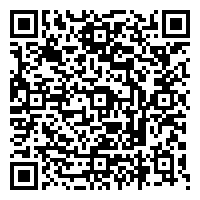