This week, Pope Francis captured hearts and headlines  when he publicly condemned the scourge of sexual abuse by Catholic priests and – more significantly – the systemic cover-up by church leaders.  The Pontiff’s expressions of contrition are a welcome reversal following decades of obfuscation.


“With shame and repentance,” Francis wrote, “we acknowledge as an ecclesial community that we were not where we should have been, that we did not act in a timely manner, realizing the magnitude and the gravity of the damage done to so many lives.

“We showed no care for the little ones; we abandoned them.”

Since the wave of accusations began to break in the 1990s, many Catholics have lost their faith and, understandably, renounced all ties to the Vatican.  What’s remarkable, however, is the report that some Catholics have responded to the scandalous revelations by actually deepening their commitment.

As one parishioner in Erie, Pennsylvania, explained:  “It makes us stronger for sure.  We need our faith now more than ever.”

This might strike many as detachment from reality.  But it reveals a profound truth about the essence of our humanity.

There is no righteous person upon this earth, King Solomon says, who does good and does not sin.

Without human imperfection, there is no opportunity for virtue.  How else can we summon within ourselves the heroism of spiritual self-discipline necessary than by rejecting the seductive call of sensual pleasure and ego gratification?  It is our moral frailty that creates the potential for moral greatness.

If you are not a saint, that is all the more reason to pursue saintliness.  Nor should you be deterred by your failures.  Indeed, even devout adherents to higher values inevitably stumble and fall despite their most sincere efforts.

It is what we do after we fall that makes all the difference.

Do we make excuses for ourselves while blaming others?  Do we cover over our indiscretions and seek to hide them, even from ourselves?  Do we react to corruption by looking the other way, thereby giving tacit consent to transgressors and their misdeeds?  Do we allow the strong to victimize the weak because we fear putting ourselves in harm’s way?

Or do we stand up and speak out by taking responsibility for our own trespasses and demanding accountability from the perpetrators of evil?

The greatest act of moral courage is to risk the slings and arrows of our own neighbors and allies by condemning wickedness wherever we find it, whatever form it takes.  When we call out corruption and hypocrisy from friend and foe alike, we not only strengthen our own moral resolution but inspire those around us to expect more from themselves as well.

Though a righteous person falls seven times, he rises again.

Solomon is not merely observing that a righteous person gets up again after each fall.  Rather, he promises that every time we fall and find the strength to rise again, we transform ourselves into truly righteous people.  Through our determination to do what is right, we recreate ourselves in the image of our Creator and cultivate the moral wisdom that emanates from the depths of the soul.

It is the challenge to be virtuous that gives us the strength and courage to travel the path of the righteous.  It is the struggle to expect more from ourselves every day of our lives that earns us the merit to walk in their company. 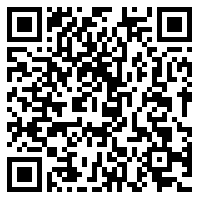