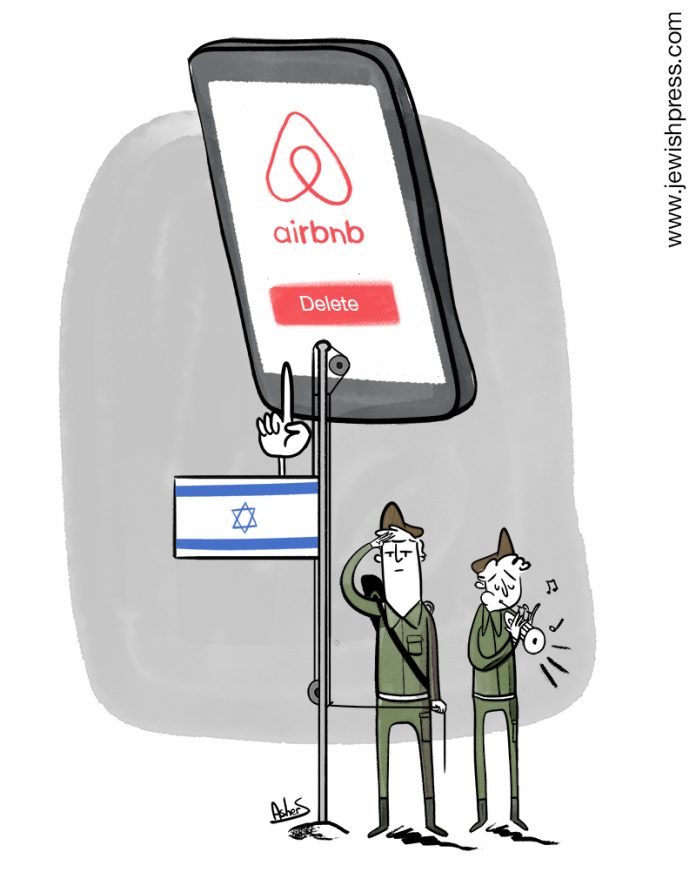 It’s unprecedented that Airbnb, the online accommodation website that rents rooms and houses to tourists throughout the world, has decided to act as the world’s moral compass by removing all listings of Jewish homes in the disputed territories of Judea and Samaria, also known as the West Bank. Their decision is particularly disheartening in light of the fact that Airbnb has not removed a single listing from of its platform of properties owned by Turks in Cyprus, Moroccans in Sahara, Chinese in Tibet or Russians in the Crimea—in other words the occupiers in other disputed territories around the world.


When it comes to double standards, Israel is the ideal target for every kind of persecution. The European Union and the United Nations ride on their moral high horses by passing resolutions that exclusively target the Jewish State while ignoring the world’s foremost human rights abusers, murderers, and dictators. Following their lead, the global online rental website has announced it will remove approximately 200 apartments belonging to Israeli citizens in Judea and Samaria. Israel’s Ministries of Justice and Tourism are scrambling to prepare their responses.

Airbnb, famous for its popular policies (widely publicized in 2016 when it adopted a number of product and policy changes aimed at fighting discrimination after it faced widespread backlash over hosts refusing to rent to black guests) has followed the great anti-Semitic masters. In a confused but elaborate explanatory statement on its website, the company announced its decision to single out Jewish owners, while terming the area in which these Jews live, “the occupied West Bank.”

It is part of a gross pattern in which Israel—which represents the collective Jew—is repeatedly condemned by all the anti-Semites of the world.

The statement alludes to security, justice, peace and suffering, by wholeheartedly adhering to the Palestinian narrative—despite the fact that the international legal definition refers to Judea and Samaria instead as “disputed territories.” Airbnb has therefore chosen to join the self-nominated defenders of globalization and human rights, and become the latest company to join the anti-IsraelBoycott, Divestment and Sanctions (BDS) movement. This anti-Semitic movement calls for the total boycott of Israel, a discriminatory act which has already been prohibited by 26 of America’s 50 states.

Airbnb doesn’t like the rooms, apartments and homes of Jews, and it cannot be considered a matter of chance that it announced its new policy decision the day before the NGO Human Rights Watch—famous for its anti-Israel animus—was set to publish a report examining its activities in the West Bank.

Arvind Ganesan, the director of Human Rights Watch’s Business and Human Rights Division, praised the Airbnb move that penalizes over two hundred families who rent in the area, and urged “other companies to follow suit.”

Saeb Erekat, the so-called senior Palestinian negotiator—who denies Israel’s very right to exist and serves as the professional whose job it is to repeatedly refuse every peace proposal Israel has offered over the past 25 years—thanked Airbnb for condemning what he defines as “a colonial occupation.” Yet Erekat has never uttered a word about the human rights abuses of Iran or Hezbollah in Syria.

Erekat is not the least bit concerned that BDS has been unmasked as a movement linked to the most rabid anti-Semitic groups and terror-financing sponsors. Certainly, Airbnb is aware of this too.

They are proud to be added to the expanding list of Boycotters. And it is simply part of the movement’s intellectually dishonest and anti-Semitic game when Airbnb couches its decision with claims that it took its decision in order to encourage a “lasting peace,” and that it desires that “a framework is put in place… so there will be a resolution to this historic conflict and a clear path forward.”

If we carefully peer through this framework to delegitimize Israel’s very existence, we can see the smiling images of Yasser Arafat, the former Palestinian president and PLO leader, his successor Mahmoud Abbas and Hamas leader in Gaza, Yahya Sinwar. We can see the textbooks used in Palestinian schools that teach children how to hate Jews and injure them with guns, knives, cars and missiles. We can hear Abbas’s declarations in which he unequivocally refuses any efforts to negotiate peace.

A boycott of this kind leads us back to opting for the old model of booking the expensive hotel, even those with a 3-star rating, and to abandon the room, apartment or home of the globalist anti-Semitic game now being played by Airbnb. 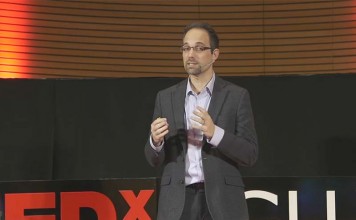