MK Naftali Bennett threatened that his party, Bayit Yehudi, would leave the coalition if he were not appointed Defense Minister in Avigdor Liberman’s stead, after Liberman resigned. Liberman resigned because his hands were tied in making decisions about how to respond to the barrage of missiles from Gaza, or so he implied. Which begs the question: if Liberman’s hands were tied, why wouldn’t Bennett be equally held back from responding to Gaza according to his druthers, were he appointed defense minister?


The fact is that an Israeli defense minister can be overruled by a sitting prime minister. Which would not be at all unusual or out of line. Most appointments by a prime minister are relegated to silent positions and prevented from forming their own policies. So no matter how much Bennett promises to finish off Hamas for good, the promise remains an empty one. Even if Bibi were to appoint him defense minister, Bennett wouldn’t have carte blanche to make military decisions on his own. The prime minister always has the final say.

Being defense minister in Israel, is in some respects like being the vice president of America. A vice president has no real power. It’s more of a stepping stone to an even higher office, the presidency.

Bennett had an opportunity handed to him with Liberman’s resignation: demand the defense ministry and use it as a stepping stone to become prime minister. If the prime minister refuses to appoint him, he can threaten to leave the coalition and bring down the government. Either way, Bennett and his party stood to gain. Bayit Yehudi would have gained from early elections. Bennett’s own star would have risen further, had this been the case, especially with Bibi embroiled in legal troubles and with the threat of war on multiple fronts.

While both Bibi and Bennett are war heroes, Bibi has come to seem more statesmanlike, while the younger Bennett retains a sort of military aura. We can see Bennett as a warrior, so that he comes off as a man of action, while Bibi is more Churchillian: great at making memorable speeches. Many of the people of Sderot and Southern Israel see Bennett as their possible savior, but it’s all a mirage. It’s all appearances.

Bennett could not actually do anything he promises to do as defense minister, because Bibi would stop him. He probably wouldn’t do any better as prime minister. It’s one thing to make promises of what one would do as defense minister or prime minister, quite another to actually carry them out. No doubt Bennett’s hand would be stayed by the same concerns that now give Netanyahu pause. Things like, for instance, Iran. The threat from Hezbollah in the North. The fact that the army doesn’t have adequate skilled manpower to handle several fronts at once.

Netanyahu works the Middle East like a giant chess board and he is a master. Bennett is very smart and has accomplished a great deal in his lifetime. He was a star in the military, in business, and in politics. Still, no one should be fooled that Bennett’s braggadocio that he knows better than Bibi—knows how to take care of Gaza—is at all meaningful. There is absolutely no reason to think that Bennett is “our only chance,” as one Southern Israeli said to me. He’s not in the driver seat and wouldn’t be in it even if he were defense minister.

As prime minister, he’d be liable to do exactly what Netanyahu is now doing. Or worse, he’d rush headlong into something we can’t handle. No one wants to see that happen. Except maybe Hamas.

In the end, Bennett backed down and didn’t have Bayit Yehudi leave the coalition. This was the intelligent move to make, especially after Bibi’s press conference the night before. Bibi made it clear that Bennett’s machinations were only grandstanding for political gain. He also made it clear that there are things we don’t know and that these games just get in the way of the real work ahead of us.

Elections are costly in terms of both money and manpower. They take the focus away from the actual running of the country. Bringing the government down at a time when there are multiple military threats is a recipe for chaos and disaster.

Had Bennett gone ahead and brought the government down, he would have looked shallow and narcissistic. It would have looked like he was exploiting a military situation for personal political gain. Which was exactly what he was doing. That is why, in the end, Bennett was smart to cut his losses and stand down.

He figured it out, as Bibi knew he would: Bennett got pwned by Bibi, the Pwn Master. 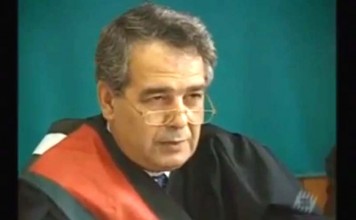 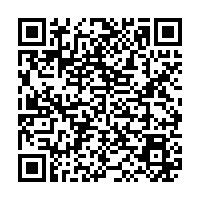