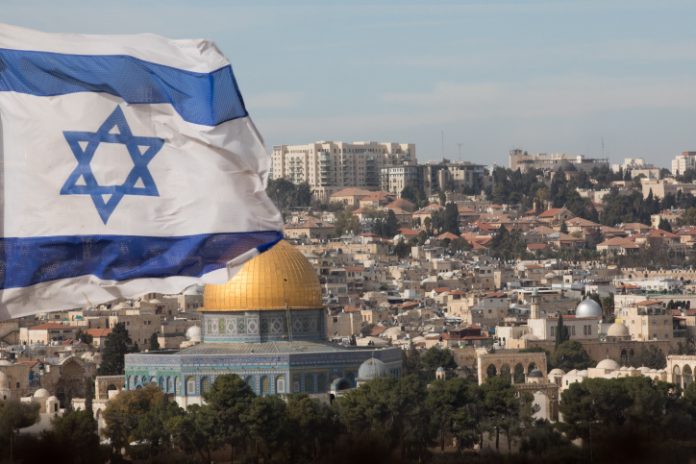 As Jews last week celebrated Passover and Muslims observed Ramadan, violent images were broadcast of Palestinian thugs vandalizing the Al-Aqsa mosque in Jerusalem, and hurling Molotov cocktails and stones on the Temple Mount and at Jews praying at the Western Wall below.

The motivation behind the Arab rage? Initially, false rumors were promoted that settlers were planning to make animal sacrifices, a claim that Ofir Gendelman, spokesperson to the Arab media in the Israeli Prime Minister’s Office, stressed was false. They had, in fact, been promoted by Hamas for the express purpose of inciting terror.


That spurious charge against Israelis was merely a new variant of the long-standing accusation made against Jews by Arabs that dastardly Jews were plotting to destroy the sacred Al-Aqsa mosque, a baseless but recurring charge that is often referred to as the “Al-Aqsa is in danger” libel. In fact, as early as the 1920s, when Amin al-Husseini—the Nazi-loving Grand Mufti of Jerusalem—rallied Muslims with accusations that Jews intended to destroy the mosque and rebuild the Jewish Temple, Arabs have attempted to ignore and obscure any Jewish connection to the site and have sought to “liberate” purported Muslim holy places from the grip of the occupying Zionists.

While the current round of violence was predictably blamed on Israel, it was neither random nor pointless, and had both a strategic and tactical purpose—to degrade the Jewish claim to Jerusalem and all of Palestine by erasing Jewish identity, history and religious significance, and by Islamicizing the entire site through physical and spiritual control.

This was the precise purpose behind the 2016 effort by the U.N. Educational, Scientific and Cultural Organization (UNESCO) vote to approve a resolution stripping the Temple Mount and Western Wall of its Jewish identity, and elevating a Muslim claim to this site central to Judaism. The hallucinatory and willfully delusional vote from Jew-hating nations in the thralls of Palestinianism was not surprising, given the U.N.’s promiscuous bias and historical inversions when assessing the perceived shortcomings of Israel.

The contortions of history and delusionary fables inherent in the UNESCO resolution are, of course, shared with Palestinian leadership, as evidenced by comments made at the time on official Palestinian Authority television by Mahmoud Al-Habbash, P.A. leader Mahmoud Abbas’s adviser on religious and Islamic affairs. “Jerusalem is occupied Palestinian land. Jerusalem is the property of the Palestinians,” he said. “ … UNESCO’s resolution confirms … that Jerusalem and the Al-Aqsa mosque in particular, and the Al-Buraq Wall and the Al-Buraq plaza, are purely Islamic and Palestinian assets, and no one has the right to be our partner in that. No one has the right. We are the owners, and we have the right to it.”

Al-Buraq Wall is the Arabic name for the Western Wall, and Al-Buraq plaza refers to the entire 35-acre Temple Mount, so in case anyone had doubts about who the Palestinians and their enablers consider the rightful owners of the Temple Mount (and all of its Jewish elements and structures), statements like these reveal that Muslim authorities do not consider any part of the area to be Jewish, nor should Jews even be allowed near or on it. This sentiment is part of the willful disbelief in and denial of historical evidence of the Jewish roots of both the Temple Mount and the entire land that became Israel, reflected in the corrosive words of Article 11 of the Hamas Charter that adamantly, though mendaciously, proclaims that “the land of Palestine is an Islamic Waqf [Holy Possession] consecrated for future Muslim generations until Judgment Day. No one can renounce it or any part, or abandon it or any part of it.”

It is no coincidence that the Dome of the Rock was built on top of Judaism’s most sacred place—1,692 years after the construction of the First Temple—as a temporal act of replacing and subsuming the very spirit of Judaism and signaling the ascendancy and domination of Islam.

The other aspect of Muslim ownership and control of the Temple Mount is the recurring fiction about Jews invading, storming and “defiling” (in the words of Abbas) what is now perceived to be Muslim holy space, hence the calls to protect the Al-Aqsa from attack and desecration by Zionist settlers and “occupation forces.” A March 23 news story on P.A. TV revealed that weeks before the recent violent clashes, Palestinian religious figures were exhorting their flocks to protect Al-Aqsa from the perfidious Jews celebrating Passover who were likely to “storm” the sacred grounds during Ramadan.

It is unsurprising that Palestinian religious leaders would rail against a Jewish presence in what is perceived to be holy Muslim territory. More troubling was a statement issued on April 13 by the International Union of Muslim Scholars (IUMS), a group of some 40 organizations that promoted the lie that “the occupation’s armed forces and the flocks of its settlers have mobilized their falsehood and prepared their cavalry, infantry and evil to carry out a large scale storming of the sacred Aqsa mosque during the so-called Passover … in a clear attempt to impose an extremely dangerous new reality there”; in other words, to alter the status quo that denies Jews of almost all rights to visit or pray anywhere on the Temple Mount.

These statements reassert the oft-repeated false claim that Jews have absolutely no connection or right to any portion of the mount and that the entirety of the property is sacred Muslim ground.

Most dangerously, coming as it was from a group of purported scholars, was language calling for an intifada and the murder, if necessary, of Jews attempting to visit the holiest site of their faith. Specifically, the scholars called “on all the sons of the Palestinian nation who have been standing guard and waging jihad in the occupied territories of 1948 and in the West Bank, revealing with this language that they believe that even current-day Israel, “the occupied territories of 1948,” is Muslim territory and that Jews have no legal, moral or spiritual claim to any part of Palestine.

If Muslims consider the entirety of the Al-Aqsa compound, al-Haram al-Sharif, to be holy and sacred, then they are clearly compromising their faith and reverence by using the mosque as a staging ground for rock-throwing, hurling Molotov cocktails, lighting fires and other incitement to draw in Israeli forces that are compelled by this disorder to restore calm. And when Muslim youths shower Jewish civilians praying at the Western Wall with these objects because they refuse to acknowledge Judaism’s 3,000-year-long connection to the site and because they will not accommodate any other faith anywhere on the Temple Mount, they cannot then complain when the Israel Defense Forces is called on to repress this undignified and criminal rioting. Predictably, however, the world press only reports the aggression of the IDF in suppressing violence in and around the mosque, minimizing or ignoring the unhinged destruction being carried out by masked psychopaths willing to desecrate their own holy places in the most current jihad against the pernicious and cunning Jews.

The Arab world’s own complicity in playing fast and loose with history—and obscuring the actual “facts on the ground” to create a historical narrative conforming to a political agenda—makes the Palestinians’ accusations against Jews bent on the undermining of Muslim and Christian holy sites all the more disingenuous. In yet another example of “turnspeak,” the Arab world has accused Israel of the misdeeds, historical lies and destruction of nationhood that they themselves are committing. 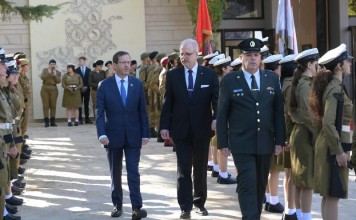 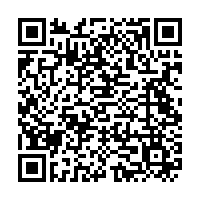