This is a story about the shared fate of two quite different Jews.

They were separated from each other by continents and oceans. His native tongue was Spanish and hers was French. He lived in downtown Buenos Aires in a swanky bachelor’s apartment. She lived in a rundown suburb of Paris in a modest flat. He cut a dashing figure, often being photographed in public and giving frequent interviews to the media about his work. She was a kindly, shy widow, loved and quietly revered in her community for her work as a kindergarten teacher. She was older than him. But he died before she did, at a younger age.

For all these differences, they had three important things in common. They were proud Jews. They died because they were Jews. And in both of their cases, that latter fact has yet to be recognized, let alone acted upon, by the investigating authorities.

This story is no hypothetical—though its underlying themes would make for an interesting thought experiment in any number of disciplines. I refer to the real cases of Alberto Nisman in Argentina and Sarah Halimi in France. For simplicity’s sake, I’ll discuss each of them in turn.

Alberto Nisman, it will be remembered, was the Argentine special prosecutor investigating the 1994 AMIA bombing who was found shot through the head in his apartment in 2015. For the previous decade, Nisman had been making steady progress in identifying and tracking down the Iranian and Hezbollah terrorists responsible for blowing up the AMIA Jewish center in Buenos Aires in July 1994, in which 85 people were killed and hundreds more were injured. But he kept coming up against roadblocks.

The biggest block of all was the Argentine government of former President Cristina Fernandez de Kirchner, who thought Nisman knew too much about the secret pact her foreign minister, Hector Timerman, negotiated with the Iranian regime in 2013. The pact absolved Tehran of its responsibility for the worst single anti-Semitic atrocity since World War II.

Nisman had been due to present a formal complaint about Kirchner’s government’s dealings with the Iranians before the Argentine Congress Jan. 19, 2015. He was found dead Jan. 18.

The first investigators appointed by Kirchner’s government to examine Nisman’s death clumsily pushed its conclusions toward suicide—specifically, with a gun provided to Nisman by an employee of his named Diego Lagomarsino. But too much about that scenario didn’t compute. For example, the position of Nisman’s body when it was found didn’t match that of a suicide. The bullet entered through the side of his skull, not the temple. The mess left at the crime scene by the local police made it impossible to ascertain whether Nisman had been alone in his apartment at the time of his death. And so on.

Nisman looked like the 86th victim of the AMIA bombing. And then, in November 2015, Kirchner found herself dislodged from power by the centrist Mauricio Macri. The wheels of justice began slowly turning again. Now, in recent days, the Argentine media has begun disclosing details of a forthcoming report from a federal security agency, the Gendarmeria, which concludes Nisman wasn’t alone in his apartment when he died. In other words, the Argentine state may, just may, be about to recognize—more than two years after it happened—that Nisman was murdered.

In Sarah Halimi’s case, by contrast, nobody doubts her death was caused by murder. But as with Nisman in Argentina, the potential political consequences of her death have been a source of worry to both the French authorities and the French media.

Indeed, if you haven’t heard of Sarah Halimi before now, that may explain why. Only a few journalists writing in English, like Marc Weitzman in Tablet, have shed light on this act of sheer evil, which meant it took a few weeks to even get noticed.

In brief, this is what happened: Halimi was an elderly widow, a devoutly Orthodox Jewish woman living in Belleville, a rundown Parisian neighborhood where the Jewish population has declined as the Muslim population has increased. At 4:25 a.m. April 4, while campaigning for the presidential election was in full force, a Malian immigrant, 27-year-old Kada Traore, broke into Halimi’s apartment and proceeded to beat her with abominable sadism.

The police were alerted to Halimi’s screams, arriving to find Traore bellowing “Allahu akbar” (God is greater) and “Shaitan” (Satan) behind her front door. Assuming he was a terrorist, they radioed for backup—which arrived moments after Traore threw Halimi’s badly fractured body out of her third floor window.

Nobody—not the police, not the government, not the centrist French politicians like newly elected President Emmanuel Macron, not the media—wanted to talk about Sarah Halimi, before or after the election. They certainly didn’t want to identify the murder as a frenzied hate crime committed by an Islamist, preferring to depict Traore as the victim of a severe mental illness. They worried that doing otherwise would give an electoral boost to the far-right presidential candidate, Marine Le Pen.

And so, like her namesake Ilan Halimi, the young man kidnapped, tortured and murdered by an anti-Semitic Parisian gang in 2006, Sarah Halimi’s inhumanly painful death has been followed by an undignified, sleazy spin exercise about “psychiatric evaluations” and “gang warfare.”

Nearly two months later, though, the atmosphere is changing, as it has with Nisman. More Jewish leaders are calling for Sarah Halimi’s murder to be investigated as an anti-Semitic crime.

But as of right now, as far as officialdom is concerned, Alberto Nisman killed himself, and Sarah Halimi’s murder was not connected to her being Jewish—two profoundly unsettling misrepresentations of why these two very different Jews are dead.

These misrepresentations don’t just mask the facts of these two cases, but the very spirit behind these crimes. Nisman was a Jew investigating a terrorist atrocity against a Jewish center; everyone, including the Iranians, threatened “the Jew Nisman” with death, and thus it came to pass. Halimi, meanwhile, was a Jew unfortunate enough to be murdered by a Muslim in a country where public discussion of Muslim anti-Semitism is overwhelmed even when a Jewish supermarket is the target of a terrorist attack.

As I said at the beginning, Nisman and Halimi died in very different circumstances. But they died, fundamentally, because they were Jews who attracted the ire of Islamists—the Shi’a Islamic Republic of Iran in the AMIA bombing and thus in the Nisman case, and a single Sunni Muslim delinquent in Halimi’s. Both cases demonstrate once again that violent anti-Semitism is integral to Islamist ideology, to the point where its victims are dehumanized in the very moment of death. We owe them—both of these very different Jews—our voices, now that they are gone.

As The Night Gets Longer… 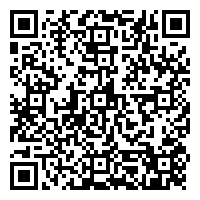