A lovely silver snuff-box adorned by an image of East Cliff Lodge in Ramsgate in east Kent, England, sold for a record price of $63,000 by Matthew Barton Ltd in an auction of European and Asian Works of Art a week ago.

The oblong-shaped Victorian silver snuffbox, made by Hilliard & Thomason of Birmingham in 1854, is also engraved with the crest of Sir Moses Montefiore, First Baronet FRS (1784-1885).


Sir Moses Haim Montefiore (1784 – 1885) was a Jewish-British financier and banker, an activist, philanthropist and the Sheriff of London. Born to an Italian Jewish family, he donated large sums of money to promote industry, business, economic development, education and health in the Jewish community in Eretz Israel, and in 1860 founded Mishkenot Sha’ananim, the first new Jewish settlement outside the Old City. He also built the Montefiore Windmill in what later became the Yemin Moshe neighborhood, as ell as a printing press and a textile factory. He later helped finance the Bilu agricultural colonies.

Auctioneer Matthew Barton said after the sale: “Although a lovely box in its own right, it was the interest in both the Montefiore provenance and the engraving of his lost mansion on the box which meant there was an exciting battle for it during the auction, with a bidder in the room competing against a telephone bidder in the final stages.” 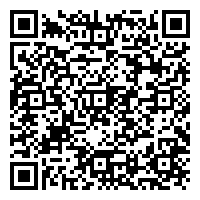