As they emerged from the plane at Ben-Gurion Airport this past Tuesday night, exhausted yet suffused with excitement, the latest batch of 82 Bnei Menashe immigrants from northeastern India to arrive in Israel marched toward passport control and suddenly burst into song.

Invoking the verse in the Book of Jeremiah (31:16), where the Creator consoles our biblical matriarch Rachel that her descendants, the people of Israel, will one day be restored to their land, the new arrivals mustered every ounce of their remaining energy and proceeded to chant the ancient Hebrew promise, “and the sons shall return to their borders.”

The words, of course, were full of meaning, as these descendants of a lost tribe of Israel, whose ancestors were exiled more than 2,700 years ago by the Assyrian empire, were at last fulfilling the dream of generations to reunite with the Jewish people.

More than 3,000 Bnei Menashe have thus far made aliya thanks largely to Shavei Israel, the organization I founded and chair. Another 7,000 are still in India, all of whom wish to come.

Not surprisingly, the scene at the airport evoked a great deal of interest, as Israelis and tourists alike stopped to take photographs as they smiled and marveled at the unusual sight. After all, it is not every day that a group of airline passengers can be seen crooning as they make their way through passport control.

Indeed, bureaucratic processes just are not generally associated with evoking spiritual uplift. That, of course, is to be expected. In a world of paperwork, paper trails and paper-pushers, the numbing experience of waiting for a clerk to assess you based on the certificate you present is more likely to conjure phrases and expressions that are anything but divinely inspired.

Yet as I watched it all unfold amid my own fog of fatigue mixed with exhilaration, and added my voice to those of the Bnei Menashe in song, my thoughts turned to those countless Jews throughout the millennia who longed for Zion and dreamed of Jerusalem, yet did not merit to set foot on her soil.

Battered and beaten, banished and brutalized, they nevertheless continued to clutch to the seemingly impossible dream that the exile of the Jewish people would one day come to an end. How they managed to do so, whether in the depths of czarist Russia or while living under the sword of Islam, is one of the greatest tales of faith and fortitude in the annals of mankind, one so inspiring that it defies rational explanation.

No less inexplicable, however, is the extent to which millions of Jews around the world currently take for granted their ability not only to visit Israel but to make it their home. Now that there is a sovereign Jewish state, our forefathers would surely find it difficult to comprehend why so many choose not to take advantage of that for which they so fervently prayed down through the ages.

That is why I am ever more convinced that making aliya nowadays is truly an act of faith, an assertion that one believes not only in the meaning of Jewish history but also in the inevitability of Jewish destiny.

Regardless of whether a person is fleeing persecution in Ukraine or leaving behind the tranquility of California out of Zionist commitment, the decision to move to Israel demands courage. It is an act of embracing the unknown, of moving to a country surrounded by foes, besmirched by much of the international community and emblazoned in the headlines on a daily basis.

Each of us who has chosen to live here, and those who were born here but choose to stay, is implicitly making a profound statement of faith and confidence in tomorrow. For some it is faith in the Creator, while for others it is the belief in finding a better future. But whatever the motivation, those who make their homes in the Jewish state are tying their fate with that of the Jewish people and the Jewish future. In the post-Holocaust world, no statement can possibly resonate more powerfully than that.

It is said that the great 19th-century Rabbi Yehoshua Shapiro, known as the Eizel Charif, was once seen by his students with his head bowed while receiving a blessing from a guest, who was a seemingly ordinary Jew.

When asked what had happened, the visitor explained that he was about to make aliya so he had come seeking a blessing from the rabbi, but when the latter heard of his plans, he took the Jews’ hands, placed them on his head and said, “Before you ask me for a blessing, I would like to receive a blessing from you.”

Perhaps without realizing it, each of the Bnei Menashe, and every other Jew who returns to this land, is doing just that, conferring a blessing on us all by bolstering our collective existence both demographically and spiritually.

Having lived here for more than two decades, I know well enough just how challenging being an immigrant can be. But I also know, when I see my children donning the olive-green uniform of the Jewish army, or witness the return of a lost tribe to our people and our land, that something very special is afoot, something historic and profoundly sacred, something whose significance we have only just begun to grasp.

May the arrival of the Bnei Menashe in Israel, along with growing numbers of French, Russian, Brazilian and other immigrants, inspire other Jews abroad to seize the opportunity that has been given to our generation and make the move – just as their forefathers would have wished. 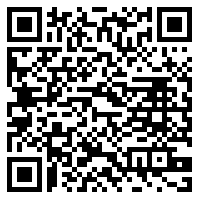