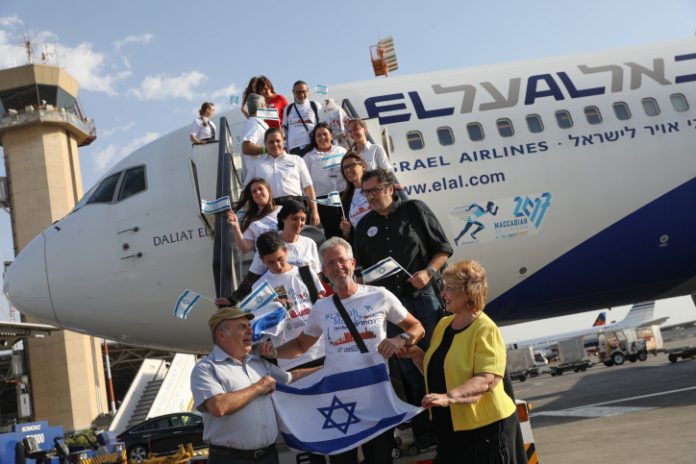 Israel has changed quite a bit since my wife and I moved here 30 years ago yesterday, exactly.


(It was four days after the Iraqi invasion of Kuwait in 1990. Little did we know what we were flying into. Remember the safe rooms and gas masks of the First Gulf War?)

When we moved here 30 years ago, television ads were for drinking milk and eating oranges; not for 40” flat TV screens and “Survivor.” You could not get a regular telephone line for years, even if the prime minister intervened on your behalf. Today, every 16-year-old has two iPhones running on 4G internet, with TikTok and Instagram and a dozen other communication and entertainment apps.

Back then, all cars were white, and air conditioning was an uncommon luxury. The country’s wadis were filled with sand, not silicone. It was illegal to hold foreign currency, even for most businesses. Anatoly Sharansky was a Prisoner of Zion and Shimon Peres was on the right wing of the Labor Party. English was the country’s second language, not Russian.

When I moved here, serving your country was a privilege; living here was its own reward. Draft dodgers were people who closed their front doors when the evening breeze started. Israelis who moved to America were yordim (embarrassing dropouts) – even if they went to play basketball or star in the movies.

Passover and Succot vacations were for hiking the streams, mountains, and flower fields of the Galilee. Not for shop-till-you-drop excursions in airconditioned Azrieli mega-malls or for flights out to the casinos of Greece. We danced hora, not trance.

Back then, our lives were governed by the Ten Commandments, good judgment and common sense. ‘Grass’ was mowed, ‘coke’ was a soft drink, and ‘pot’ was something your mother cooked in. Most youngsters had both a mother and a father – of two different sexes. The Bible Quiz was the highlight of Independence Day television. The big festival in the spring was the May Day march, not the Pride Parade.

Non-kosher restaurants were rare. Shabbat was truly a day of reflective rest, down-time for every Israeli. The Bible was a best-seller, not When and How the Jewish People Was Invented by a post-Zionist Tel Aviv University professor, or Sapiens by a fiercely atheist Hebrew University professor. The Western Wall was where Jews went to pray, not protest.

Meretz meant the strength to work hard. Shas was the six orders of the Mishna. Lapid was a torch you held high with pride at state ceremonies. Burg and Barak were the names of veteran, thoughtful and erudite leaders. Oslo was a wonderful, far-away place where you could get away from Middle East politics. Zoom was something you did with a race car.

The Law of Return brought Jews to Israel. The Chief Rabbinate sought to build bridges for religion with secular Israelis. The Supreme Court dealt with legal issues and left it to you and me and the Knesset to decide what is “reasonable.”

Even the intellectuals were unabashedly patriotic. Zionism was considered the country’s heroic and defining ideology, not a chauvinist and politically incorrect prejudice. Settlement was not a dirty word. Nobody would dare use the epithet “apartheid” to refer to anything other than institutionalized racist segregation in South Africa.

Jerusalem was the first choice for Israeli school trips; a unifying symbol. It was the eternal, undivided capital of Israel – without question or debate. Withdrawal was a financial term (something you did with money at the bank), and disengagement meant breaking someone’s lovesick heart.

Mahmoud Abbas was the deputy head of a terrorist organization, determined to replace the State of Israel and make Jerusalem his capital. Today, well, he is the head of a terrorist-glorifying Palestinian “Authority”; his goals remain the same.

BUT MY LEDGER of the three past decades is positive and forward-looking. Israel is nine million people strong, a poignant riposte to Hitler’s Holocaust. The birthrate is well above the Western average, and Israel remains a family-oriented society. Against many expectations, religious tradition (with unique Israeli flavors) and values-education are making healthy comebacks. One and one-half million immigrants have moved to Israel since 1990, boosting the country in every way.

According to all polls, Israelis are overwhelmingly proud and happy to live in this country; even if many now are hurting because of the corona crisis and they feel that the government is not functioning well. (It isn’t).

Cost-of-living remains much too high, and it will take years to pay-off the NIS 100 or 200 billion debt now being accumulated by the corona cabinet. But the economy is fundamentally healthy, and fortunately interest rates are the lowest ever. Israeli hi-tech and biotech are benefiting billions of people around the world. And despite severe underfunding, medical care in Israeli hospitals is second to none.

Israel’s leadership ranks are no longer a White-Ashkenazi-Labor-Socialist preserve, but more representative of the diverse population. Many youth still want to serve their country in the best and most difficult military units, and their determination to fix the social-economic ills of the country is stirring.

Israel’s universities and yeshivas are first-class, with tens of thousands of students and “talmidim.” The good Lord has granted this country major natural gas offshore deposits, with Israel soon to become a net energy exporter. Israel is world leader in desalination, which (along with this past winter’s abundant rains) mostly has solved the country’s water problems.

In grand strategic perspective, the regional security architecture is moving in directions that strengthen this country; where Israel is a linchpin of stability for the West and an ally for the Arabs in combating radical Islam. Only Iran and Turkey threaten Israel, and their comeuppance is coming. Israel’s diplomatic horizons have never been broader. The American embassy is finally in Jerusalem!

On the personal level, we arrived in Israel 30 years ago with one baby daughter. Since then, my wife and I have been blessed with five more kids (born in Jerusalem!), several sons-in law and a daughter-in-law, and beautiful grandchildren. Almost all have studied in yeshiva and graduated university, including PhD and MBA studies, and even post-doctoral fellowships.

Three have been senior IDF officers, two are front-line combat medics. They are proud of their long periods of service in defense of Israel.

Believe it or not, we even have managed to get most of them to speak good English, alongside their native Hebrew. That was not easy (and my wife gets most of the credit here, as in all family matters).

We also have been blessed with loyal friends and wonderful neighbors, as well as many close relatives who have made aliyah too.

In retrospect, moving to Israel was one of the best decisions we ever made. We thank G-d for accompanying us along the way.

Despite the mixed balance sheet of changes that have taken place in Israeli society and politics, we feel fortunate to be part of a meta-historic, grand drama of Jewish national renewal and redemption. The next 30 years can only be even better.