A confrontation between Blue&White and the Likud has led to the cancellation of the cabinet meeting scheduled to take place Sunday morning.

Blue&White is claiming that the controversy arose around their demand to bring to a vote the government bylaws that were formulated with the Likud and that regulate the balance of power between Prime Minister Benjamin Netanyahu and Alternative Prime Minister Benny Gantz.


The Likud, on the other hand, is claiming that the reason for the crisis is Blue&White’s refusal to put on the agenda an economic plan “to deal with the corona crisis” in the amount of NIS 8.5 billion (about $2.5 billion).

The two parties held emergency contacts Saturday night, in an attempt to hold the cabinet meeting, but those were unsuccessful. Then, on Sunday morning, Army radio broadcast leaked recordings of Gantz in which he is heard sharply attacking Netanyahu, suggesting Netanyahu “divides to conquer.”

“I don’t think it’s okay to have a prime minister with three indictments against him,” Ganz told his party members in a Zoom conversation. “I said that, and I have not changed my mind.”

Ganz added: “I don’t divide to conquer and I don’t deride anyone to strengthen my base, and you know who the people are who behave differently from me. Who derides in order to strengthen his base, who divides to continue to conquer. I’m telling you – it isn’t not me, and the group assembled here has a high level of intelligence, so I don’t have to interpret what I’m saying.”

The Likud was quick to repudiate, stating: “The cabinet meeting will not convene tomorrow (Sunday) due to Blue&White’s refusal to put on the agenda a government economic assistance program of the Prime Minister and the Minister of Finance, to deal with the corona crisis, in the amount of NIS 8.5 billion, which includes assistance to at-risk populations.”

The Likud also stated that “in the plan, NIS 700 million will be transferred to ensure nutritional security for underprivileged families and NIS 600 million for extending the adjustment grants for individuals 67 and over who were placed on unpaid vacation until June 2021. The Likud demands that Blue&White not thwart the transfer of funds to the citizens of Israel at this time when we’re dealing with the corona crisis.”

Blue&White responded: “The cabinet meeting tomorrow will not be held in light of the Likud’s insistence not to abide by the coalition agreement and not to approve the government’s bylaws that guarantee its stability. This is not the first time that the Likud has reneged on its commitments, and any other excuse is a complete lie to the Israeli public. Blue&White has informed the Likud that any vote related to the corona will not be delayed and will go through over the phone.”

“As for the Finance Minister’s plan, it is a multi-billion-dollar, long-term plan that has not yet been fully presented and has not yet been finalized. Trying to raise it from one day to the next is nothing more than an irresponsible spin. We expect the Likud to abide by the agreement and approve the government’s bylaws that will allow for the continued stability that is so required at this time. Nine million Israeli citizens expect stability and reliability from the government, and Blue&White will not agree to disturb that,” Blue&White stated.

Finance Minister Israel Katz on Sunday morning addressed the deepening crisis between the two major parties and blamed the cancellation of the cabinet meeting on Blue&White.

“The essence of this debate is politics,” Katz stated. “There is a procedure, a committee of four comprised of the Prime Minister, myself, Ganz and [Amir] Peretz, and their representatives are sitting with me and my representatives. We discussed all the details, we reached a full conclusion and a green light was given to bring it to the government, so their announcement yesterday stunned me. This is a fake message.”

According to Minister Katz, “a red line has been crossed. Blue&White is slipping from a political debate to inflicting severe harm on the general public.”

As to the recordings played by Army radio, in which Ganz was heard sharply attacking Netanyahu, Katz said: “Unfortunately, Benny Gantz is already in the midst of a campaign, and I think he is making a mistake.” 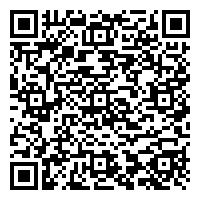