In his piece, At Last, Zion, late political commentator Dr. Charles Krauthammer referred to world Jewry as having two solar systems: one in Israel and one in America. Krauthammer argued that what we are seeing between American Jewry’s relationship with Israel is the beginning of abandonment and neglect. While At Last, Zion was published over 20 years ago, its message bears repeating. As anti-Israel lawmakers increase in numbers, American Jewry’s unwillingness to confront their anti-zionist rhetoric underscores the growing disaffection that Krauthammer had been alluding to for years.

For some, Congresswoman Ilhan Omar’s appointment as Vice Chair of the House Foreign Relations Subcommittee on African Affairs and Human Rights is proof that the Democratic Party not only openly accepts anti-Semites within its ranks but rewards their behavior by granting them powerful positions. While this may be true, many within the American Jewish community sat idly by for years and remained unmoved as Omar repeatedly launched libelous attacks against Israel.


This past November, Omar accused Israel of ethnic cleansing following the IDF’s legal removal of several Bedouin tents located within a live firing range. This demonization followed years of Omar trafficking in anti-Semitic stereotypes. In 2019 alone she professed her support for the Boycott, Divestment and Sanctions Movement, accused Israel of hypnotizing the world, and alleged Jews used money to buy influence by infamously stating that it was “all about the Benjamins.”

Omar’s statements garnered minimal outrage and cruised through the mainstream and Jewish news cycle, the focus of which was reporting on former President Trump’s character flaws rather than highlighting left-wing anti-Semitism. Former Jewish Congressman Eliot Engel also blunted criticism of Omar when, as Chairman of the House Foreign Relations Committee, he refused to censure her over these anti-Semitic statements.

Efforts to smear Israel have also revolved around allegations that the Israeli government is withholding COVID vaccinations from the Palestinians. Representative Rashida Tlaib made this accusation during an interview where she called Israel a “racist and apartheid state.” Her sentiments were echoed by several Democrats including Congressman Jamaal Bowman, who won his primary race against Engel. In a recently deleted tweet, Bowman criticized the Netanyahu Government’s vaccine policy towards the Palestinians and stated that “This cruelty is another reminder of why the occupation must end.” According to International Law these accusations are not only false, they also violate the IHRA’s working definition of anti-Semitism.

With the exception of Rabbi Avi Weiss, anti-Semitism surrounding Israel’s vaccination policies was met with a whimper by the majority of American Jewish organizations. Bowman’s congressional district lies within the New York Metropolitan area, home to the second-largest Jewish community in the world and headquarters of major Jewish establishments.

These institutions acted quickly and were correct in rebuking Representative Marjorie Taylor Greene whose anti-Semitic conspiracy theories have no place in Congress. Yet condemning right-wing anti-Semitism does not relieve the American Jewish establishment of censuring all anti-Semitism, including when it comes from the left in the form of anti-Zionism.

In a study titled “American Jewry in Transition? How Attitudes Toward Israel May Be Shifting,” Dr. Irwin Mansdorf reveals a general rejection from those polled over anti-Semitism coming from the left with only 23% of American Jews in agreement that those “who are anti-Israel are also likely to be anti-Semitic.”

While there was almost unanimous consent on refusing to vote for an anti-Semitic candidate (95/100), when asked about voting for Congresswomen Omar and Tlaib, there was a prevailing willingness to consider voting for them over a moderate Republican with pro-Israel views. More specifically, 31% would vote for them outright “with another 23% saying Israel would not be the deciding factor if they were not in agreement with the candidate on other issues.” Another 18% said they would be conflicted on how to vote.

While Israel serves as a refuge for Jews everywhere, Israelis are tasked with the responsibility of defending it against war and terrorism. Imagine their feeling as their American counterparts are barely able to muster enough conviction to vote against lawmakers for whom the existence of Israel poses an issue. This silence is also indicative of indifference regarding our own American Jewish vulnerability and will lead to the metastasizing of anti-Semitism in America.

World Jewry is familiar with the quip “two Jews, three opinions.” We are rarely at a loss for words. This begs the question, why the silence when it comes to Israel? 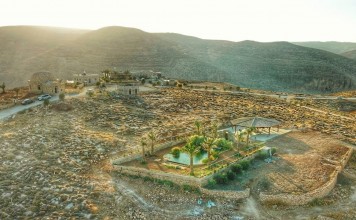