Mark Levin, the conservative Jewish American radio broadcaster with more than 14 million daily listeners, has a gloomy forecast for the future of American media coverage of the US, of Israel and of ties between the two countries.

“We get in this country from our media … that Israel is an apartheid society, it’s a racist society. It’s the same things they say about our country, they say about Israel. So it’s kind of hard to write a book – what I called Unfreedom of the Press – and ignore what’s going on in Israel.

For decades Israelis and Israel’s supporters in America complained about the anti-Israel bias of the US media. But in Unfreedom of the Press, Levin explains that the problem is far worse than mere bias.

The vast majority of media outlets in the US including all the major television networks aside from Fox News, are fully mobilized to advance a radical ideological agenda that is both deeply hostile to Israel and to the United States. And since his book was first published in 2018, the situation has only grown worse in terms of the media’s hatred of Israel and its supporters grow, and their rejection of core American values including freedom of expression, freedom of religion and liberty itself.

Levin explains that to advance their anti-American agenda, the media works to silence, censor and block conservative voices – from former President Trump to the last of his supporters.

Deeply concerned about the future of democracy in the US, Levin worries that the widening censorship in the US will be copied by the Israeli media – which Levin argues is even more ideologically uniform and uniformly radical than the American media.

He argues that the way to fight against distortions and false claims and to counter the media censors is take a page from the anti-Israel activists’ playbook.

Levin recently shut down his Twitter and Facebook accounts in response to both platforms’ aggressive censorship of conservative leaders and private citizens. He urges conservatives in the US and Israel should do the same.

“We need to BDS [boycott, divestment and sanctions] them. We need to have a BDS movement against big tech. And if it’s not big tech then their advertisers.

“We need to BDS these major television networks, just like the left does.”

Levin warns Israelis that the Biden administration is deeply hostile to Israel. Biden’s foreign policy team is comprised of the most hostile officials from the Obama administration “and then some.” Israel, he says must be prepared for the storm in relations that is blowing its way from Washington. 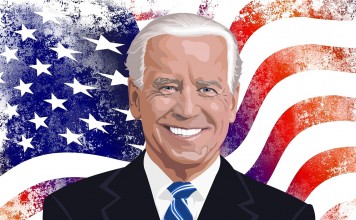 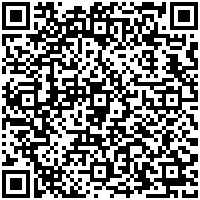