Almost all the polls say that U.S. President Donald Trump is heading towards defeat next month at the hands of his Democrat challenger, former Vice President Joe Biden. But Robert Cahaly, who heads the Trafalgar Group polling firm, disagrees. Cahaly was the only major pollster that accurately called the 2016 presidential race. In an interview with The Political Trade podcast last week, Cahaly said his data show Trump headed for another upset victory on Nov. 3.


Cahaly said that today, as in 2016, the disparity between his numbers and the marquis polling firms’ numbers owes to the latter’s systematic neglect of what he calls the “Shy Trump Voter Effect.”

From the time Hillary Clinton referred to Trump’s supporters as “deplorables” through today as Democrats demonize them as racists and fascists, Cahaly explains that a significant and growing segment of Trump voters will not admit their support for him. Fearing social and professional repercussions, the Shy Trump Voter lies to pollsters and anyone else who asks him what he thinks of Trump.

Cahaly said that he goes to great lengths to correct for the Shy Trump Voter Effect in his polls, and that the other polling firms ignore the phenomenon.

The Jewish community has been one of the most intolerant communities towards Trump supporters. After the Tree of Life massacre two years ago, leading Jewish intellectuals called for synagogues to ban Trump voters from entering their prayer halls. The day that the United Arab Emirates and Bahrain signed peace agreements with Israel at the White House, the Jewish Democratic Council of America ran an ad comparing Trump to Hitler. For the past year, the goal of the Jewish arm of the Democrat Party has been to portray Trump as the gravest threat to the American Jewish community.

And it isn’t just Jewish notables propagating hatred and fear of Trump and his supporters. The old quip that Reform Judaism is simply the Democratic Party with Jewish holidays rings truer today than ever. In many Reform and Conservative synagogues, Judaism is portrayed as a synonym for progressive politics. Jewish Trump supporters who belong to these congregations are unlikely to share their views with their fellow congregants.

So it’s safe to assume that the Shy Trump Voter Effect is alive and kicking in the American Jewish community today.

And this brings us to Florida.

According to the Real Clear Politics average of polls, Biden is leading Trump in the critical swing state by 2.7 percent. Cahaly’s polls place Trump at a two-point advantage. In 2016, Trump won Florida by a 1.5 percent margin over Clinton.

Jews make up around 3.5 percent of Florida’s population and an even larger percentage of Florida voters. Consequently, the Jewish vote is critical for winning the state. Cahaly said his polls show “support for Trump in the Jewish community is skyrocketing.”

If Trump wins an historic level of support among American Jews, it will be a testament to the wisdom of an unprecedented percentage of American Jews. For American Jewry this year’s presidential election is without question the most critical one ever.

Over the past four years, anti-Semitism has become an undeniable and central characteristic of the Democrat Party to which the vast majority of American Jews have pledged their loyalty for the better part of the past hundred years, while anti-Semitism in the Republican Party has dropped to historic lows.

Democrat anti-Semitism has seemingly appeared out of the blue but in truth, the party has been on a largely one-lane road to radicalization for the past 50 years. It’s just that the path turned into a highway over the past four years with the rise of open anti-Semites like Rashida Tlaib, Linda Sarsour, Andre Carson, Keith Ellison and Ilhan Omar to commanding positions in the party.

Anti-Semitism runs through Democrat politics, policies and behavior across a spectrum of issues. In foreign policy, hating Israel has become the most passionate position of the progressive grassroots.

Biden announced early on that if elected, he will restore the U.S.’s commitment to the Iran nuclear deal he forged with Barack Obama. That means that a Biden administration will cancel the economic sanctions on Iran, ensuring the survival of the regime. It means a Biden administration will enable the cessation of the U.N. arms embargo enabling Iran to purchase whatever advanced weapons systems it wants. It also means a regime pledged to annihilate the largest Jewish community in the world—Israel—will have an open path to a nuclear arsenal.

The JDCA announced its campaign demonizing Trump as the gravest threat to the American Jewish community the day Trump signed an executive order extending Title IX protection under the U.S. Civil Rights Act to Jews on campuses. The executive order specified that when considering anti-Semitic discrimination, the definition of anti-Semitism reached by the International Holocaust Remembrance Association (IHRA) should be used as a guidepost. The IHRA definition stipulates that anti-Zionism is anti-Semitism and that rejecting Israel’s right to exist, comparing it to Nazi Germany or apartheid South Africa, are forms of anti-Semitic actions.

On Oct. 1, New York University reached a settlement with the U.S Department of Education’s Civil Rights Division over a complaint filed by a former student alleging anti-Semitic discrimination by university authorities. The complaint was filed following Trump’s executive order. In the settlement, NYU agreed to apply the IHRA definition of anti-Semitism to its actions to protect Jewish students from discrimination.

The NYU case shows how critical Trump’s executive order is to the protection of the civil rights of American Jews. On campuses the most common form of anti-Semitic harassment flows from anti-Zionism. Hostility to Jewish students and faculty has grown as campus authorities have refused to acknowledge that anti-Zionism is anti-Semitism. NYU’s leadership allowed their campus to become a hostile environment for Jews where the slightest expression of support for Israel found Jewish students attacked and ostracized. So long as Trump’s executive order remains in effect and enforced, Jews can turn to the Department of Education for protection.

Anti-Semitism of course isn’t limited to anti-Zionism. There is also traditional anti-Semitism that involves scapegoating and assaulting Jews simply for being Jews. There’s a lot of that going on in Democrat circles these days.

On Oct. 5, New York Governor Andrew Cuomo held a press conference where he directly threatened the state’s Orthodox Jewish community. In the middle of the Sukkot festival, Cuomo said, “I have to say to the Orthodox community … ‘If you’re not willing to live with these rules [of limiting participation in prayers due to the pandemic], then I’m going to close the synagogues.”

It would be one thing to single out Orthodox Jews if they were the only ones rejecting the limitations on religious gatherings. But they aren’t. Not even close.

As Daniel Greenfield reported at Frontpage online magazine, the day before Cuomo threatened the Orthodox community, thousands of Shi’ite Muslim men gathered without masks and with no social distancing in Queens to hold an Arba’een procession. Cuomo didn’t mention them. He also didn’t mention them in August when they held a Muharram procession in Manhattan, with no masks and no social distancing, even though the next day, Cuomo threatened to ban Jewish weddings.

To justify his singling out of Orthodox Jews, Cuomo held up a photograph of a massive Chassidic funeral. Cuomo failed to note the photo was of a funeral that took place in 2006.

Early this week, Cuomo sent state workers to weld shut the entrance to a Jewish cemetery in Rockland County ahead of the memorial of a Chassidic leader that thousands of followers regularly attend. Across the street from the Jewish cemetery is a non-Jewish cemetery and as the Jews were barred from entering their grounds, hundreds of non-Jews gathered at their cemetery without social distancing and in at least some cases without masks, and with no law enforcement officers around to disperse them.

According to media reports, Cuomo is the frontrunner to serve as attorney general in a Biden administration.

The outpouring of wrath against Orthodox Jews by the likes of Cuomo and New York Mayor Bill de Blasio since the outset of the coronavirus pandemic follows in the wake of a year and a half of ever-escalating assaults against Orthodox Jews in the New York metropolitan area. Those attacks culminated with the massacre of Jews in Jersey City, New Jersey and the attempted massacre of Jews in Monsey, New York last November and December.

Rather than take aggressive steps to protect the Jewish communities in neighborhoods like Crown Heights and Williamsburg from the perpetrators, who overwhelmingly hail from the African American and Muslim communities, Cuomo and de Blasio ignored them. Infamously, while making light of the assaults and harassment, de Blasio blamed the attacks on white nationalists.

With a record like the one Cuomo has racked up in New York, and with the Democrat House majority incapable of condemning anti-Semitism when it emanates from its own members, it strains credulity to believe a Biden administration will protect the civil rights of Jews. This is especially true in the growing number of cases where the anti-Semites are either progressives or members of privileged communities within the progressive camp, and the victims are either Zionist Jews or Orthodox Jews.

A Jerusalem Post poll this week claimed that 70 percent of American Jews intend to vote for Biden. Twenty-five percent intend to vote for Trump. If the numbers are true, Trump is already enjoying a larger percentage of the Jewish vote than any Republican candidate since Ronald Reagan. If Cahaly’s models are as accurate in 2020 as they were in 2016, it is likely that Shy Trump Voters in the Jewish community will give Trump more Jewish votes than any Republican has received in history.

On The Rebbe’s 92nd Wedding Anniversary 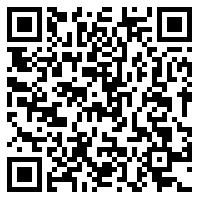