It is almost impossible to capture the essence of Ze’ev Jabotinsky (1880-1940) and his contributions and everlasting legacy in only a few paragraphs.

Zionist, activist, soldier, orator, translator, linguist, outstanding Hebraist, and writer, he is perhaps best known for founding and heading four nationalist and militant organizations: the New Zionist Organization, which maintained contacts with governments and other political institutions; Beitar, which educated the youth of the Diaspora for the liberation and building of Eretz Yisrael; the Jewish Legion, battalions of Jewish fighters raised in the British army to fight the Ottoman Empire during World War I; and the Irgun Tzvi Leumi, which fought against the enemies of the Zionist enterprise.


Among other things, Jabotinsky was a leader of Af Al Pi illegal immigration, by which 40 ships sailed from European ports bringing to Eretz Yisrael tens of thousands of illegal immigrants. A seminal figure in the history of Zionism, he wielded great influence in its political evolution.

Jabotinsky was, in many ways, a prophet way ahead of his time. Foreseeing the demise of the Ottoman Empire, he urged the Zionist movement to become more activist, worked with Trumpeldor to raise a Jewish Legion to liberate Eretz Yisrael, and headed the “First Judean Regiment” to cross the Jordan. For years before World War II, he warned about an imminent holocaust and predicted the death of millions of Jews unless action was taken, including the mass aliyah of Europe’s Jews to Eretz Yisrael, but he was savaged as an alarmist by most mainstream Jewish leaders.

Jabotinsky organized the Haganah in Jerusalem in 1920 and openly confronted Arab mobs during the Passover riots that year. As a member of the WZO Executive (1921), he opposed Weizmann and demanded a militant Jewish stand against the British policy in Eretz Yisrael and the White Paper.

When the 17th Zionist Congress (1931) refused his proposal to define the aim of Zionism as “the establishment of a Jewish state,” Jabotinsky called for greater militancy and formed the New Zionist Organization, whose goal was the transformation of Eretz Yisrael into a Jewish state through unlimited immigration.

Jabotinsky settled in London, where he fought against the partition plan of the Peel Commission, against compromise with the Mandatory Authorities, and against the Haganah’s policy of self-restraint in the face of growing Arab violence. Following the Arab riots of 1936, he became supreme commander of the Irgun Tzvi Le’Umi, embracing a policy of armed violent retaliation against the Arabs. With the outbreak of World War II, he demanded a Jewish army to fight the Nazis alongside the Allied armies, but he died in New York while seeking to enlist support for such a Jewish army.

While the reburial of Herzl in Israel as a virtual founding father of the state received nearly universal acclaim, Jabotinsky’s reinternment in Israel proved highly divisive. Jabotinsky had died from a heart attack on August 3, 1940 during a visit to a Beitar summer camp in New York, and the funeral ceremony, attended by thousands, was held at the Gramercy Park Chapel in Manhattan. In his November 3, 1935 will, which was written in English, he made the transfer of his remains to Israel conditional on a Jewish government of a Jewish state in Eretz Yisrael so ordering.

Prime Minister Levi Eshkol finally fulfilled this condition in 1964 when, unlike his predecessor Ben-Gurion, he made a conciliatory gesture to the Herut movement and ordered that Jabotinsky’s remains be reinterred in Israel on Mount Herzl. The remains were transferred to Israel on July 9, 1964, the 24th anniversary of Jabotinsky’s death, an event that signified the onset of a new era in Israeli politics and in the country’s history.

His reburial was marked by the first open mass demonstration of his supporters in Eretz Yisrael, which led to a revolution in the political order and led inexorably to Begin’s election in 1977 as Israel’s first non-Labor prime minister.

Jabotinsky’s original November 3, 1935 will, which was in the possession of his lawyer in London, had been burned during the Nazi blitz of the city. His widow, Johanna, retained a printed copy, but the fact that no original will existed helped Israel’s leaders evade the controversial issue of bringing his remains to Israel for years.

Ben-Gurion, a long-time rival of Jabotinsky, was insistent on the matter, displaying what some critics characterized as petty vindictiveness: when asked about the matter, he would say that Israel needed live Jews, not dead ones. Ben-Gurion liked to compare Begin to Hitler, going so far as to refer to him as “Vladimir Hitler,” and his Mapai party feared that re-interring Jabotinsky’s remains in Israel would legitimize Begin’s Herut movement – which, in some ways, it actually did.

There was also much angst over the location of the grave and concern that it not be more prominent than Herzl’s tomb. Ultimately, Jabotinsky was buried outside the area reserved for Israel’s greatest leaders.

On March 15, 1964, Israel’s Cabinet finally voted – unanimously – to grant permission to transfer Jabotinsky’s remains to Eretz Yisrael. Informed of the Cabinet’s decision, Ben-Gurion declared that, consistent with his belief that this was always a matter for the government to address, he would participate in the ceremony. Nonetheless, he continued all his life to insist that Jabotinsky had never made any meaningful contribution to Israel and that the entire reinternment affair was little more than a political stunt by Herut.

The government, ruling out a state funeral, decided that the reinternment would be a private affair, to the point that Shimon Peres, then the Deputy Minister of Defense, refused to even permit the formal participation of the IDF. Herut, faced with the difficult challenge of how to design and conduct a national ceremony without the government’s involvement, formed a preparations committee called “Ze’ev Jabotinsky Returns to the Homeland,” a beautiful title conceived by Begin. Begin led the organization along with Eri Jabotinsky, Zeev’s son; Shlomo Dror, a Jewish Legion fighter and mayor of Avichail; Dr. Yehoshua Mazor; and Aharon Zvi Propess, known as “the first Beitarist.”

In this historical July 5, 1964 correspondence signed by all five to Moshe Himmelfarb, who served as the first Chair of the Jabotinsky Institute (1952-1958), they write:

As per the Government’s decision of March 15, 1964, and the Prime Minister’s letter to Professor Eri Jabotinsky, authorizing the raising of the bones of Z. Jabotinsky based upon his November 3, 1935 will, the caskets of Ze’ev Jabotinsky and his wife, Johanna will be raised on the 27th of Tammuz [1964] and will be buried on Mount Herzl on the 29th of Tammuz…

On July 3, 1964, the remains of Jabotinsky and Johanna were exhumed from their graves in Farmingdale, N.Y. The casket was carried through the streets of Manhattan in a hearse drawn by four white horses, followed by a throng waving American and Israeli flags, and Times Square was renamed “Jabotinsky Square” for the day.

The aron was brought to Riverside Memorial and then to a local Young Israel for a memorial service, which closed with Eri Jabotinsky reciting Kaddish for his father and 40 cantors singing an emotional “Kol Berama Nishma” (Jeremiah 31:15).

After a stop in Paris for the plane to refuel, where the aron was greeted by Prime Minister Eshkol, Ze’ev Jabotinsky finally returned to his beloved homeland – 24 years after his death – to a Jewish state in Eretz Yisrael that he had dreamed of and to which he had dedicated his life to fight for.

Exhibited here are the details distributed by Beitar for the ceremony for their beloved leader’s reinternment.

With the completion of the plans for the operation, we are hereby honored to distribute to you the details of our participation in this great event in our lives.

The Reception of the Aronot [caskets] at Lod
The aronot of Z. Jabotinsky and his spouse, Johanna, will arrive at Lod [airport] on Tuesday, July 7, 1964 at about 5:00 p.m. The delegates of the Organization [i.e., Beitar] will appear in an organized manner and in accordance with instructions that will be received from the leaders of the event.
Dress: Black suit, dark grey straw hat
Responsible party: David Milstein

Passing Before the Aronot
On Tuesday, we will gather at 10:45 p.m. next to the El Al offices on Ben Yehuda Street. At 11:00 we will exit with our comrades and our children – the Organizational family – and we will parade together to extend final respects to the Father of our Organization and his spouse. We will pass before the aronot and unite in their memory. From there, we will continue until Rav Kook Street at the corner of Herbert Samuel Boulevard to receive final instructions.
Dress: Black suit/dark, or black pants, long-sleeved white shirt, black tie, dark straw hat.
Responsible party: Otto Zeidman

Travel of the Funeral Escort in Tel-Aviv
On Wednesday, July 8, 1964, the funeral procession will proceed from Tel Aviv to Jerusalem. Those comrades who indicated their interest in participating in the funeral procession of the unit of the Organization will march down the street of honor on both sides of the aronot.
The gathering is at noon at Gan HaKovshim (Chasan Beck), except for the honor guard that will wait until the completion of their guard duty on Herbert Samuel Street, at which point they will join the honor guard.
Responsible party: Baruch Minkovitch

Funeral Procession from Jerusalem
The comrades who are going up to Jerusalem will meet at exactly 1:30 p.m. near the “President Hotel.” From there, we will go out together to the place of gathering for the procession.
At the procession in Jerusalem, we will march with the Organization flag and with a wreath of flowers.
Responsible person: Comrade Dov Velotski

We Will Pass Before the Aronot in Jerusalem
On Wednesday, July 8, 1964, the Organization comrades and their families will pass before the aronot of Z. Jabotinsky and his spouse, Johanna.
The gathering will be at 9:45 p.m. near Terra-Santa.
Responsible person: Dov Velotski

We will observe the operation with glory and we will make certain to maintain silence during the entire ceremony. Even the instructions will be communicated in silence.
We will also emphasize schedule precision, a pleasant procession, and an orderly appearance as is appropriate for such an event.
Dress for comrades: black shoes and socks: black pants. Long-sleeved white shirt. Black tie. Dark straw hat. (Next to Beit Misdar [headquarters] Heshel Schwartz, 40 Nachalat Binyamin Street.)…
With blessings of glory,
The Military Base Guard

Finally, exhibited above is a program for the ceremony marking the unveiling of Jabotinsky’s headstone on Thursday, July 29, 1965. The program included a Shir Beitar dedicated to Jabotinsky; the lowering of the Israeli flag to half-mast; the recitation of Tehillim and Kaddish; and the actual unveiling, followed by the lighting of a memorial candle and the singing of Hatikvah. 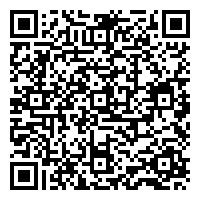