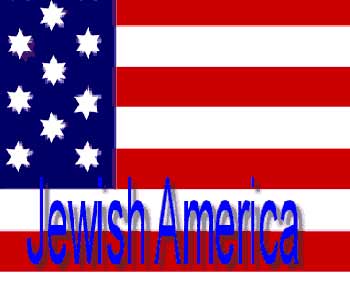 Anyone looking for conclusive evidence that the American Jewish community is in a dangerous tailspin might just have found his smoking gun.

A recently released survey by the Jewish Electorate Institute found that 25% of the surveyed American Jews said that Israel was an “apartheid state,” and 22% believed that Israel was committing genocide of the Palestinians.

There has already been significant speculation about the credibility of this survey, its sample, its methodology and the agenda of this who undertook the survey. Ironically, the implication is that the survey was conducted by a Left wing organization, presumably with the idea of conveying a message that American Jews are really not supportive of Israel.

However, if this was the case, the survey said far more about those who conducted it, and yes, the respondents, than just a way to show disapproval of Israel. There is no way to contextualize this survey, no way to explain away its sample base or methodology that doesn’t change the unmistakable conclusion: American Jews are decoupling. They are decoupling not only from their brethren and the idea of a coherent Jewish people, but also from reality itself.

This latter situation is truly frightening for what it says about the ability of American Jews to sustain themselves going forward. How will they maintain their sense of identity, assuming they seek to do so, when they are buying whole hog into the “big lie,” and exhibiting a mass application of the Stockholm Syndrome (the identification with one’s own oppressors).

The Jewish People has always been challenged both by the prevailing big lie, and the willingness of many of our brethren to throw in the towel and to join the ranks of our oppressors. However, these challenges were largely exhibited during periods of intense persecution, where it became irresistible for many Jews to just stop being marked for isolation, oppression and even death.

Fortunately, no such pressures exist in America for its Jews today; nevertheless, there has been an astounding willingness to believe the most vicious accusations and calumnies about Israel.

Perhaps, however, there are greater than seemingly evident pressures on American Jews, ones that they might not want to acknowledge, but pressures nevertheless to conform, adopt and subscribe to certain narratives and perspectives.

Given how factually moronic the idea of Israel as an apartheid State is (since the purported victims are not even part of the State, but rather are a foreign population whose leadership has adopted an eliminationist policy towards Israel), one is forced to conclude that this judgment represents the parroting of the condemnations of Israel’s bitter enemies on the American Progressive Left.

As a famously skeptical and analytical people, American Jews would be thought to be reluctant to buy into such condemnation in the absence of clear and convincing evidence.

Unless. Unless the facts really do not matter, but what actually matters is who is making the accusations, and the power and influence that they hold over vast swaths of the American Jewish community.

Simply stated, it seems clear that for an enormous number of American Jews, being aligned with the Progressive focus on intersectionality and its approved list of victims and oppressors is more important, far more important, than a willingness to defend one’s own.

What, one must wonder, could make so many Jews so willing to condemn their own, other than a fear of their own cancellation? This is perhaps the real story behind this survey, the power of the Progressives to ostracize those who would disagree, would buck the narrative and demand the right to support Israel while still extolling Progressive principles.

This power is reflected in American Jews’ simultaneous adoption of truly scurrilous, vile and dehumanizing accusations, and their making common cause with those who are not interested in justice or human rights, but rather, the elimination of Israel.

How did we get to this point? What has happened to have led to such a colossal betrayal, such a self-destructive untethering? Where has the leadership, the adults in the American Jewish room, been? Where are all the Birthright alumni who, having seen the amazing reality of Israel for themselves should be in a position of input and influence?

What other self-destructive admissions and confessions will American Jews be willing to make in order to keep from being devoured by the new Jacobins, the voracious Progressives?

Today it is Israel, tomorrow will it be Jewish Peoplehood, and the following week, might it not be Judaism?  Jews are successful, therefore privileged and closet supremacists. Jews are insular, therefore chauvinistic and exclusionist.

Does anyone doubt that this is the logical progression, the next stops along the slippery slope that is surrendering one’s own identity in the hope of…what? Who would want to be a member of the Progressive club, if the price of admission was self-abnegation and de-legitimization?

Ultimately, for many of the surveyed respondents, and presumably for large segments of the American Jewish community, being Jewish is an accident of birth, or a vestige of one’s ancestry, rather than an animating and directing part of one’s life.

For many, being Jewish means being moral and pursuing social justice: tikkun olam. However, since you don’t have to be a Jew to be moral or to pursue justice, there seems to be a question as to why one should even bother with the Jewish angle, particularly in the face of condemnation from those who one wants to be accepted by.

For a great many years, many industry analysts predicted the bankruptcy of General Motors. To them it was like watching a train wreck in super slo-mo, an inevitability that took years and years to play out, but ultimately happened.

Sadly, that seems to be the story of a great deal of the American Jewish community. Progressives did not undo American Jewry. American Jews are undoing themselves, having abandoned Jewish particularity and tradition, and being embarrassed to say that God exists, only to find themselves defenseless when called upon to account for their Israeli counterparts.

Israel is just the first marker down the slope of the disappearance of the American Jewish community. Anti-Semites will not subvert American Jewry. The Jews will do it to themselves. 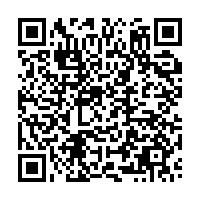