Possibly one of the oddest wonders in politics is the affinity for the Democratic Party, and the Left at large, among American Jews. In fact, when polled before the 2016 election by the Israeli newspaper, Ha’aretz, 70% of Jews preferred Hillary Clinton to Donald Trump. This ratio has remained approximately the same throughout other presidential elections and was the exact same percentage of the Jewish vote won by Barack Obama in his 2012 reelection.


But the question is clear — why? Why would Jews vote for a party that has a long history of anti-Israel sentiments, which continue to grow? Why would they vote for an ideology that embraces anti-Semitic radicals?

Sadly, this is not hyperbole, as there are many examples of anti-Semitic incidents on the Left. Former President Barack Obama was notoriously cold toward Israel for most of his presidency, and showed it often, from lifting sanctions on Iran with the help of Secretary of State John Kerry and Deputy National Security Advisor Ben Rhodes, to humiliating Israel’s Prime Minister Benjamin Netanyahu, and by abstaining from a crucial U.N. vote demanding any Israeli building in the “occupied territories” cease immediately. In fact, in January, a 2005 photo of Obama and Louis Farrakhan, the notorious anti-Semitic leader of the Nation of Islam, emerged, and it was found that the Congressional Black Caucus hid it so Obama’s political career would not be damaged as a result.

But Obama and his administration aren’t the only culprits in this anti-Semitic characterization of the Left. Deputy DNC chair Keith Ellison, the first Muslim elected to Congress, also has a long history of being anti-Israel, including his relationship with Farrakhan. According to the Minneapolis Star Tribune, Ellison attended a dinner with Farrakhan and Iranian President Hassan Rouhani in 2013, although Ellison denies that he knew who would be at the dinner in advance and disavows “anti-Semitism and bigotry in all of its forms.”

But the Star Tribune reports as well that Ellison defended Farrakhan in the 1980s, and that Farrakhan posted on Facebook in December 2016 that Ellison and Rep. Andre Carson (D-IN) visited his hotel during a trip to Washington. Also, during his first congressional campaign, Ellison told The Washington Post that he worked with the Nation of Islam for a year and a half before Farrakhan’s Million Man March in 1995, and since then, Ellison has repeatedly claimed that he cut ties with Farrakhan.

Yet, someone so blatantly radical nearly became the chair of the DNC.

And it does not end there, as Ellison is not the only Democrat to have an affiliation with Farrakhan. Peter Hasson at The Daily Caller reported that Rep. Danny Davis (D-IL) confirmed that he and Farrakhan have a personal relationship, and that Farrakhan’s position on “the Jewish question” doesn’t bother him. He also considers Farrakhan an “outstanding human being.” Additionally, it was reported in The Jerusalem Post that the leaders of the Women’s March, Tamika Mallory, Carmen Perez and Linda Sarsour, refused to condemn Farrakhan for a speech he made last week at the 2018 Saviour’s Event in Chicago, where he called the Jewish community his “enemy,” “satanic” and “the mother and father of apartheid.”

Yet the Left appears to have no qualms about this anti-Semitic issue at all, as they continue to nominate candidates with murky histories for office. Conor Lamb is a Democrat currently running for Congress in a special election against Rick Saccone in Pennsylvania’s 18th District. This past month, The Washington Free Beacon learned that Lamb, while a student at the University of Pennsylvania in 2002, wrote in his school newspaper, The Daily Pennsylvanian, that it was “disheartening to see” a pro-Israel ad in the paper, and referred to Israel as “guilty of terrorism” and accused Israel of “targeting innocent civilians.”

So, why do American Jews overwhelmingly vote Democrat and lean Left?

The answer is simple and can possibly apply to other religions as well. The vast majority of Jews in the United States are secular, or, in other words, a Jew in name only. This translates into calling themselves Jewish but in truth much of American Jewry has little to no connection to Judaism at all. And as a person moves further away from religion, he needs something to fill the void that God should be occupying.

That void, by design, is filled by the State. This is the Progressive Left’s doctrine. The government takes care of a person cradle to grave, and the individual has no one else to turn to for any of his needs. This is one reason why the Left vehemently detests religion altogether.

Sadly, this Progressive mindset that has overtaken the American Jewish community trumps the community’s care for its own interests, especially regarding Israel. CNN’s Jake Tapper, in an interview with legendary Boston Red Sox pitcher Curt Schilling when Schilling asked him why Jews support Democrats, put it this way: “…one of the reasons many Jews are Democrats has more to do with Democrats’ support for social welfare programs and that sort of thing than it does for Israel.”

Tapper’s answer here exemplifies this mindset of government and the State usurping the role of God, and, in turn, causes man to abandon God and his community altogether.

As Jews, we must open up our eyes to this frightening trajectory. The Left and the Democratic Party are not our friends. They do not support our core beliefs or our people. And it is indeed time that we, as a community, came to the realization that we must walk away. 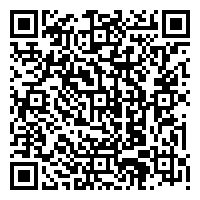