{Written by Justin Amler and originally posted to the MIDA website}

There is an evil that exists in “Palestinian” society.


An evil that seeks to destroy and to kill and to hurt and to eliminate all those around it.

An evil that takes great joy in the murder of innocents.

An evil that celebrates the tears and heartaches of the Jewish people.

An evil that has only darkness in its heart, and only murder in its mind.

Today that evil visited 2 beautiful Jewish souls and snuffed out their light. Kim Levengrond-Yehezkelז”ל and Ziv Hajbiז”ל were taken from the world, brutally murdered by an Arab who will now be hailed as a hero and will, along with his family, receive copious amounts of money for his deed.

He committed the atrocity in a place where hundreds of Jews and Muslims work side-by-side. He bound their hands and shot them point blank, ISIS style, in the back of their heads. Kim was a young mother of year and a half old child. Ziv was an accountant and the father of a three young children. They were not soldiers, they were not armed, they were not settlers. None of the usual excuses made to try to justify the barbaric behavior of Arabs who murder Israeli civilians. They were Jews.

The world will most likely feign their concern, if they mention it at all,  and call for calm and restraint. Then they will continue to supply the Palestinian Authority entity with the funds needed to reward the murderers with a nice sizable pension that ensures the rest of their lives will be lived in comfort, while being honored by their community.

Instead, the “Palestinians” will name town squares after the murders. Schools will bear their names and great big murals on walls will carry their image and “legacy” for all to admire and emulate. And all this time… this world will throw more money at them and demand from the tiny Jewish State that this evil that exists must be rewarded and it must be given a state of their own, a state whose goal is to continue that path of murder that the world turns a blind eye to. Then we will have peace, we are told.

But peace will never come when dealing with evil, because evil has only ever had one goal: to destroy everything and to kill everyone.

You can only fight evil with the sole intention of destroying it, because anything less will ensure it will keep on trying to destroy you. 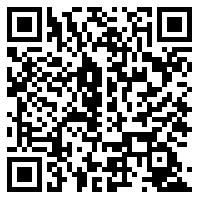