U.S. Special Representation to International Negotiations Jason Greenblatt called for ‘universal condemnation’ of the vicious murder on Sunday of two Israelis, execution-style, by a Palestinian Authority terrorist, and the shooting at close range of a third.

“The Barkan Industrial Center is a beacon for coexistence and a model for the future,” Greenblatt pointed out in his post on the Twitter social networking site.

“Today’s terror attack is reprehensible and should be universally condemned.

“Join me in praying for the wounded and sending comfort to the families of the victims.”

Likewise, U.S. Ambassador to Israel David M. Friedman expressed his deep sympathies to the families, and pointed out the terrorist had targeted a site that has been a longstanding center of coexistence.

“The Barkan Industrial Zone has been a model of Israeli-Palestinian coexistence since 1982, with thousands working and prospering together,” Friedman wrote in his tweet.

“Today a terrorist shattered that harmony by brutally murdering two Israelis at work.

“Our deepest condolences to the families of the victims.” 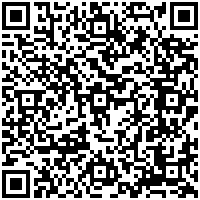