I presume you are all having a serious conversation about the recent decision to remove the plaque honoring George Washington.


As someone living in a country where national symbols are also a subject of tense discussion, I thought perhaps it might be worth alerting Christ Church staffers involved in decision-making and outreach that given Washinton’s growing regret regarding slavery (starting with his admiration for black soldiers in the Revolutionary War), and his eventual penitence leading to his posthumous manumission of all his slaves and provision for all those not able to work, it might be more appropriate to change the plaque rather than simply remove it — an action which would not educate members and visitors regarding Washington’s complex but ultimately positive position towards emancipation and full civil rights for blacks.

In fact, with the current newsworthiness of the story, it would be an excellent stand against the Alt-Right phenomenon to publicize Washinton’s conversion from a typical slave-owner to someone who could state, “I can only say that there is not a man living who wishes more sincerely than I do, to see a plan adopted for the abolition of [slavery],” and in another letter, “The unfortunate condition of the persons, whose labour in part I employed, has been the only unavoidable subject of regret… to lay a foundation to prepare the rising generation for a destiny different from that in which they were born; afforded some satisfaction to my mind, & could not, I hoped, be displeasing to the justice of the Creator.” (For a review of GW and his stance on slavery, see http://www.mountvernon.org/digital-encyclopedia/article/george-washington-and-slavery/)

I truly respect the struggle that your church is having with the proper use of national symbols, and wish you much strength in reaching the best possible decision for all. 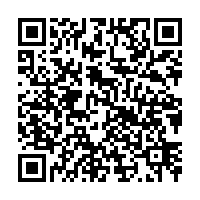