After the “Summer of Charlottesville” in which white supremacists, the KKK and neo-Nazis clashed with police and with the left over the municipality’s decision to remove a park statue of General Robert E. Lee, commander of the Confederate Army of Northern Virginia – the drive to take down memorials of historic American figures based on their position on slavery has now reached its absurd point as an historic Episcopal parish in Alexandria, Virginia, which once counted George Washington among its worshipers, decided to remove an 1870 memorial plaque in honor of our first president. Also coming down – a memorial plague honoring General Robert E. Lee.

In one of his statements in mid-August, President Donald Trump appeared to have foretold just this kind of move: “So this week it’s Robert E. Lee,” Trump said to reporters, adding, “I notice that Stonewall Jackson’s coming down,” referring to the best-known Confederate commander after Robert E. Lee.

“I wonder: Is it George Washington next week, and is it Thomas Jefferson the week after?” Trump asked. “You know, you really do have to ask yourself – where does it stop?”

Here’s a suggestion as to where it might stop: Israeli attorney Nitsana Darshan-Leitner, the head of the Shurat HaDin-Israel Law Center – a tireless fighter for the cause of victims of Arab and Iranian terrorism – answered the president’s question in late August by going even further back in history, calling on Mayor de Blasio to remove New York City statues of the late Peter Stuyvesant, the last Dutch director-general of the colony of New Netherland from 1647 until it was ceded to the English in 1664.

“Peter Stuyvesant was an extreme racist who targeted Jews and other minorities including Catholics and energetically tried to prohibit them from settling in then New Amsterdam,” Darshan-Leitner argued. “New York, of all American cities, which boasts such important Jewish history and claims such a present day vibrant Jewish community, should take the lead in denouncing Stuyvesant’s bigotry.”

There have been calls this summer to remove Christopher Columbus statues from the streets of north American cities, too. After all, with his discovery of the new world, Columbus was the equivalent of Patient Zero in the saga of bad things Europeans have perpetrated on two continents. With that in mind, we should probably go back and take down the statuesque memory of those Asian tribes who crossed the Bering Sea to engage in centuries of violence even before the white man arrived.

“Earlier this summer, the Vestry began to consider whether the George Washington and Robert E. Lee memorial plaques should remain in or be moved from the worship space,” goes an October 26 letter to the Christ Church, Alexandria congregation. “The Vestry also began to consider how Christ Church can better understand and present our significant history, which dates back to 1773. This was not a discussion we entered into lightly, but rather a sincere attempt to have a family conversation about our worship space, our larger history, and our future.

“The plaques in our sanctuary make some in our presence feel unsafe or unwelcome.”

Finally, the church letter goes: “The plaques in our sanctuary make some in our presence feel unsafe or unwelcome. Some visitors and guests who worship with us choose not to return because they receive an unintended message from the prominent presence of the plaques.”

“Unsafe?” Because of a plaque in honor of President Washington? Seriously?

The current war over statues in public places is all about politics – neither side, right or left, is in it for the art or for the history. The left in southern states like Virginia, North Carolina and Georgia, whose demographics have been changing for more than a decade with an influx of educated northerners in urban centers, wants to emphasize this shift by taking down the marks of the old regime. The right in the same states, in an effort to push back, is fighting to preserve the relics of the Confederate South – with its legacy of brutality and repression of African-American slaves.

The fact that the statues of American heroes of freedom and democracy such as Presidents Washington and Jefferson, both natives of Virginia, are under attack because they also owned slaves, is the perfect indication that this war on statues has nothing to do with love of art or history. After all, the very elections that have brought a new liberal political base into power in the southern states near Washington DC – would not have been possible without those two southern gentlemen, Mr. Washington and Mr. Jefferson.

“Therefore the wise will keep silent in such a time, for it is an evil time,” advises the prophet Amos (5:13), and adds (5:15), “Hate the evil, and love the good, and establish justice in your gate.”

And please don’t change the name of Stuyvesant High School. 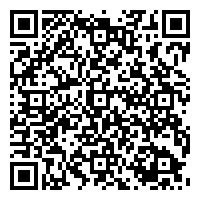