Do United Nations diplomats ever read the numerous anti-Israel resolutions put in front of them?  Or do they automatically raise their hand in a five-decade automatic knee-jerk reaction?

I ask because I read some of the conditions of a recently approved stab at Israel on 18 November 2020.


This draft resolution had to do with treating Jewish homes in Judea & Samaria and our capital, Jerusalem, as if they belong to a non-existing country and that Israel has no right to our ancient land and our homes.

This draft resolution passed with a 156-6 majority.  The minority countries were Israel, the United States, Canada, the Marshall Islands, Micronesia and Nauru.

Why do tiny Pacific islands seem to possess more common sense than all the European countries, or even Australia and New Zealand?

Again I ask, did the diplomats that approved the motion read the wording before they raised their hands? Or were they following official guidance from their capitals?

This was a resolution that has been approved annually for decades, so perhaps they can be forgiven for overlooking the wording.  Wording that talks about recognizing Palestinian “sovereign rights” to the “natural resources” of the West Bank and East Jerusalem.

What sovereign rights does a non-existing country possess?

As they refer to the West Bank, could they be indicating that this territory belongs to Jordan, a country that once claimed this land as theirs? The “West Bank” being on the other side of the River Jordan.

Another head-scratcher was the reference calling on Israel “not to impede Palestinian development and export of ‘discovered’ oil and natural gas reserves.”

I would love for any UN diplomat to tell me precisely where the “discovered Palestinian oil and natural gas reserves” are located.

Do I assume correctly that they are the natural gas reserves out in the Mediterranean that Israel is currently drilling and supplying to Jordan, Egypt, and preparing a pipeline to Greece and Cyprus for delivery to Europe, a continent that voted on mass against Israel?

The entire European Union bloc, including the United Kingdom, voted against Israel.

Australia joined the countries that did not have the guts to vote against this annual Israel-hate ritual by deciding to abstain. The other abstainers were Brazil and Third World countries such as Cameroon, Central African Republic, Chad, Cote-D’Ivoire, Guatemala, Haiti, Honduras, Kiribati, Madagascar, Papua New Guinea, Samoa, Togo and Tuvalu.

No other country has had so many resolutions leveled against it as has the Jewish State. Surely there are legal grounds to sue the United Nations General Assembly for anti-Semitism as defined in the internationally recognized IHRA working definition by applying the double standards that they fail to apply to more malevolent member states.

In surely a major display of diplomatic hypocrisy, two countries, the UAE and Bahrain, that recently signed normalization agreements with Israel, voted against Israel in an Israeli-sponsored resolution that called for greater global entrepreneurship and sustainable development, even as these two countries signed up with Israel for precisely that purpose.

Despite their traditional obstinacy, this Israeli sponsored resolution passed 144-26 with nine abstentions. Among the abstainers were Sudan and South Sudan who are hesitating about signing an agreement with Israel.

The foolish aspect of the behavior of Arab states was that this resolution was not connected to the Israel-Palestinian conflict. It was global in nature. Yet the very nations that would benefit from this Israeli diplomatic initiative voted against it.

Mauritania spoke for the Arab group when it accused Israel of being disingenuous in its sponsorship of the resolution.

It was disappointing for Israel to see the UAE, Bahrain, and others vote against Israel and get a third party to speak for them even as they are working at warp speed to develop the same Israeli entrepreneurial spirit that they voted against at the United Nations.

But, basically, this is the cynical hypocrisy that Israel has been battling against at the UN for far too long.

Despite that, Israel’s Ambassador to the United Nations, Gilad Erdan, said that the passing of the resolution was a victory for Israel and for all countries that care about the future. 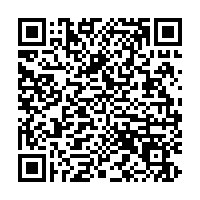