Home Health and Medicine Coronavirus Shin Bet Geolocation Sends You to Quarantine Even If You Only Spoke...
Share on Facebook
Tweet on Twitter
Photo Credit: Courtesy of the Museum of Modern Art/Film Stills Archive, NYC

The Shin Bet Internet geolocation system may lead to the identification of a person who was in the vicinity of a verified corona patient even if they were in contact only by telephone and did not spend any time at all in the same room, Reshet Bet radio reported Tuesday morning.

Internet geolocation is software capable of deducing the geographic position of a device connected to the Internet. For example, the device’s IP address can be used to determine the country, city, or ZIP code of an object’s geographical location. Other methods include the examination of a MAC address, image metadata, or credit card information.

Israeli citizens who were geolocated by the Shin Bet clandestine police and told that they had been exposed to a Corona patient, reported that the only contact they had with the patient in question was over the phone, which included calls or text messages.

A senior Health Ministry official acknowledged that this was a known problem of the system, but added that there has been a recent improvement, resulting in a decrease in the number of these errors.

Prof. Efrat Monsonego Ornan, Head of the Department of Nutrition at the Faculty of Agriculture at the Hebrew University in Jerusalem, received such a false message even though at the time it was alleged she was exposed to a patient, she was engaged in a zoom lecture.

She told Reshet Bet: “Last week I received a text message telling me that according to an electronic investigation I had been exposed to a verified patient and had to go into isolation. I knew for sure that when I was alleged to have been exposed – I was alone in the office. I called the Health Ministry to get a release from the isolation, and in conversation with the interrogator, it turned out that I was not at all close to the person they think I was exposed to, but I was in contact with him by email, WhatsApp and phone, close to the time it was alleged that I was exposed, so I think that was the reason why they thought I had been exposed in the first place.”

Attorney Dr. Adi Niv-Yagoda who specializes in Healthcare Policy and Medical Law agreed that alongside the benefit of using Internet geolocation to alert the exposure to Corona patients, the technology involves a disproportionate invasion of privacy. For example, the use of the technology, which is not only based on geographical location, such as identifying phone calls or messages, may reveal hidden connections between different people as well as between commercial concerns.

Dr. Niv-Yagoda added that against the background of the dramatic erosion in the public’s trust in the government’s measures and motives, it seems that at this stage the damage from the Shin Bet’s deep intrusion into the private space outweighs the benefit to the public health.

The Health Ministry then responded that, indeed, like any technological tool, the Shin Bet’s Internet geolocation has advantages and disadvantages, which is why they established a center that receives the public’s complaints regarding the system’s numerous errors. 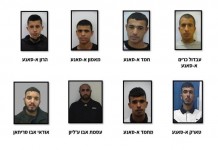 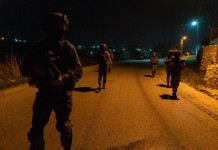 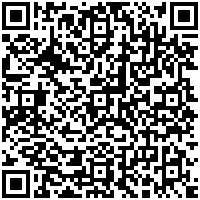