But even though it might be easier to keep pretending that it doesn’t exist, it’s time once again to face the truth about a not-inconsiderable segment of American Jewry: More than a few of us are religious bigots.

How can a group that has faced prejudice for two millennia and suffered a Holocaust within our living memory harbor such feelings?


The answer is that as long as you are talking about Jewish opinion about other Jews, such sentiments always seem to bubble just beneath the surface.

This phenomenon is on display for all to see in the November issue of Philadelphia magazine in a feature by Philip Weiss, tastefully titled “Oy Vey, There Goes the Neighborhood.”

The neighborhoods in question are Lower Merion and Bala Cynwyd, once the heart of the traditionally WASPish and prosperous Main Line suburbs of Philadelphia. While large numbers of upwardly mobile Jews have been a fixture in the area for generations, the problem, at least for some quoted by Weiss, is that the last two decades have seen an influx of Orthodox Jews into the area.

The event that precipitated the growth of the Orthodox community there was the creation of an eruv, which enabled Jews to carry objects or push baby-strollers outside their homes on the Sabbath and holidays. Along with all the other requirements for an observant lifestyle, like readily available kosher food, schools and synagogues, an eruv is an indicator of an Orthodox-friendly neighborhood.

So what’s the problem? According to Weiss, seculars “are put off by the fundamentalism and narrowness of the Orthodox Jews.” Even worse, Weiss says that these secular and presumably politically liberal Jews worry that the Orthodox are “diminishing an enlightened community importing a culture of narrow-minded fundamentalism.”

One reason for this sentiment is a function of the Orthodox community’s tendency toward greater political conservatism. Another, he points out, is the nature of Orthodox religious belief, which has led to what Weiss calls a degree of “evangelism” about Sabbath observance and lighting candles on Friday nights.

This “Jewishizing of Lower Merion,” as Weiss puts it, has put secular Jewish teeth on edge. Even worse, he writes, is the fact that the Orthodox have views about gender relations, homosexuality and sexual morality that clash with the beliefs of those who embrace the popular culture of our day.

Weiss says that he found no one who would express such sentiments on the record (other than himself and his editor Larry Platt, who wrote in a separate editor’s note that he and his wife like to drive down a major street in the avenue on Shabbat and play a game they call “Spot the Jew” whenever they spy the Orthodox on their way to shul), so he is forced to merely quote people, like a friend of his mother’s, anonymously. This is a major journalistic failing, and would normally speak to either the flimsy nature of the thesis that Weiss is seeking to illustrate or to his laziness.

But lack of reliable sources notwithstanding, I’m prepared to accept his thesis that this hostility is real. One need only read Samuel G. Friedman’s Jew vs. Jew, the Columbia University journalism professor’s 2000 study of several varieties of intra-communal Jewish conflict in the United States, to see that such sentiments are hardly rare.

The pattern is a common one. In the case of Lower Merion, as Weiss puts it, the new Orthodox arrivals “altered the character of a liberal suburb.”

He writes of non-observant Jews sitting in a non-kosher, “Jewish-style” restaurant on the Sabbath, viewing flocks of the observant walk past them on their way to shul. The implication is that the diners are somehow threatened by the shul-goers.

It seems the Orthodox presence isn’t a form of diversity that an otherwise liberal community would extol. Why? Because the shul-goers are viewed in some way as a challenge to the seculars, who feel that their own way of life is threatened by the Judaism proliferating around them.

The notion of educated, sophisticated and even affluent Jews embracing an Orthodox lifestyle with all it entails is profoundly disturbing to those who saw assimilation into the mainstream as the main goal of American Jewry.

Indeed, Weiss’s mother’s friend seems a convenient symbol of a generation that views a vibrant Orthodoxy as frightening specifically because it seems to place the disintegration of her own family’s Jewish identity (none of her grandchildren are Jewish) in a less than flattering light. 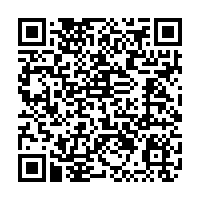