On December 10, 2018, the Fundamental Rights Agency released a study on anti-Semitism in 12 EU countries entitled Experiences and Perceptions of Anti-Semitism. Branded the largest-ever survey on anti-Semitism, its figures have been quoted by many media outlets in various countries without attaching any critique to those figures.

This is unfortunate, as the methodology of the report does not meet the statistical criteria for representativeness. The researchers put it this way: “Although the results cannot be considered as representative of all Jewish people in the EU, they constitute by far the largest collection of empirical evidence on discrimination, hate crime and anti-Semitism against Jews in Europe since FRA’s first such survey in 2012. A variety of Jewish organizations mainly used their mailing lists to obtain responses to the questionnaire.”

This logically leads to the conclusion that for the most part, “involved” rather than assimilated Jews filled out the questionnaire. It is also reasonable to assume that among those “involved” Jews, those very concerned about anti-Semitism were more inclined to complete the questionnaire than those less concerned.

Ignoring these methodological shortcomings leads to misinterpretation of the findings. While the qualitative outcome of the survey can be considered correct, some of the percentage figures quoted are probably on the high side.

Still, even the report’s qualitative findings are extremely important. Even if many Europeans are not anti-Semites, anti-Semitism has been part of European culture for millennia. It didn’t show up much for a few decades after the Holocaust, but it is very visible this century.

In the introduction to the study, the authors say that the EU and its member states are required by law to do everything in their power to combat anti-Semitism effectively and to safeguard the dignity of Jewish people. The study concludes, however, that anti-Semitic harassment in EU countries is so common that it has become normalized. This means that these states have grossly failed in the fight against anti-Semitism, some more than others.

Anti-Semitism wasn’t considered politically correct in Western European countries after the Holocaust. Thus anti-Semitism often morphed into anti-Israelism, which does not carry the same stigma. Many Europeans still don’t want to admit that this mutation has taken place.

The study leaves little doubt about this. In the Middle Ages, Christianity introduced the concept that Jews are absolute evil, whereas in today’s society, Nazism is considered the absolute evil. The most common anti-Semitic statement encountered by Jews in Europe is that Israelis behave like Nazis toward the Palestinians. A survey on anti-Semitic experiences in the Netherlands in November 2018 found that nine out of ten respondents have been personally reproached about the Israeli-Palestinian conflict.

That Jews experience these slurs should not come as a surprise. A 2011 study by the University of Bielefeld based on a statistically representative poll in seven European countries found that more than 40% of the population agreed with the statement that Israel behaves like Nazi Germany.

As many as 28% of respondents said they had been harassed at least once in the past year. The study also found that those who can be physically recognized as Jews are much more subject to harassment than those who are not. Three percent of respondents said they had been physically attacked because they are Jewish in the five years before the survey.

Thirty-eight percent of Jews interviewed considered emigrating in the five years preceding the survey because they did not feel safe. That figure that seems high, as does the finding that 34% of respondents avoid visiting Jewish events or sites because they do not feel safe. Well before this century’s major outpouring of anti-Semitism, many Jews in Europe were so assimilated that they never visited Jewish events or sites in the first place.

One positive element was mentioned. About half of the respondents said their national governments make efforts to ensure the security needs of Jewish communities. Far more effort is being made by governments to put police or the military near synagogues or other Jewish institutions than was the case five years ago.

In view of the “normalization” of anti-Semitism in Europe, it is not surprising that the study found that few Jews report anti-Semitic incidents to the police or other institutions. Four out of five respondents who had been harassed did not report it.

Even if not fully representative, the findings of this study are a damning statement about Europe’s hypocrisy, pervasive anti-Semitism, non-selective immigration policies that bring many additional Jew-haters into Europe, widespread anti-Israelism, and huge discrepancy between the rhetoric of European leaders on fighting anti-Semitism and their actions. 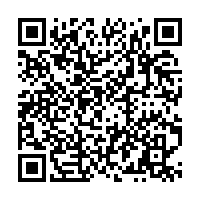