Coalition chairman MK David Amsalem on Sunday told a meeting of Likud ministers that debates of a new IDF draft law would be held, even without the Haredi coalition parties.

In less than a month, the High Court’s deadline for amending the existing draft law will expire. Accordingly, Chairmen Amsalem said, “We will have the debate on the draft law on Tuesday, even if the Haredim boycott it.”

Behind the scenes, there are attempts to soften and resolve the crisis, but as long as the Council of Torah Sages insists on withdrawing if the law passes through three readings, there will be no change.

The Haredi parties have apparently reached the conclusion that Prime Minister and Minister of Defense Benjamin Netanyahu had decided to pass the new draft law without changes, not even minor ones, as demanded by the “Lithuanian” wing of UTJ—Degel Hatorah, and Shas.

According to a senior official of the Haredi parties who spoke to Kikar Hashabbat, “if there is no significant change in the next two days, then in about two weeks into the new year, the new draft law will be brought up for a vote in the Knesset plenum.”

It is estimated that Netanyahu does not want to change the draft law on behalf of and with the support of the Haredim, for fear of losing the support of his core, right-wing voters, meaning that the future of the current government depends on Litzman and his spiritual guide, the Gerer Rebbe.

Should the law pass with the votes of Liberman’s and Lapid’s opposition parties, the Haredim are expected would most likely quit and topple the Likud-led government. In another scenario, if nothing is done about the draft law, the government would let the law expire and kick the can down the street to the next government. Until then, Haredim would not be conscripted against their will, assuming the IDF HR would play ball.

The Haredi official cited by Kikar Hashabbat said he had spoken with Netanyahu about the new law, said: “Our fear is that the draft law will not pass and Netanyahu will not declare early elections. In such a scenario, we would vote against the law, Netanyahu is certain that Yair Lapid and Avigdor Lieberman would vote for it, and it is clear to everyone that on that same day the government would collapse and we’ll go to an elections.” 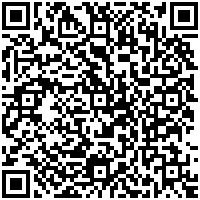